For months they organized marches against racial inequality. Now they want to see change.

The 10For10 group is made up of young people fighting against gun violence, police brutality, and racial inequality. 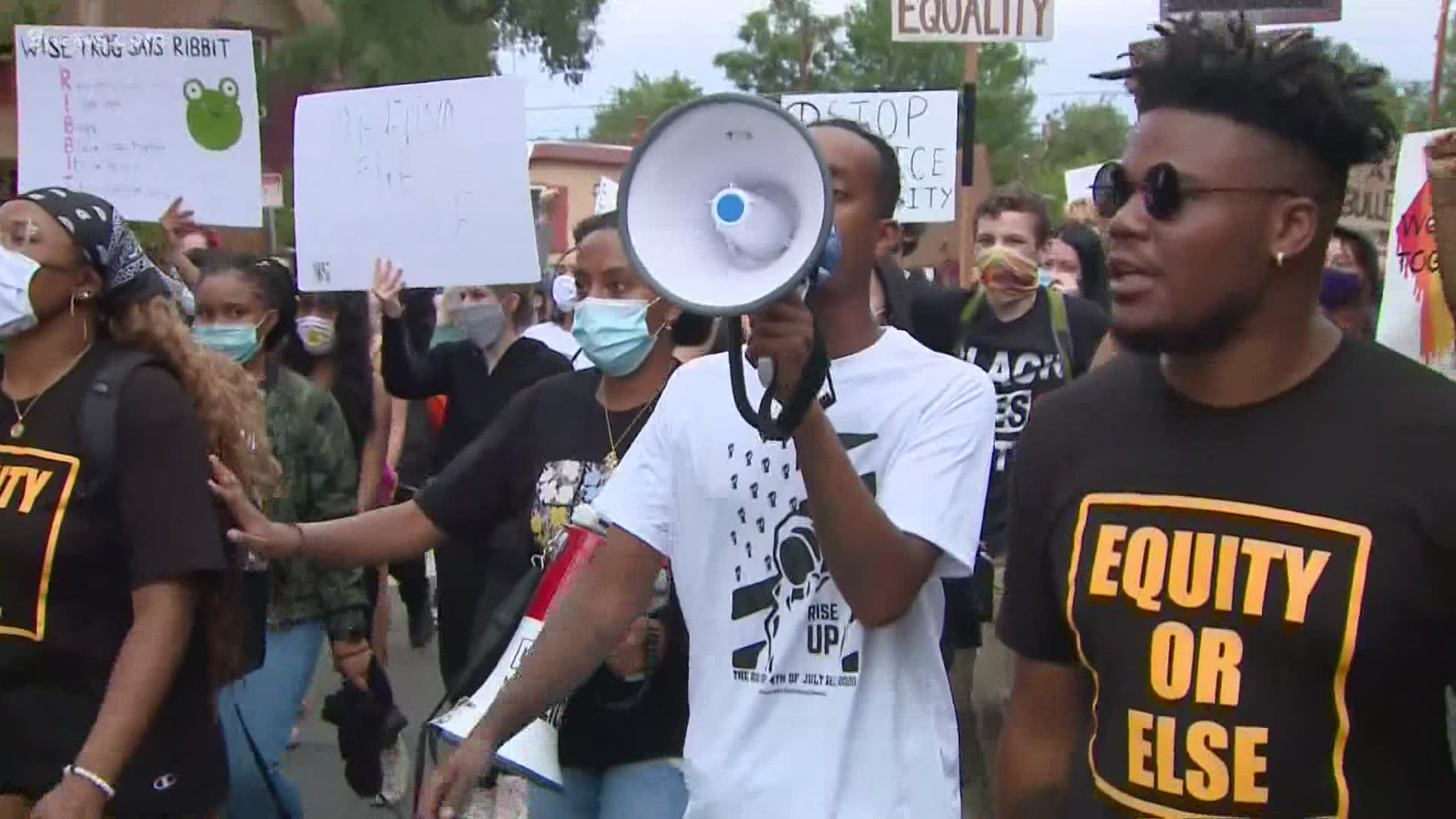 DENVER — For months the chants for racial justice rang out through Denver, with thousands of people marching in the streets around Colorado for change.

As we continue to look at how Coloradans are working to change racial disparity in our state, we want to focus on the changes some of the youngest organizers are fighting for.

Peter Lubembela and Jlynn Terroade are two leaders of the 10For10 group, an organization of young people in Colorado fighting for racial equality and against police brutality and gun violence. They were busy this summer protesting for change.

"This is the beginning. This is just the start. I have complete faith in that," said Terroade. "You plan it all out, you’re in these meetings late at night organizing, making phone calls, asking for favors, getting donations. And then to see all of it come to life right in front of your eyes, you’re taken aback."

Lubembela started the group as a way to give back to the community, asking 10 black men to give $10 to feed 100 people at the local shelter. From there, it’s grown into something much bigger.

After a summer of protest, both Terroade and Lubembela are now back in Washington DC where they’re students at Howard University. The fight continues back in Denver.

In July they gathered in Montbello, chanting the names of friends lost to gun violence and standing in silence in the hope that no one else will be killed.

"We're fighting to be heard… demanding to be heard. Letting people see us. Making sure that they feel us. Refusing to be silenced," said Terroade. "It’s kind of frustrating to be asking for something that feels so in-reach, but to be told no over and over again."

10For10 has the ear of the leaders of this city. At one march they organized the police chief and mayor showed up. Now they say it’s time for them to act on what the group of young people have told them.

"Everyone knows the fact that our education system is underfunded," said Lubembela. "We all know kids of color, especially black and brown kids, don’t necessarily have the resources that they need to be successful."

For mental health resources, for education funding, for safety and security, for after school programs, 10For10 marches. The march has just begun, but it’s far from over.

RELATED: How a Colorado woman is trying to help more students of color earn college degrees