From gang member to health and wellness advocate, how a Denver man is helping his community

Halim Ali is the founder and executive director of From the Heart Enterprises, a Denver organization that focuses on mental health and wellness. 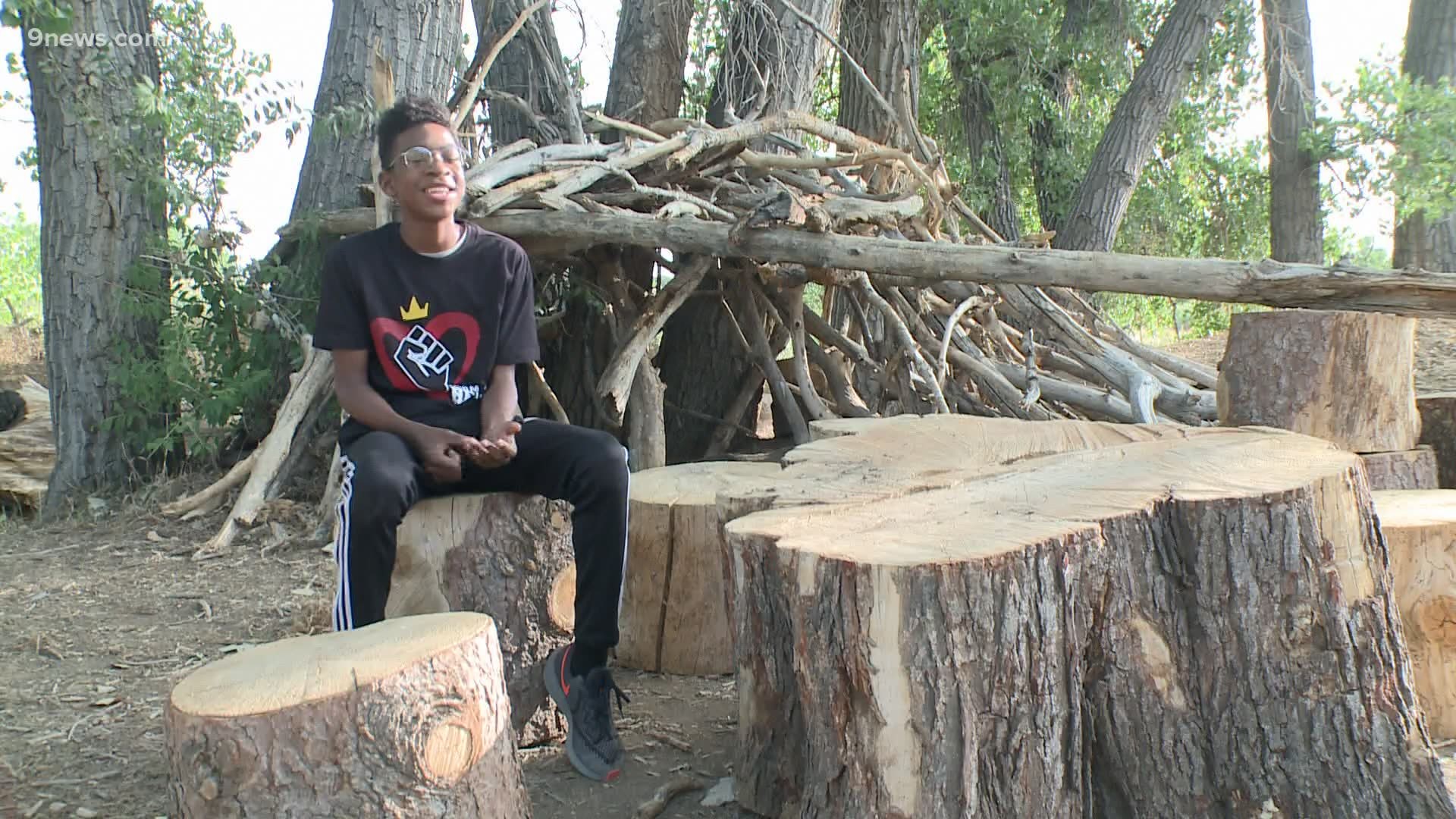 DENVER — On Monday mornings, Halim Ali meets with a group of men to exercise at Bluff Lake Nature Center, a 123-acre wildlife refuge along Sand Creek on the eastern edge of Denver.

Ali is the founder and executive director of From the Heart Enterprises, a Denver organization that focuses on mental health and wellness.

The organization currently has a campaign working in direct response to COVID-19, police brutality, racism and mental health in Black men.

9NEWS spoke with Ali about mental health what he's doing to help his community.

Editor's note: The answers below have been edited for context and clarity.

Ali: From the time I was a youth, I’ve always been in trouble. I’ve always been a fighter. I’ve always had anger issues. This is what got me into my work in the first place, in terms of mental health and wellness. Having an outlet to release adrenaline – having an outlet to speak to other brothers, to talk about your problems, to exchange tools and solutions – I mean the physical is one aspect. But, the greatest aspect that we’re dealing with here, when we’re talking about physical health, mental health, emotional health and spiritual health, we’re able to capture all four in this space.

How would you describe the state of your community right now?

I’ve lost friends over the course of the last couple of months who were in their 40s, because of their livers failing, because of health issues. So, I look at the unhealthy, the gun violence, the violence that wrecks our community and the crime. But then I also look at the lack of self-care for Black men. So, the young Black men are killing themselves and the older Black men are living with deadly diseases, just like what just happened to the Black Panther, Mr. Chadwick Boseman.

He lived with this condition for years, and this is what we do. So, we don’t talk about our mental health. We rarely talk about our physical health. If something is ailing us we will tend to mask it with some type of vice, right? With alcohol, with cigarettes or drugs, as opposed to looking – staring it in the face – confronting the issue. So, when we talk about the community, I mean, it’s imploding from the inside, and it’s also exploding from the outside. But, police brutality is not the only thing we have to be concerned with.

I’ve always been a spiritual person. But, the charge that was put on my life at a very early age, I didn’t want to accept responsibility for what I was being called to do. It came to a point in my life where I was having severe family struggles and I realized that no one could change the environment except me. I had to change myself. You know you can always look at other people and be mad at them for what they’re not doing. I’ve spent a lot of time blaming family members, blaming society, blaming the White man, blaming this, blaming that. And then, when I stopped and I said, "you know what, I’m living in a victim role – in a perpetual victim role." And as soon as I took that accountability, my life opened up. I was able to start helping the same young men I saw myself in. So, I could see myself in these young men. I could see the patterns that they were following. I made it. But, I didn’t make it through unscathed. I’ve been shot. I’ve been jumped, felonies, jail, drugs, homelessness, everything you could imagine, I’ve been through.

I didn’t know that my life would last this long. So once it did, what I realized – especially reflecting upon my community – I said, "you can do something about this because you can speak to it from an experience perspective, not just a theoretical perspective. You’ve walked miles in these young men’s shoes."

How do you keep coming up with new ways to help your community?

You know, I really feel like it’s hands-on, it’s getting out in the streets, talking to the people and seeing where the problems lie, where the crisis lies. Then it's getting creative, looking at my resource base, looking at the organizations that I have alliances with and understanding the skill sets of the people that I’m around. So whether it’s a gym environment, a dojo environment, a learning environment, or even training or shadowing a dentist – I’m so connected – whatever their dream is, studio, recording, photography, videography, I try to connect people.

I understand that I cannot provide all of these needs; I’m only one man. But, what I can do is make phone calls on individuals’ behalf. I can connect people to resources and to services.

Sometimes there are other needs that the community has where I have to call in one of my trusted partners. And it’s like, "OK, let’s give the people something different to focus on. Let’s show the people that recovery is possible. Let’s show the people how resilient we are as a species, that we don’t have to succumb to a virus. We don’t have to succumb to what the media is saying. We can actually control our own air. We are in charge of our own lives."

Sometimes when we encounter a crisis we feel like it’s over. There is no life after the crisis. But, there is life after a crisis, and this is what we promote, that recovery’s possible.

What are your core values?

Our motto, our slogan, what we say is, uplifting fallen humanity, one man, one woman, and one child at a time.

One of the main principles that I live by – that I exist by – is to control your own air. And there are so many places we can take that. I refuse to leave my destiny in someone else’s hands. We have to take charge of our own lives. We are responsible for our own lives.

I don’t entertain notions of hate – it doesn’t matter what I see on the media. When I see police brutality and I see these things, yes, it bothers me, but am I going to reduce myself to the sense of a brute or an animal to fight like it’s being imposed on us? Do I have to become less than a man, and become an animal in order to combat that?

I refuse to do that. I’ve done martial arts for 20 years. However, it’s not to fight. It’s not to hurt people. It’s for mental health and wellness. It’s not so I can get out and fight the police and get out and hurt somebody. That’s not where my head is, it’s not where my heart is. I follow my heart and this is why we say, "from the heart." We do things from the heart with no funding in most cases. You reap what you sow. If you put good out in the world, you’re going to be taken care of.

RELATED: A business in Golden donated 1,000 t-shirts to be turned into diapers for mothers in need. You can donate too.