Studies show racial disparities when it comes to how Black people can access mental health services. 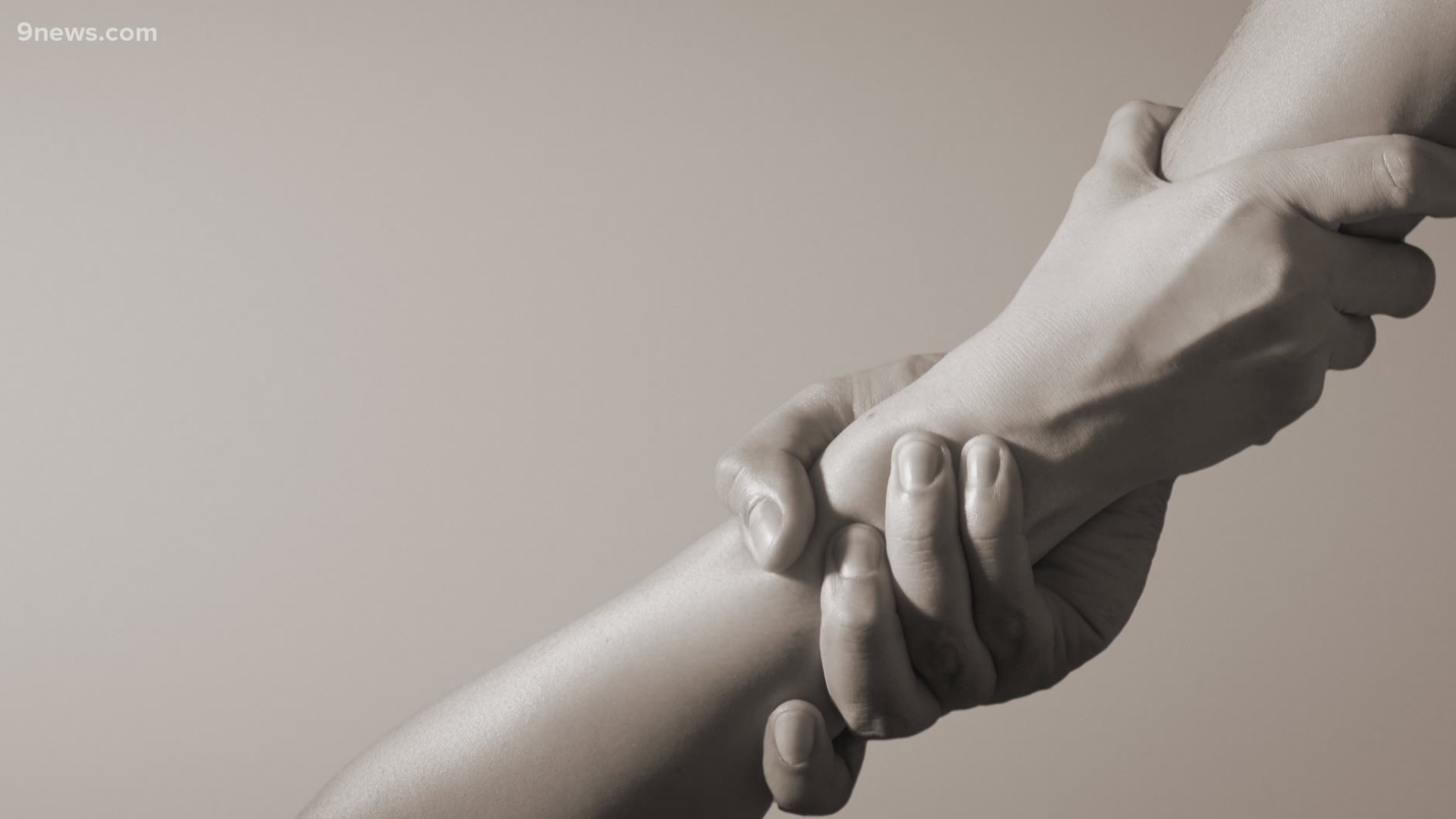 DENVER — To fully grasp mental health in Black communities you have to look into its history. Racial equity expert Dr. Rosemarie Allen said mental health care for African Americans was dismissed early on in America.

“In the mid 1800s, it was strongly believed that African Americans could not become mentally ill and it was believed that there was no basis for Black people to suffer from mental illness because they were not functioning members of society, “ said Dr. Allen.

Mental health became a well-kept secret and quieted conversation in many Black households.

“In the Black community we have this cultural silence of what happens in our home stays in our home, and then this stigma around mental health and being crazy”, said Dr. Allen.

“It has historically been something in our community that folks discouraged us from talking about and not airing our dirty laundry,” 9NEWS legal expert Whitney Traylor said.

Traylor, who is also an attorney and professor, shared how he’s dealt with mental health personally.

“I didn’t even realize I might be having mental health issues because I didn’t connect the dots and I feel that I am fairly self-aware and I didn’t realize it got to the point where I was crying randomly and frequently” said Traylor.

Being a prominent Black man in the public eye did not make the situation easier.

“A lot of times we are in position where we are a resource to somebody else”, said Traylor. “For me, I had students, clients, or family and you can tend to put yourself to the side and not take care of yourself.”

Even with success in his career, Traylor said his race still puts extra weight on his shoulders.

“I have been practicing for twenty-five years and I have never had a Black juror and I have had a lot of jury trials,” Traylor said.

Being the only person in a room who looks like you can create discomfort and a fight inside of your mind you didn’t ask to have.

“There is an additional pressure, I definitely think, if I don’t do a good job for this client, they will never hire a Black attorney again,” said Traylor.

In 2017, a report of the National Task Force on Lawyer Well Being examined mental health struggles in the law profession. The American Bar Association reported minority groups have higher unmet mental health needs in comparison to non-Hispanic whites.

“Even when members of the community are brave enough to seek out the services there’s still that culture of silence where we don’t talk about it where mental illness is considered a weakness,” Dr. Allen said.

Licensed professional counselor Monica Randle said it goes back to upbringing and the way we introduce and talk about mental health to children.

Randle said it’s important to look for signs and listen to the child.

“Signs are going to look different on kids than adults so when you see youth struggling, you may find they are more agitated," Randle said. "And instead of treating it like a behavioral issue, we need to treat it as a mental health issue and get them the services that they need."

Black men, women, boys and girls are being killed and children are witnessing it happen.

“Our children are told they can be and do anything and then they are seeing their live snuffed out in the media and this causes trauma and creates a sense of dread, fear, and hopelessness," Dr. Allen said.

This is a serious problem affecting Black kids, and how we act now can be the difference between life and death.

“Suicide rates for African American children are going up and we are seeing an uptick in suicide of Black children beginning at 5 years old”, said Dr. Allen.

Dr. Allen said legislation for more mental health policies and teacher trainings are being introduced and discussed, adding to a more open conversation on the topic.

“We want to save lives, it’s very urgent,” Randle said. “What the community and what the family can do is push state and federal policies around mental health.”

RELATED: Black History Month: The struggle for diversity among lawyers

RELATED: World Mental Health Day is a reminder about importance of self care