The march went through surrounding neighborhoods before ending at the school. 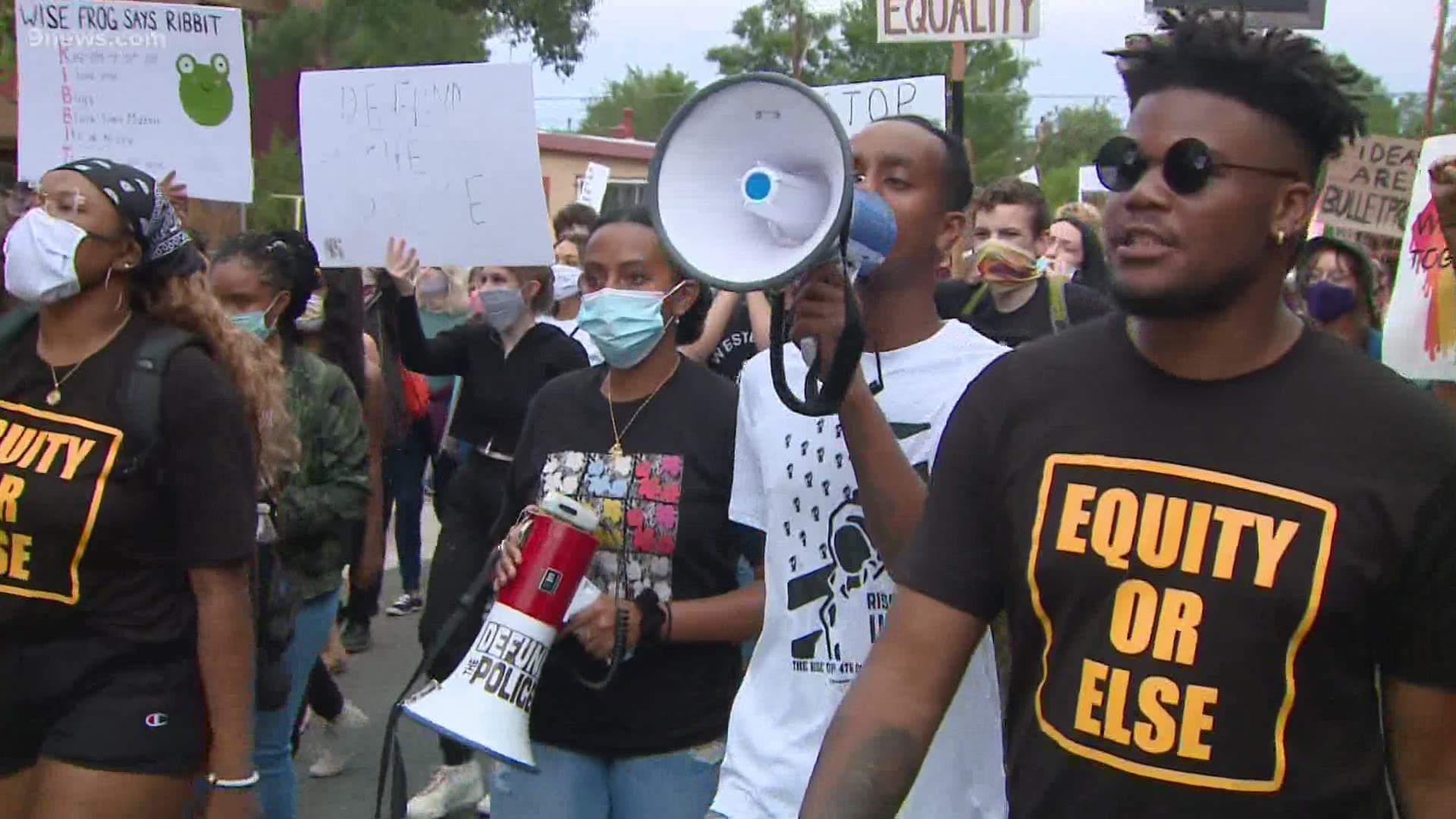 DENVER — A Rise Up 4th of July march to celebrate communities that have been historically marginalized took place Saturday at Manual High School.

10for10, a youth-led movement started by a group of Black men from the school, organized the event.

"When the Declaration of Independence was signed, it left out a lot of communities," said organizer Miriam Sheriff. "With this event, we basically want to talk about the education system."

The march went through the neighborhoods around Manual, at 1700 E. 28th Ave. in Denver, before ending at the school. Organizers asked anyone who attended to wear a mask and social distance.

"Join us for The Rise Up Rally as we rally against mass incarceration, detaining immigrants, the conditions on reservations and the marginalization of women," the event's Facebook page read.