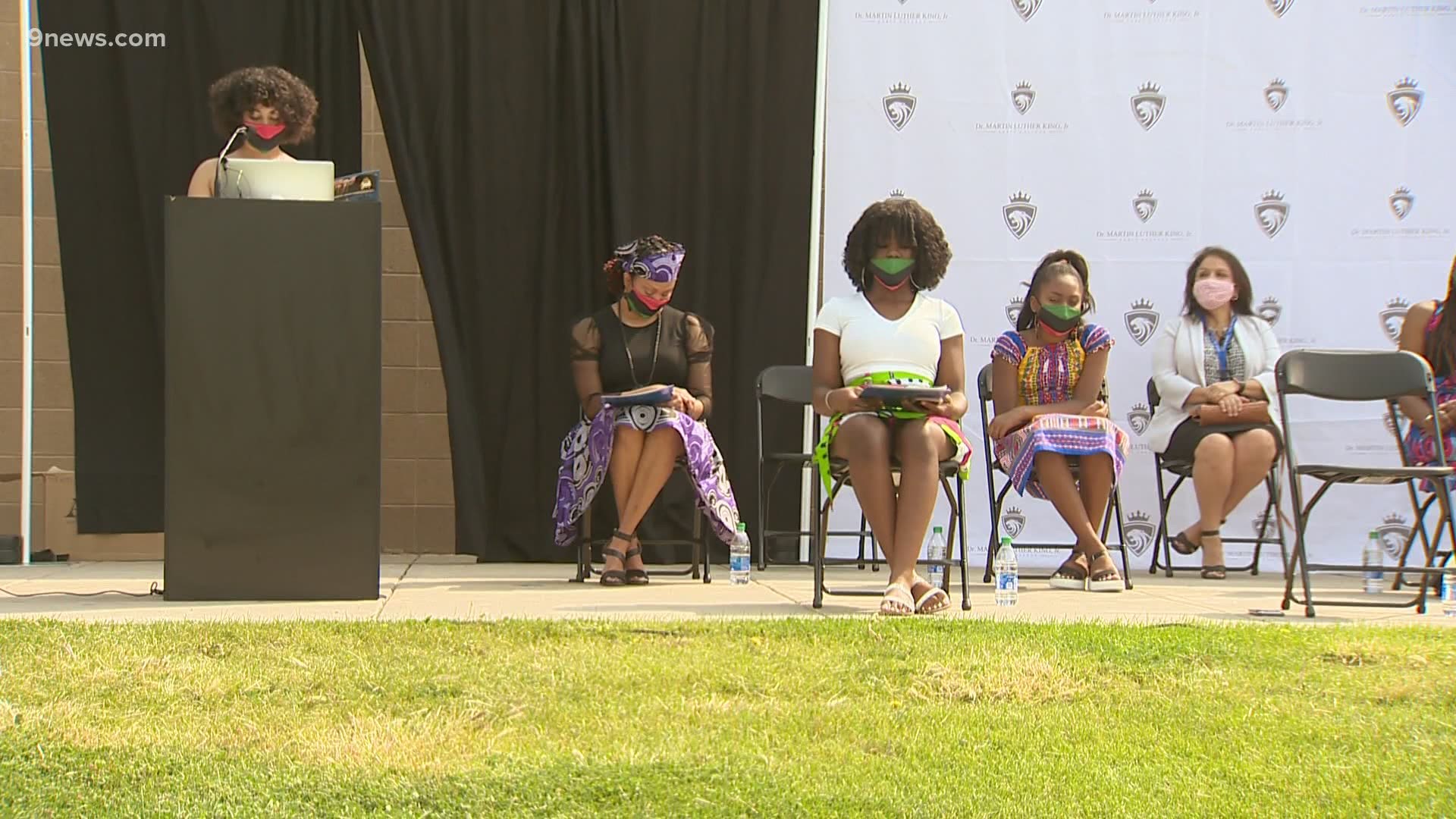 DENVER — Black students in Colorado wanted to learn more about their own history not just about slavery, so they pushed to change the curriculum in Denver.

Denver Public Schools (DPS) on Friday announced those changes the students are demanded are going to be put in place.

Jenelle Nangah, Kaliah Yizar, Alana Mitchell, and Dahni Austin said they were inspired by what they learned at the National Museum of African American History and Culture in Washington, D.C. They were also frustrated that they weren't taught their own history at their school here in Denver.

During a news conference Friday, the students explained how history class included slavery and some history of Dr. Martin Luther King and Rosa Parks – but that was it.

“Today is the beginning of us making history in Denver Public Schools,” said said Yizar, a sophomore at DMLK. “While all history matters, our history needs to actually matter, now more than ever.”

The students received support from teachers, their principal, board members including Tay Anderson and district Superintendent Susana Cordova.

The resolution will add old and new contributions of Black, Indigenous and Latino communities to K-12 curriculum throughout DPS.

Students will start seeing a gradual phase-in of the new curriculum covering minority history over the next two years.