Two Black men share their stories of early encounters with police and the difficulties they have had since. 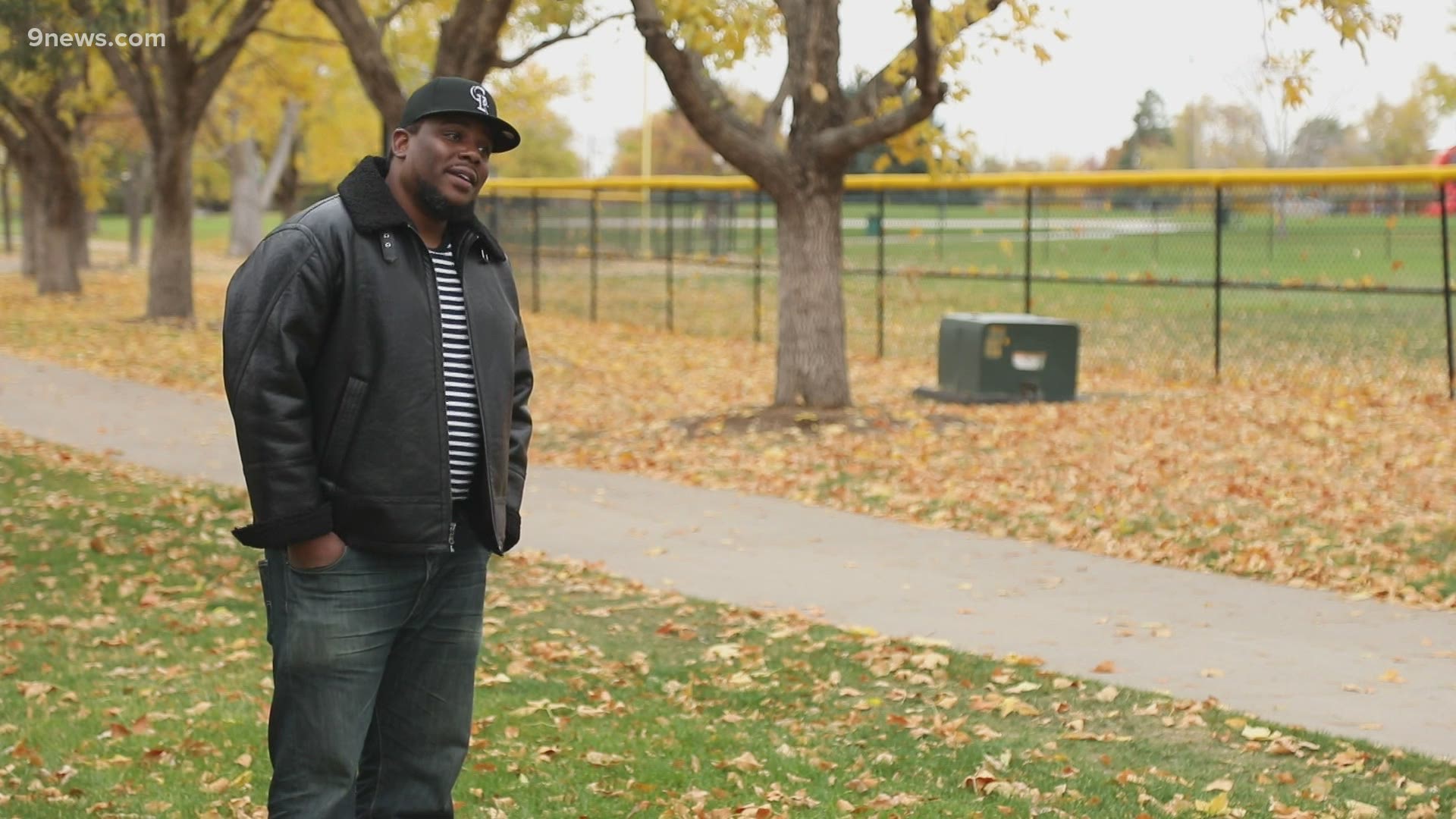 DENVER — The Colorado Division of Criminal Justice has been keeping data on race and arrests since 2015.

"I was pulled out of the car while it was snowing, 20 below, and we're in shorts because we still had our basketball gear on left to sit on the curb for more than an hour and freezing-cold temperatures never given a ticket, never arrested, ultimately told you guys can go," Hunter said.

This traumatic encounter would be the first of many encounters with police for Hunter.

Hunter was arrested several times in his early years, and says charges were always dropped. The repercussions, on the other hand, were long lasting.

"For me to be tagged, you know, like you catch an animal and you tag them, you know, so that way now we have record of who you are and what you do and where you go," Hunter said.

Juston Cooper has similar stories of encounters and arrests with police.

When Cooper was 18, he was arrested by police after being accused of robbing a gas station.

"I'm handcuffed in the back. I'm professing to the officer at the time that like, no this is not how this occurred," Cooper said.

These encounters motivated him to work on reforming the system. He's now deputy director with the Colorado Criminal Justice Reform Coalition.

Cooper and Hunter feel Black neighborhoods in Denver have always been saturated with police.

"The data shows that there's some form of aspect of implicit bias occurring, as it relates to policing especially in communities of color specifically of African Americans," Cooper said.

Denver Police Division Chief Ron Thomas doesn't feel it's as simple as police targeting Black people. To him, it's a much more intricate social issue.

"The first thing that I would say is that disparity does not necessarily equal bias," said Thomas. "It certainly is a conversation starter. It certainly would suggest that we need to dig into our numbers and really kind of get an understanding of why there is such a disparity."

"I do think that there's a correlation between, low economic conditions, low educational opportunities and crime, prison. And so that's one of the reasons why we have endeavored to really address the social correlates in neighborhoods so that we can again build neighborhoods. Rather than tear them down," Thomas said.

But that's not to say Thomas doesn't think the department needs to evolve. A summer of nationwide unrest made that clear. Many communities of color are not happy with the way they're being policed.

A feeling that is echoed by Hunter.

"I was stopped twice by the same officer for a light out on my license plate on the same block," said Hunter.

At the heart of the argument for men like Hunter and Cooper, is a feeling they're being profiled.

"What really pushed me to go come into this work of Reform having those personal experiences of being slammed up on cars, you know arrested without be mirandized," said Cooper.

Thomas says implicit bias training is an important part of the training recruits receive. But he says the department is committed to a bigger self-reflection that started long before this summer.

Three years ago, Thomas became part of a task force committed to collecting data on who they stop and why. That data included age, gender, race and ultimately how the interaction ended.

It is data currently being compiled by the Center for Policing Equity and when returned, Chief Thomas hopes the department can act.

"I think they [officers] take this job for one reason and that's to help people. I think that that's their intent. I think that the you know the divide, I think, starts when we don't necessarily listen to our community," said Thomas.

Both Hunter and Cooper understand the role police officers play in their communities, but agree that changes need to be made.

"I am not a proponent of defunding police. I do think that downsizing and reconfiguring how resources are allocated in policing is important police right now," Cooper said.

Hunter and Cooper encountered but recovered from the worst of what they feel is an over-policed community. Overcame having to answer, 'have you ever been arrested' on applications.

If history tells us anything, it is that solutions to these problems will not come easy.