The state's first Muslim lawmaker explains how her name and heritage play key roles in her life and legislative work. 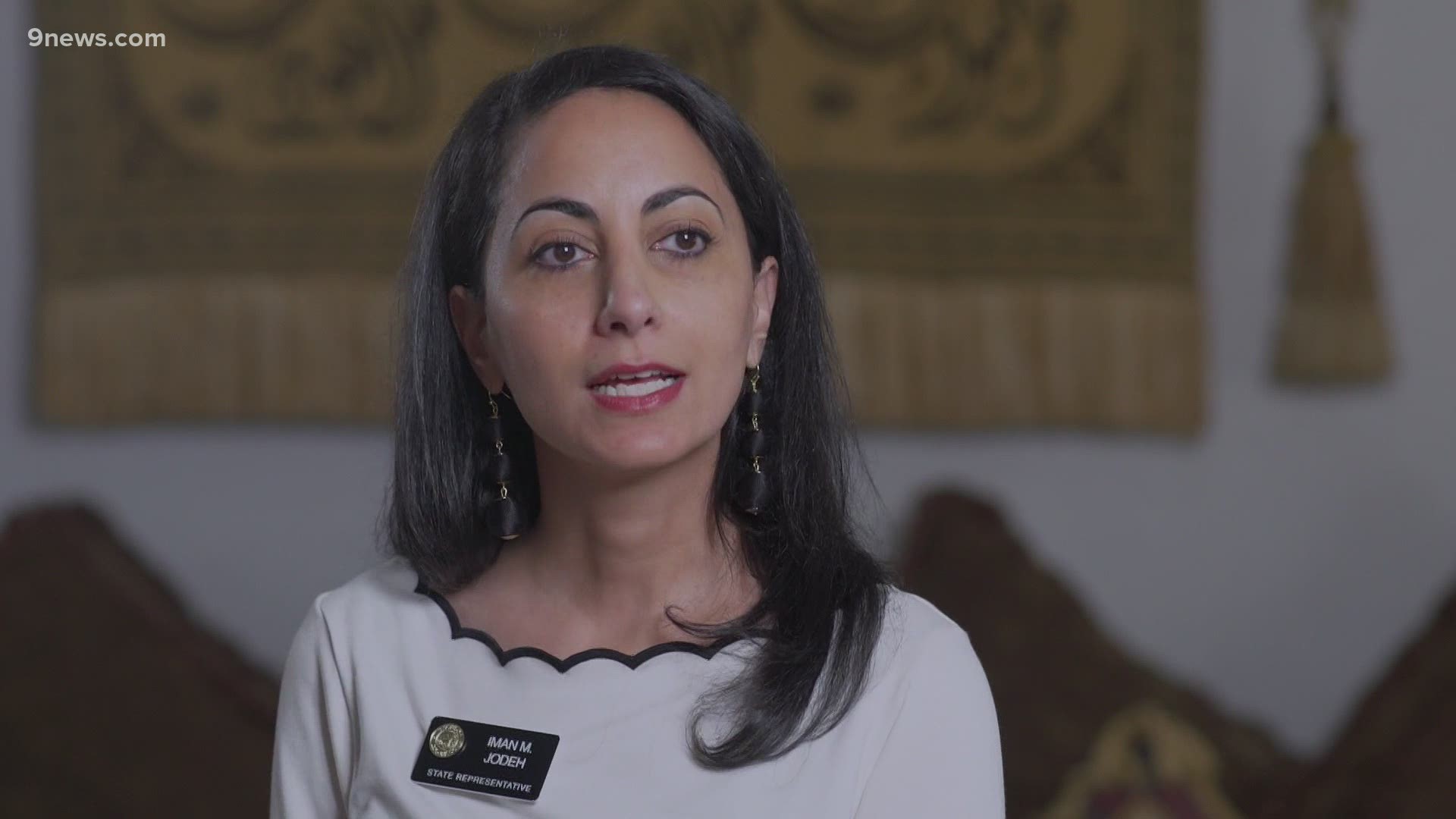 AURORA, Colo. — Justice and faith are two principles State Rep. Iman Jodeh's parents carried with them when they immigrated from Palestine to the U.S. nearly 50 years ago.

She embodies both of these principles as Colorado’s first Muslim lawmaker.

The first-generation American represents the 41st House District in Aurora as a Democrat. Before, during and after her campaign, Jodeh said she’s carried her parents with her by using her name, which means “faith” in Arabic.

“I was born on the 17th day in the Lunar calendar in the holy month of Ramadan," Jodeh said. "So in that spirit they named me faith to honor the month.”

Jodeh's parents immigrated from Palestine as refugees. She says they wanted to make sure the names of their children reflected their cultural heritage and family lineage.

Her father Mohamad said Jodeh, was one of the Denver area’s most well-known Muslim activists and religious leaders.

“My father used to give the opening prayer in the House, and I remembered going with him as a child and seeing him stand and give that benediction," she said. "Now I sit under that golden dome in that green chair thinking about him as a way to honor his legacy and contributions to our community.”

Jodeh’s mother, Siham, gave back to the community by translating for families within Denver Public Schools. Jodeh said her family also ran a small deli on 17th and Logan streets in Denver from the late 80s up until 2001.

Four years ago, Jodeh lost her father to cancer.

“He was my best friend, so that's why this is a little difficult,” she said.

“In many Arab countries, it's very traditional for the children's middle name to be their father's first name, and that is a beautiful way to honor lineage and heritage and tradition.," Jodeh said. "Putting his middle initial in my official nameplate on the House floor was an homage to him and the sacrifices both of my parents made for their children.”

Everyone carrying a name like hers should be proud, Jodeh said.

“Your parents gave you that name as a reflection of your own values and remember what we carry in our names there's a history behind that name. There's a meaning behind that name," she said "Be proud of that meaning.”