One woman has made it her mission to keep the homeless warm during winter. 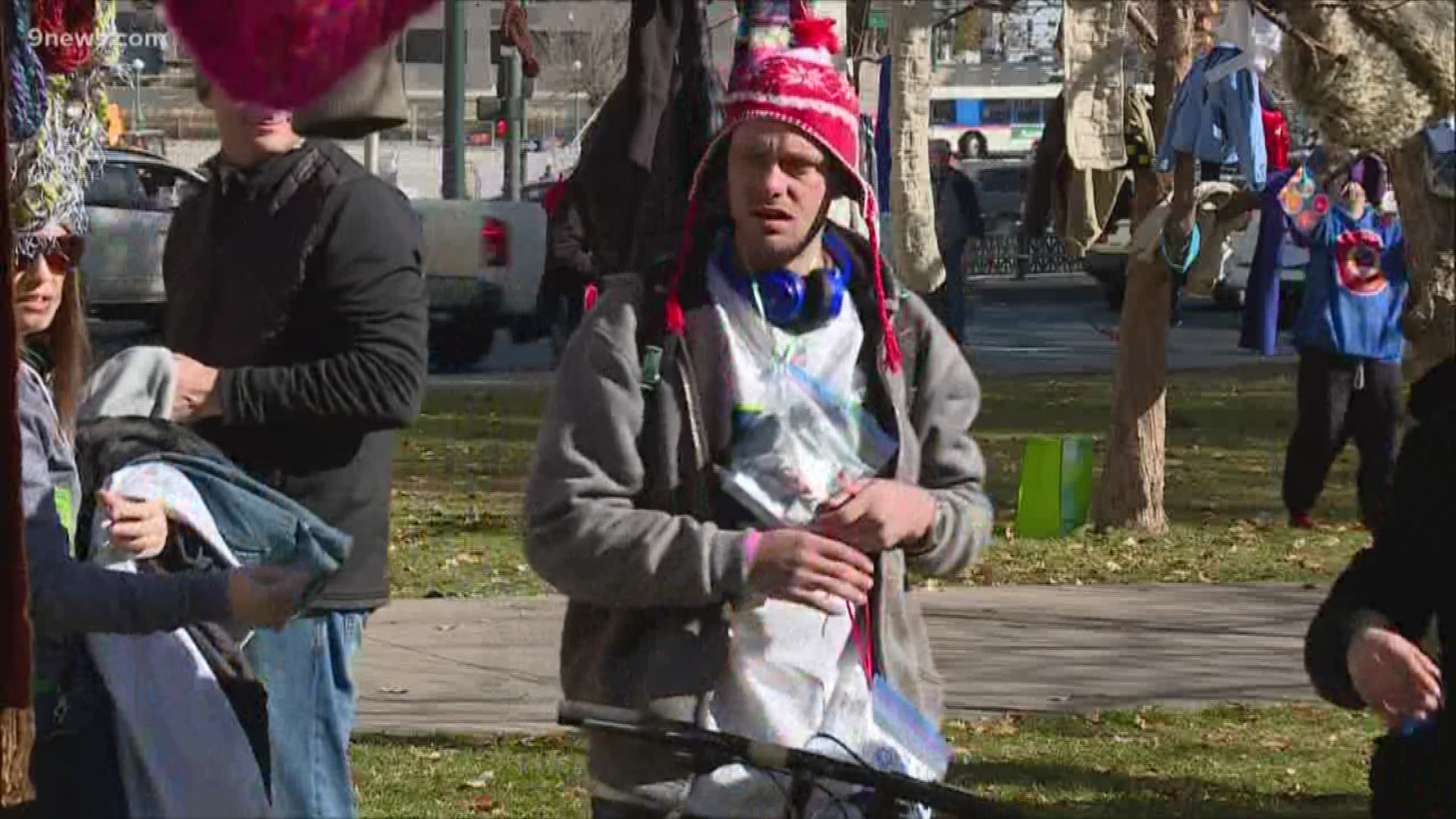 Trees are usually bare this time of year save for those at Civic Center Park on Sunday afternoon.

Winter coats and pants were draped over branches. Hats, gloves and shoes were hung from limbs.

“We’re doing the “Take this and Keep Warm” event for the third year,” Nicole Uriona said. “It’s where people in the community come and put scarves and hats and gloves in the trees for the homeless.”

Uriona organizes the yearly event, and she’s watched it grow. Uriona said at least a hundred volunteers showed up Sunday to drop off donations to help the homeless get through the cold, winter months.

“I’m doing this because my father was actually on the streets for 13 years,” Uriona said. “He passed away last December from hypothermia, so that’s why I’m doing this.”

Uriona said this year’s event was held in honor of her father, Craig.

“If I could help anyone else be warm this winter for him, I’ll be happy,” she said.

Steven Pratley and Joseph Montaño live on Denver’s streets. They were in need of what so many take for granted.

“It was just hanging in the tree!” Pratley said, holding onto a winter jacket. “And the lady over there said, ‘just grab anything on the tree. I got a scarf, and I got a jacket and I got a sweater.”

Montaño picked up a shirt and scarf.

“I’ve been homeless for four years and this is greatest thing I’ve ever seen,” Montaño said. “This is a blessing in itself, you know. It really is.”

The “Take this and Keep Warm” event was held from noon until 2:00 p.m. Sunday.