A charity benefit for Firefly Autism at Bandimere Speedway is trying to break the world record for the most women motorcyclists in the same place and in a ride. 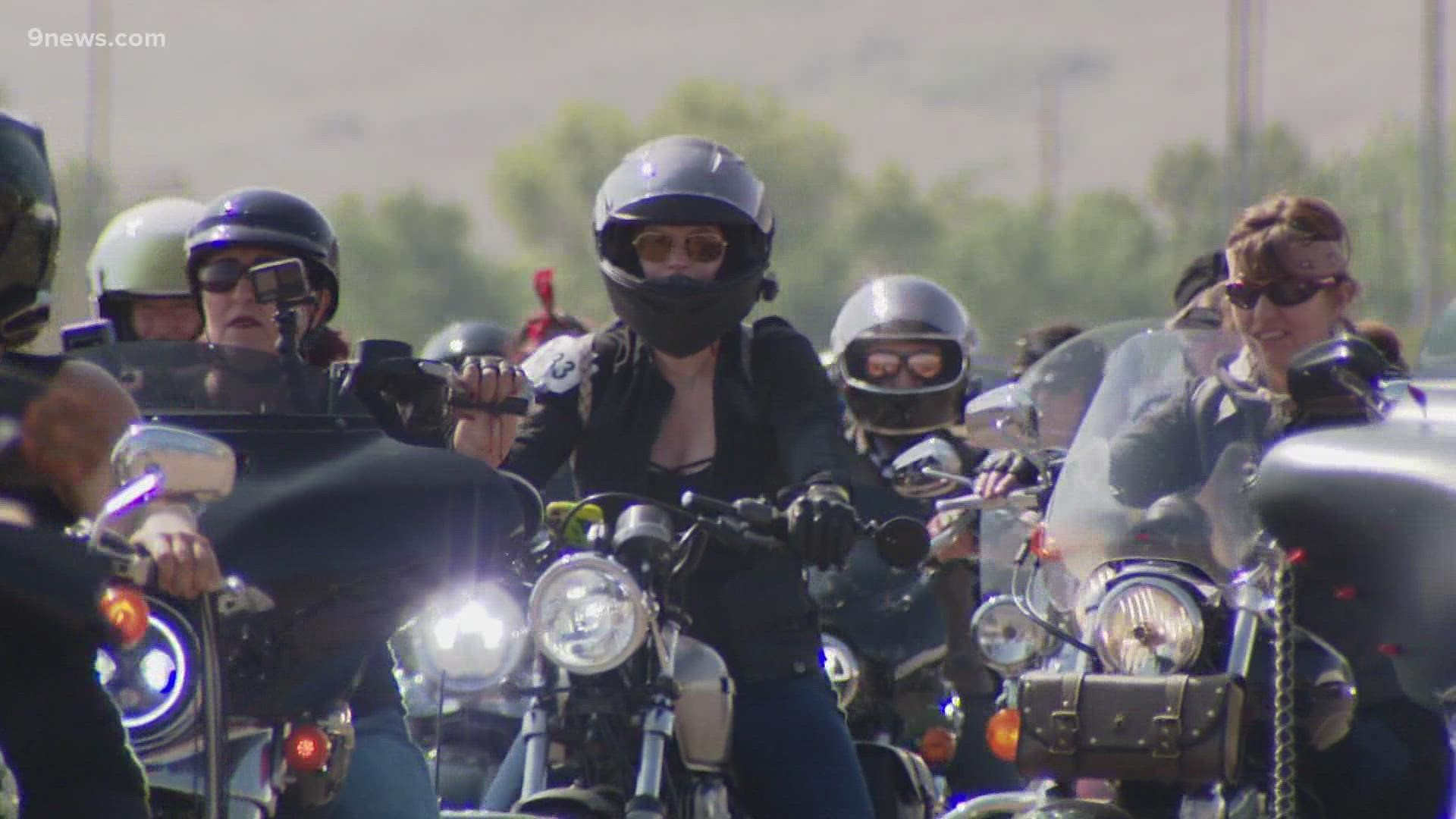 LAKEWOOD, Colo. — Engines revved Saturday morning at Bandimere Speedway for an attempt to break not one, but two world records.

“The most beautiful thing is we are breaking UK’s record for the most women motorcyclists in the same place. And their record is 1,132," said Colorado Women’s USA World Record Ride, Director of Operations, Susan Udero. "But I’m also going after another record I created personally. And it’s the most women in a motorcycle ride.”

The women participating hope to break barriers and get the recognition they feel they deserve as women on bikes.

“We’re here to support Susan and the sisterhood of riders. Women are the fastest-growing demographics in the riding community we represent 20% of all riders are women,” said Big Iron Sports Chief Executive Officer Janet Cook.

Many of the women have traveled from all over the country. This attempt at breaking multiple world records is near and dear to Udero’s heart.

“I am the first Latina biker commuting in the whole nation. I travel all over the United States I go to a lot of all-women motorcycle events and men as well. And when I see the sisterhood it’s so overpowering and just the togetherness of the sisterhood,” Udero said.

Her travel experience over the last three decades helped her bring women from more than a dozen states. For Udero, the unity shows the strides women are making in a male-dominated league.

“It’s the most beautiful thing. We have grown in the women hood biker community 10-fold, we are growing like a weed. When I see the sisterhood it’s so overpowering and just the togetherness of the sisterhood,” Udero said.

Firefly Autism is the local nonprofit benefiting from this ride, whether a record is broken or not.

“There’s counselors, there’s everything, one-to-one with parents. That is the most beautiful thing. That these young kids have another way of living,” Udero said.

The kids aren’t the only one’s benefiting from the ride. Big Iron Sports was there too for a big surprise.

“We wanted to participate in this and what we have up our sleeves is we’re giving away a 2021 Royal Infilled Himalayan. So, we are very very excited,” Cook said.

We are still waiting to learn from the organizers if either record was broken.