12 suspects known as 'The Family' indicted on organized crime charges

The suspects are indicted on a total of 92 counts, according to the Denver District Attorney's Office. 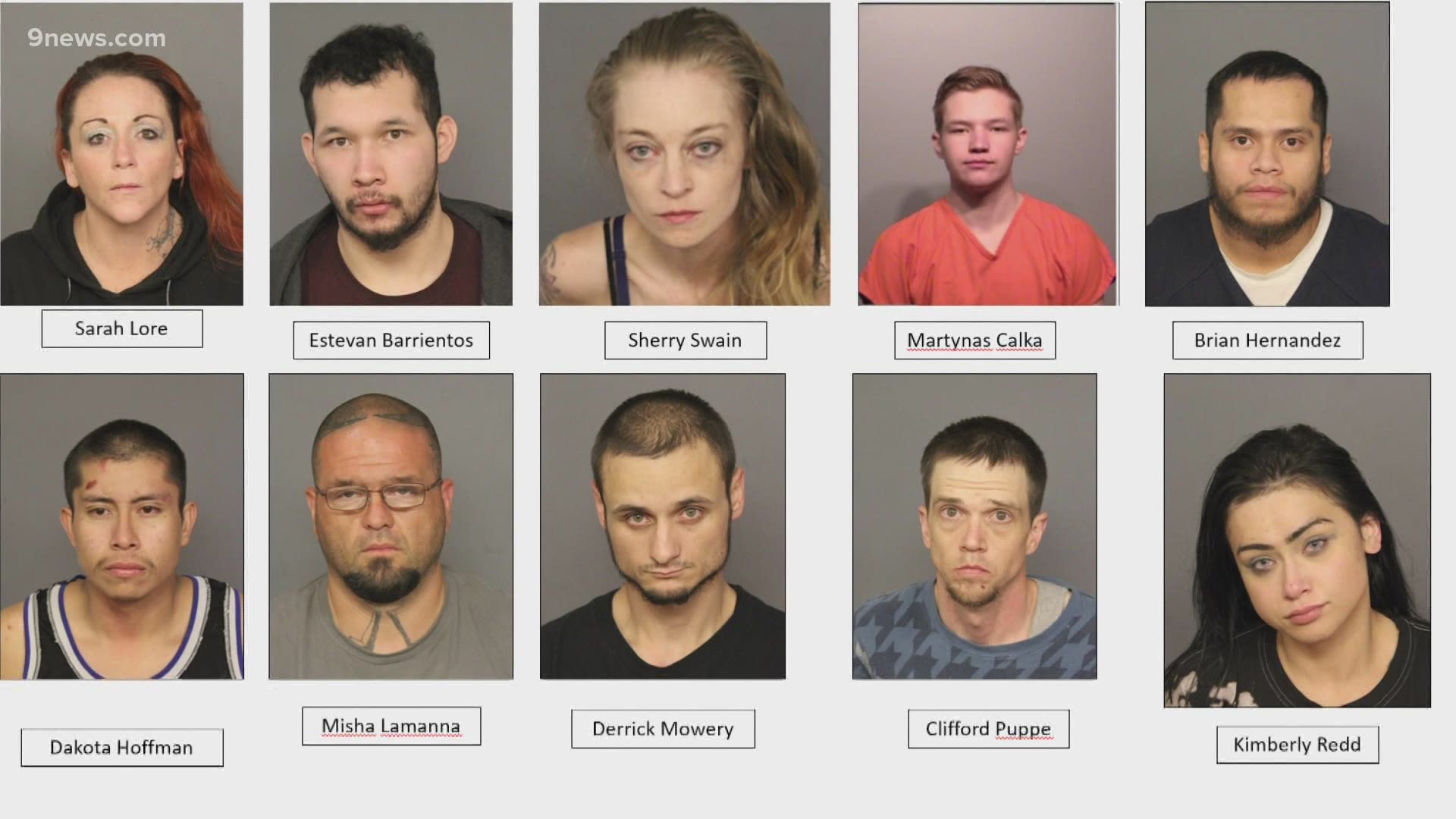 DENVER — The Denver District Attorney's Office on Monday announced the indictments of 12 suspects it said are part of an organized crime group known as "The Family."

The suspects, who were indicted on suspicion of operating as members of an enterprise, face a total of 92 counts in a series of crimes to support their methamphetamine addictions, according to a DA's Office press release.

They're accused in the identity thefts of more than 240 victims and in stealing and selling a multitude of items, including weapons, bicycles, sports memorabilia, jewelry, electronics, money and $500,000 in vehicles, the release says.

Sarah Marie Lore, 38, was known as "Street Mom" and brokered deals in person and over Facebook to buy and sell items, the DA's Office said. The other suspects, whom Lore called her street sons, brothers and sisters, shared property, food, clothing and living quarters.

Lore was accused of maintaining control of "The Family" operations through violent attacks on its members, the release says.

The suspects named in the indictment are:

The charges they variously face include:

The suspects were being tried separately in Denver District Court, according to the DA's Office.

RELATED: Man arrested at DIA and charged with abducting 12-year-old girl is fighting extradition to California