Davarie Armstrong's friends remember the night their friend was killed. 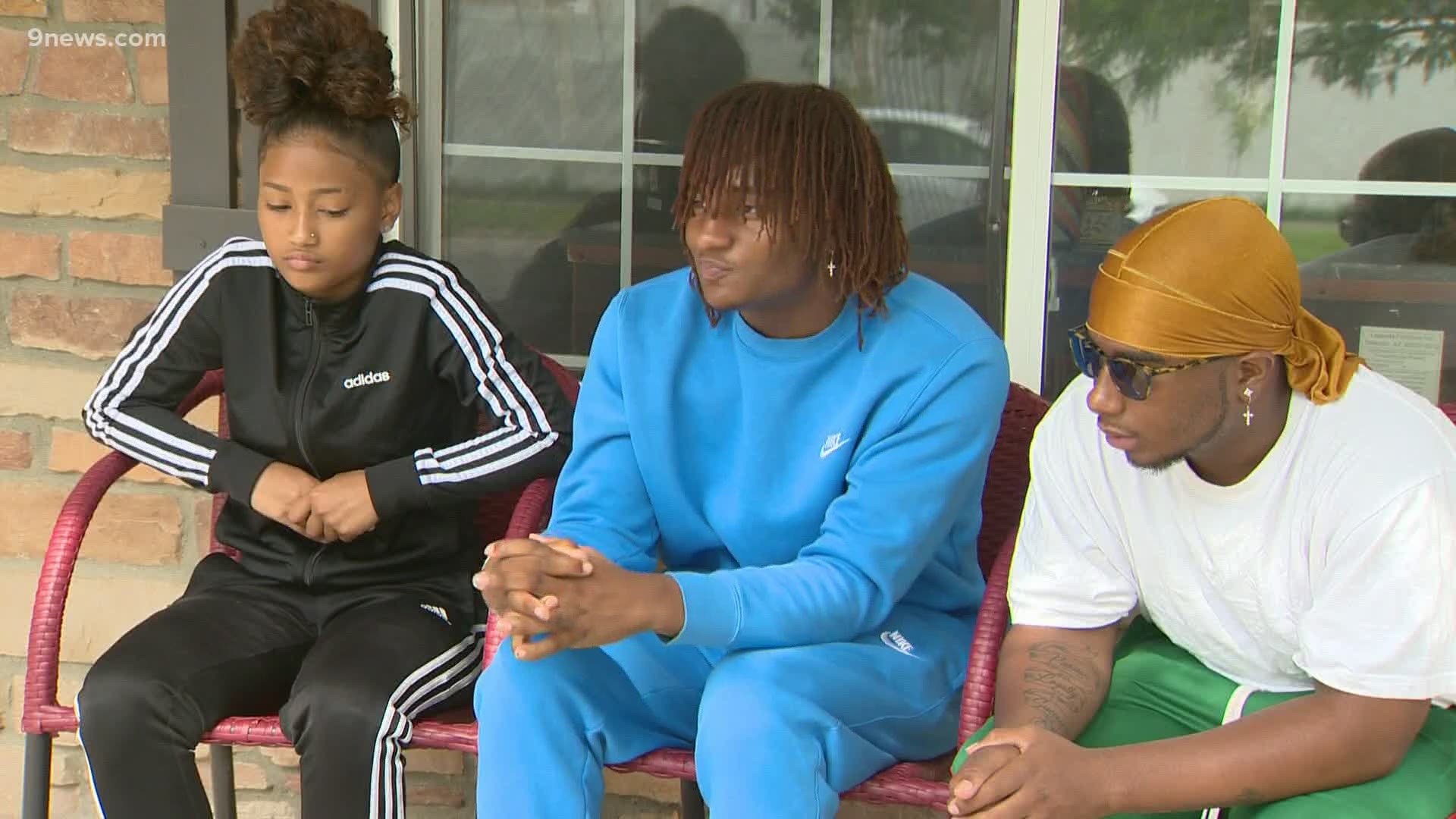 DENVER — The murder of one of South High School's standout student athletes, 17-year-old Davarie Armstrong, last weekend in the Montbello neighborhood of Denver has sent a shock through the community.

Armstrong's three best friends were there the night of July 11 when he was shot and killed at a house party.

"Right when we got out of the car and walked up," said 17-year-old Dante Johnson, "we kind of felt the energy."

A house party with quite a few people they didn't know wasn't really their scene to begin with, echoed 17-year-old Timiya Guevara and Kyshaun Key, the third and fourth links in Armstrong's tight knit friend group. But there was a bad energy, they said, that made them feel uneasy before they even walked in.

That Saturday was their first time even going to a party since COVID shut things down in March, they said. They weren't there half an hour when the party in the 4500 block of Atchison Way got shutdown by a concerned mother who told everyone to go home.

"Usually we're all together wherever we go," Johnson said. "But that particular night, we were kind of scattered around. Which is weird because it's never like that."

Armstrong, Johnson, Guevara, and Key say their friendship is more like sibling love. They call themselves family.

"Davarie would stay over here for like a few days, go home, get some clothes and come right back," Johnson laughed. "During quarantine, we didn't want to be apart from each other."

Saturday night began just like that -- together. The four best friends had no idea it would be the last time.

"They were screaming," Guevara said. "Screaming gang stuff coming down the driveway." The animosity stood out to Guevara, as the party was getting shutdown. The tension was rising, Johnson echoed. The rest, he said snapping his fingers, happened fast.

"All you hear is like shots from three or four different guns," Johnson said. Guevara said she heard something like 30 shots ring out.

"That night I was just scared," Key said.

When the gunfire began the teenagers remember everyone started running, trying to hide. Still not together, the three best friends saw from different vantage points, their fourth, lying on the ground in the driveway with gunshot wounds.

"I look again and I see Davarie," Johnson said. "So we go out there. Right when we got right by him, the dudes came back and shot like five more times. Finally me and two other friends grab him. We put him in the car," he said, gazing off into a memory of his friend's last moments.

Johnson said even then, he did not believe Armstrong would die. "He jerked his body up and he shook his head like 15 seconds before we got to the hospital," he said. "It was like his last burst of energy..."

Armstrong died that night at an area hospital, but his legacy is anything but gone.

"I feel like it touched the city with this one," Guevara said.

His friends believe Armstrong's death will see justice. They're hopeful his senseless murder will also help change the culture of youth violence in Denver.

"There’s doesn’t need to be any type of shootings within the youth," Johnson said. "It wasn’t supposed to go like this for Davarie, but it did. And I know he wouldn’t have it any other way but to be in our arms."

Armstrong and three other teenagers have been shot and killed in Denver in the first 11 days of July. Community leaders, activists, family and friends are planning a march against youth violence on Friday, July 17, in the Montbello neighborhood.