'She is someone, she is no longer our Jane Doe': Woman found dead in 1993 identified

Now the investigation into the death of Rebecca Redecker is really just the beginning, according to the Douglas County Sheriff's Office. 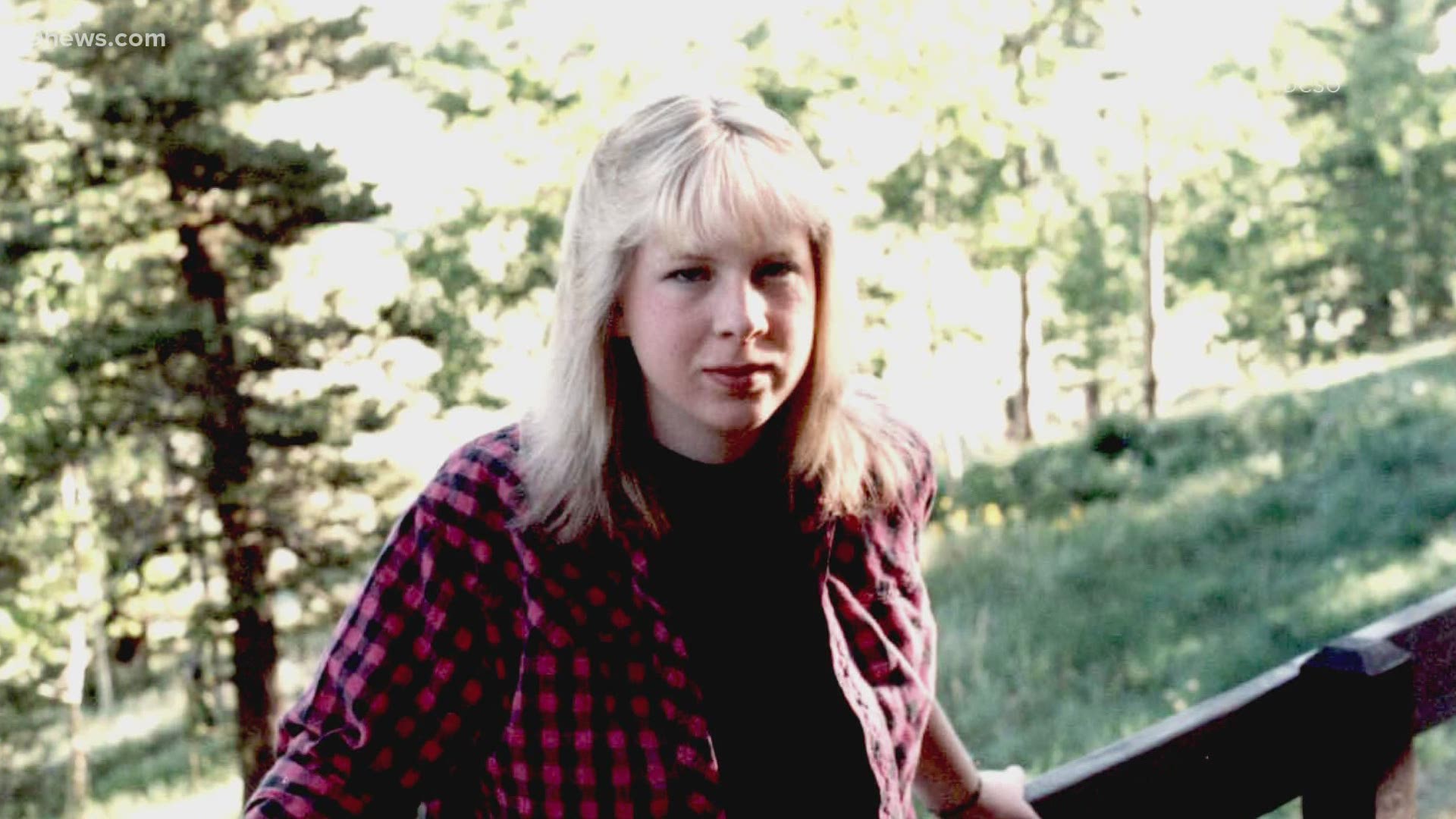 DOUGLAS COUNTY, Colo. — A woman whose body was found in the Pike and San Isabel National Forests in southwest Douglas County in the summer of 1993 has been identified as a 20-year-old Colorado Springs woman.

The Douglas County Sheriff's Office (DCSO) held a press conference Thursday morning where they identified the victim as Rebecca Redecker who went by Becky.

"As a new detective in 1993, I had no idea that this cause would haunt me for 27 years," said current Undersheriff Holly Nicholson-Kluth. "I'm just thankful that this part has been solved, over all this time, that there is a family that this girl belonged to. She is someone, she is no longer our Jane Doe."

Kluth was originally assigned the case after DCSO deputies responded to the area between Woodland Park and Deckers on June 15, 1993. At the site, they found a makeshift campsite and the woman's remains. They believe her remains were at the site no more than 72 hours before they were found. Her cause of death has not been determined.

While Redecker died in 1993 the investigation into her death is really just beginning now that she has been identified.

"As I told the detectives when they came up and said we've identified her, we know who she is, I brought them together and I said OK this is a homicide that just occurred and that's how we're handling it," said DCSO Sheriff Tony Spurlock.

She had been reported missing, however, the condition of her remains made it difficult to identify her. A cold case detective received a tip in July and then DNA and genetic genealogy where used to make a positive ID.

Redecker was likely homeless at the time of death but spent most of her life in and around Colorado Springs, according to DCSO.

She is survived by her mother and brother.

"You can imagine how difficult it is for them to have not known where their daughter was because we were not able to identify her," said Spurlock who was on a call to notify her family members that they had identified her remains.

They were able to provide detectives with a lot of information they didn't have before such as where she used to live. Here's a timeline of provided by investigators.

They also detailed what schools she attended which included Coronado High School in Colorado Springs in 1989 and Manual High School for about a year.

"Where we're at today is asking for anyone who knew Becky, who recognizes any of these photos of her, anyone, that she was with in the summer of 1993 anyone that she might have talked to, anyone that she is associated or anyone who saw her, if they could call the Douglas County Sheriff's Office. We really need that," said Spurlock.

RELATED: 'I'm reveling in the fact that I got him': Former Denver officer tracks down man who shot him in 1971