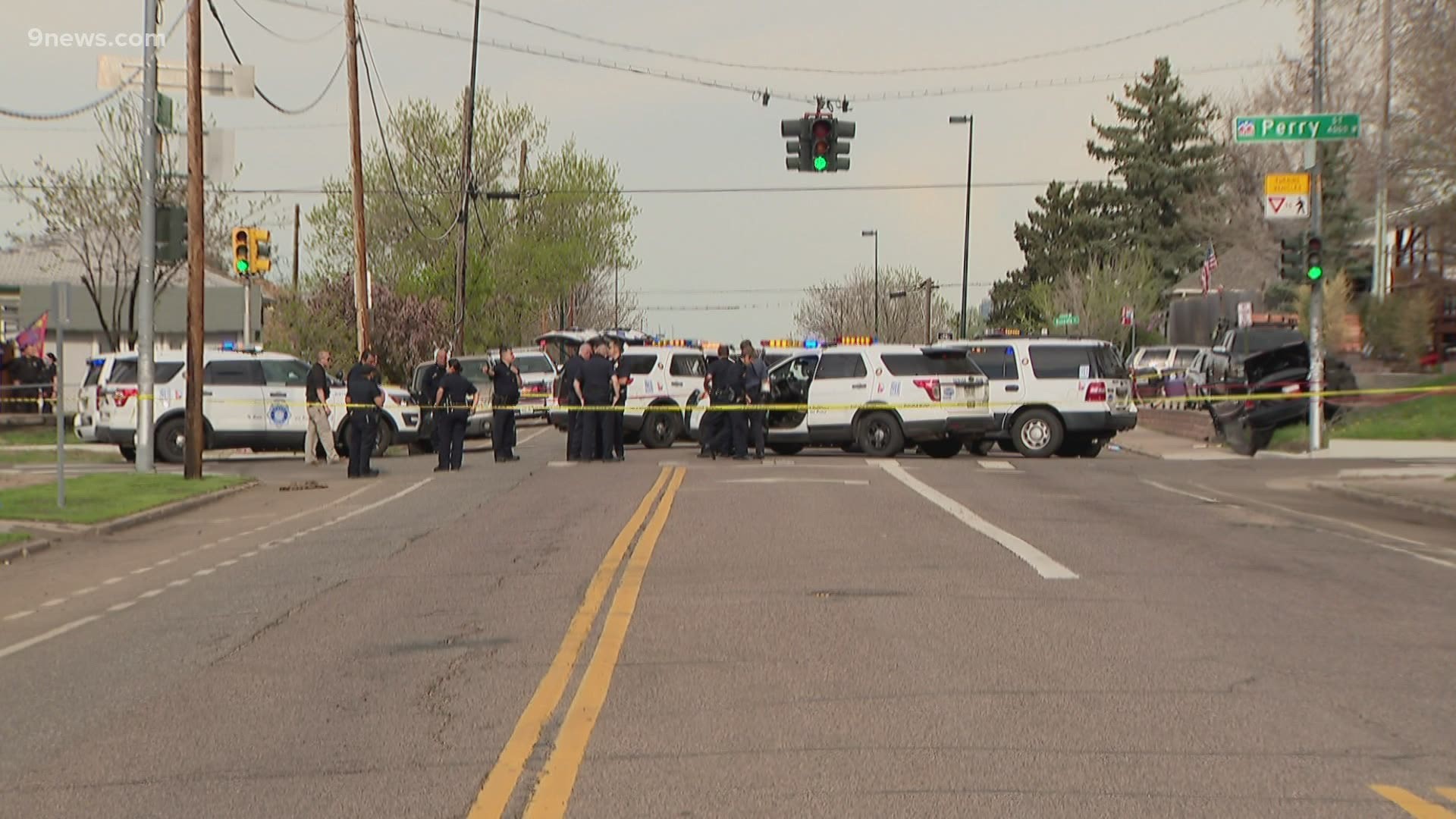 DENVER — A man died after a shooting involving Denver Police officers in the Barnum neighborhood on Friday afternoon.

The Denver Police Department (DPD) said the shooting happened in the area of West 1st Avenue and Perry Street. No officers were injured during the incident.

Police were called about 4:15 p.m. when someone said the suspect was firing gunshots into the air at a playground near Morrison Road and West Ohio Avenue, according to DPD Division Chief Ron Thomas.

Thomas said when officers arrived on scene, they saw the suspect driving away and pursued him after he refused to stop.

After a pursuit that went through southwest Denver, to Lakewood, and back again, the suspect appeared to lose control of his vehicle at West 1st Avenue and Perry Street and crashed, according to Thomas.

After crashing, Thomas said the suspect got out of the car and threatened officers with a handgun. That was multiple officers fired shots, Thomas said.

(EDITOR'S NOTE: This video contains graphic content that may be disturbing for some viewers)

Police have not identified that suspect or said exactly how many shots were fired.

ALERT: There is a large police presence in the area of W 1st & Perry St due to an officer-involved shooting. Roads closed in the area, motorist are advised to use alternate routes. This is an active investigation, updates are forthcoming and will be posted to this thread. #Denver pic.twitter.com/zZVBXJgvgo

'It's just not fair': Mother of man shot and left for dead outside Aurora tire store wants answers