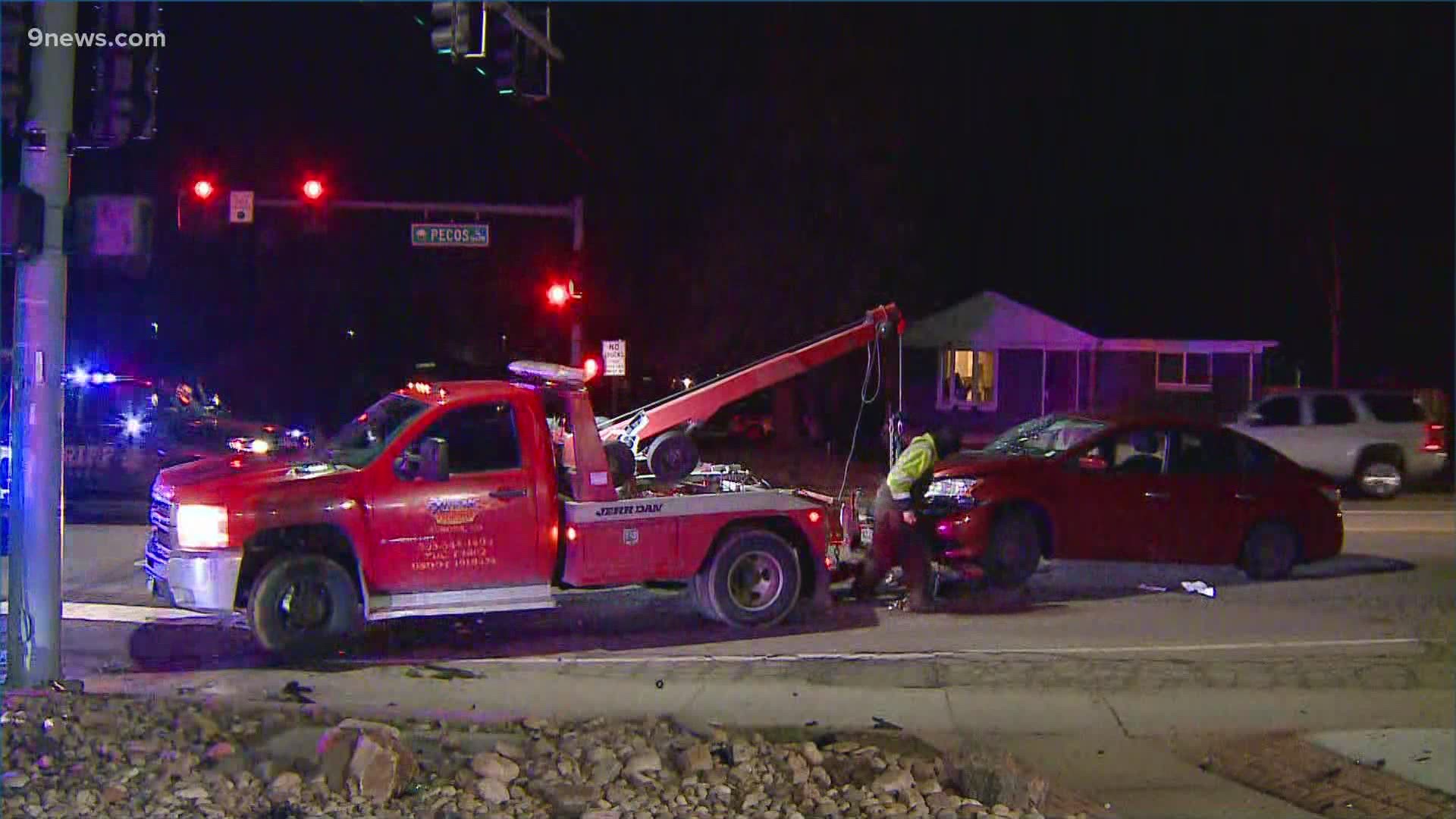 ADAMS COUNTY, Colo. — The Adams County Sheriff's Office (ACSO) is investigating after two people were found with gunshot wounds in a vehicle after a crash Friday night.

ACSO tweeted just after 9 p.m. that deputies were on the scene at West 76th Avenue and North Pecos Street with Thornton Police.

The tweet said two people were taken to the hospital, and deputies were still gathering information.

A spokesperson for ACSO said Saturday it appears the incident began in the area of West 72nd Avenue and North Pecos Street, but they were still trying to determine what led up to it.

RELATED: Suspect in woman's shooting death turns himself in

Anyone with information can call Metro Denver Crime Stoppers at 720-913-7867 or visit metrodenvercrimestoppers.com. Tipsters can remain anonymous and may be eligible for a reward of up to $2,000.

RELATED: 11-year-old shot in Aurora has 'guardian angels watching over him'