The suspect is in custody, Thornton police said. 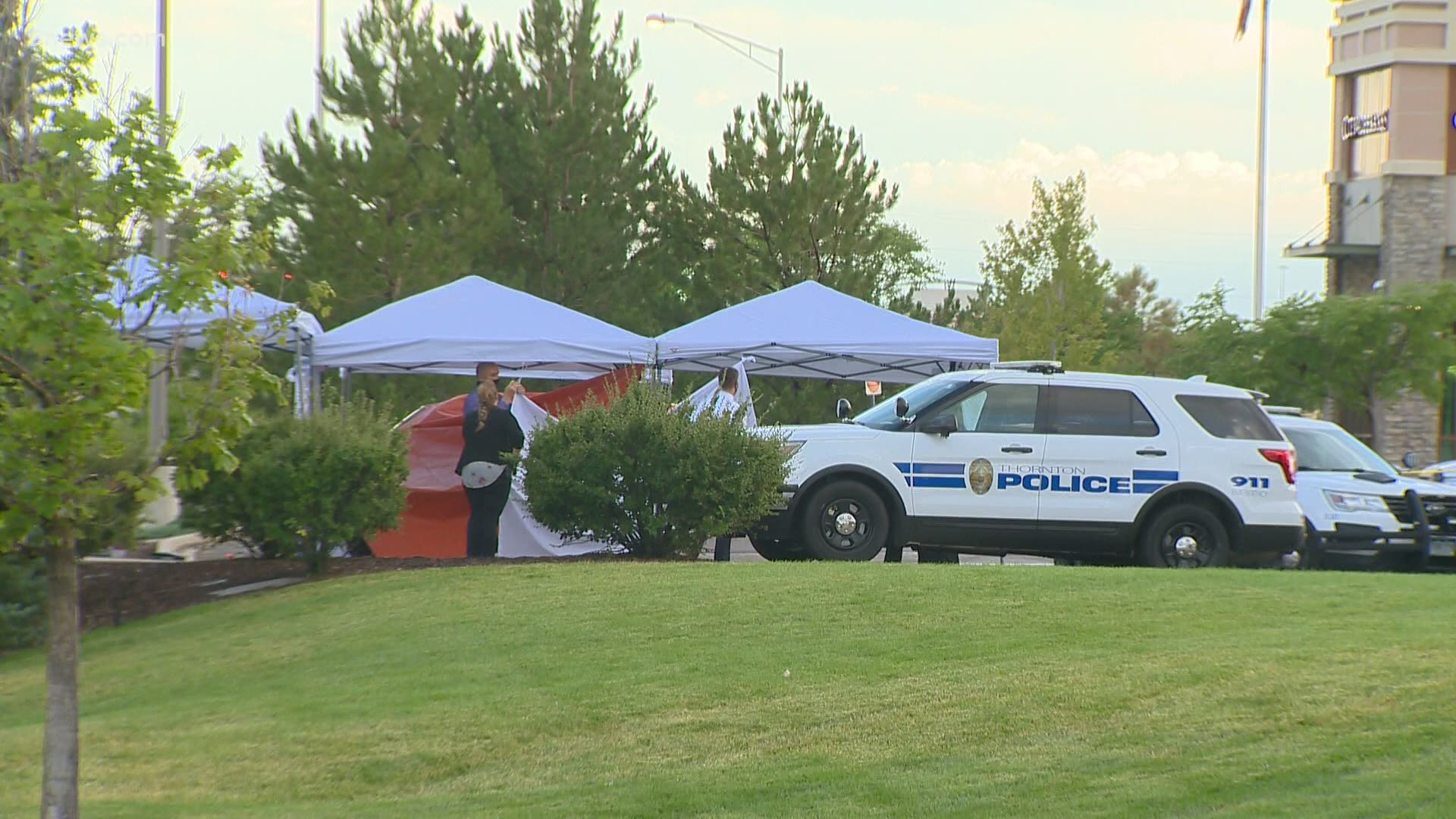 THORNTON, Colo. — A woman is dead and a man was injured after they were stabbed in a Chili's parking lot Thursday, Thornton Police said.

It happened in the parking lot of the Chili's at 16507 Washington St., according to police. That's located just southeast of the Interstate 25 and Highway 7 interchange.

Police believe a 35-year-old man stabbed his mother, who died, and his grandfather, who remains in a hospital in critical condition.

The suspect is in custody, according to police. His name has not been released.

The woman killed was identified by the Adams County Coroner's Office as 58-year-old Lisa Kay Ward from Frederick.

Police said there is no threat to the public, and an investigation is underway.