2 killed, 2 injured in 4 separate shootings in Denver over the weekend

Denver police said they responded to 4 shootings over the weekend, two of which were fatal. 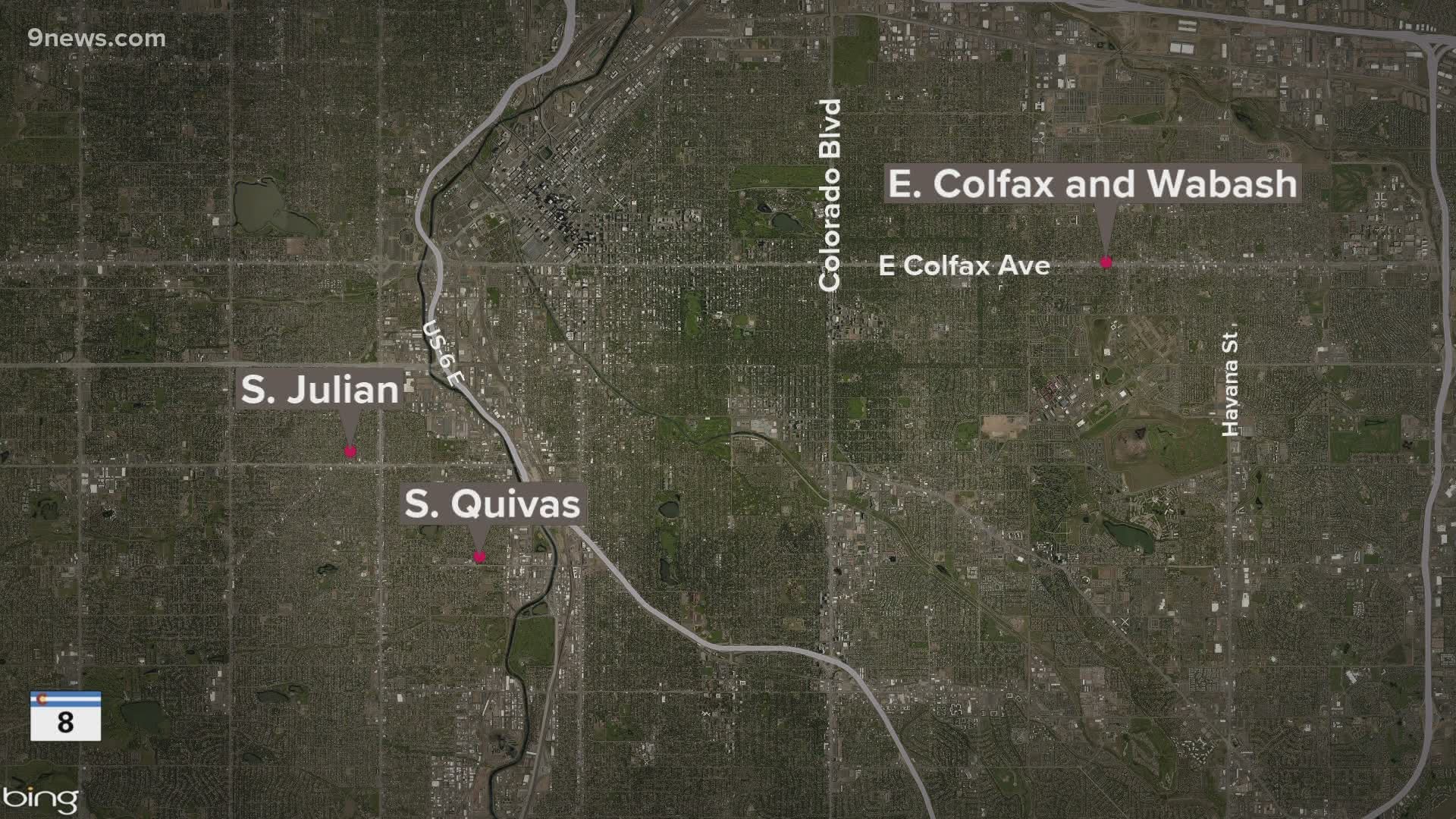 Officers responded to the first shooting at 8:38 p.m. Saturday in the 1000 block of South Quivas Street in the Athmar Park neighborhood.

The victim, later identified as 41-year-old Joseph Lucero, was found in the road. He was taken to a hospital, where he died of his injuries, according to the Denver Police Department (DPD).

Another shooting occurred about two hours later, at 10:36 p.m., in the 200 block of South Julian Street, near West Alameda Avenue and Federal Boulevard in west Denver, according to DPD.

The victim, later identified as 39-year-old Alexander Dole, was taken to a hospital, where he was pronounced dead, police said. Officers took a suspect, a man, into custody, and no other suspects were being sought. DPD didn't release the identity of the suspect.

The third shooting happened at 3:03 a.m. Sunday on North Wabash Street near East Colfax Avenue, in the East Colfax neighborhood. The adult male victim was taken to a hospital with serious injuries, according to DPD.

DPD said no one was in custody and released no suspect information in the incidents on Quivas Street or Wabash Street.

In a fourth shooting Sunday night, officers responded to the intersection of N. Havana Street and Florence Way where a man was transported with critical injures, DPD said. The victim later died.

Police have not released a suspect description related to Cox's case.

#DPD Officers on scene at N Havana St and Florence Way on a shooting. An adult male was shot and transported to a local hospital with critical injuries. Road closures in the area. pic.twitter.com/PO9Bfvmzyv

Anyone with information on any of the shootings can call Crime Stoppers at 720-913-7867 or go to metrodenvercrimestoppers.com.

RELATED: Affidavit outlines what happened that led to shooting death of Aurora couple

RELATED: $10,000 reward for information about shooting at party that killed woman