The Denver shootings were among 5 total that happened across the metro area from Saturday night into Sunday morning. 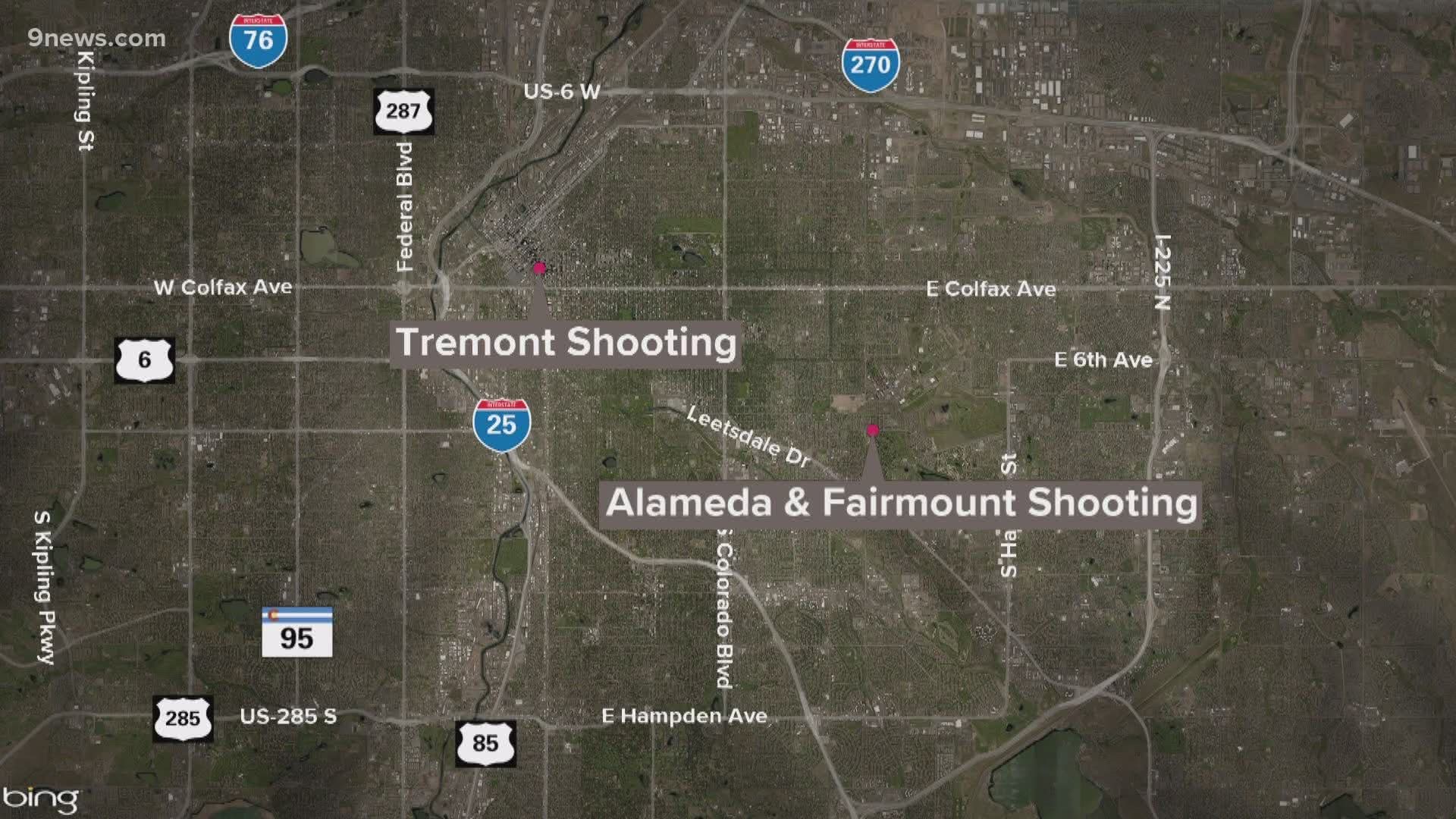 The first incident happened at 12:23 a.m. in the 8500 block of East Alameda Avenue, which is near Fairmount Cemetery in the Windsor neighborhood in east Denver.

Two people were shot, according to the Denver Police Department (DPD). On Monday, DPD said both victims were men and expected to survive. Police had made no arrest, DPD said.

The second incident occurred just before 8 a.m. in the area of 14th Street and Tremont Place in downtown.

One person was shot and taken to a hospital, and a suspect was arrested on suspicion of attempted murder, DPD said. The suspect was identified as Brenda Dunson, 25.

Credit: Denver Police Department
Brenda Dunson, 25, is suspected of attempted murder in a domestic violence-related shooting Sunday in the 1400 block of Tremont Place in Denver.

The Denver shootings were among five separate incidents across the metro area between Saturday night and Sunday morning.

In Thornton, a man was shot early Sunday outside Mambo's Cafe, on West 84th Avenue near Interstate 25.

RELATED: 1 shot outside restaurant in Thornton

Last week, DPD reported that violent crimes and gun thefts have been on the rise in 2020. DPD reported that 33 people had been shot and killed through July 12, compared with 22 fatal shootings over the same period in 2019.

Also through July 12, there were 85 victims injured in shootings, compared with 61 over the same period a year ago.

Anyone with information on any of these shootings can contact Metro Denver Crime Stoppers at 720-913-7867 or metrodenvercrimestoppers.com. Tipsters can remain anonymous and may be eligible for a reward of up to $2,000.