Police said all of the people who were injured are expected to survive. 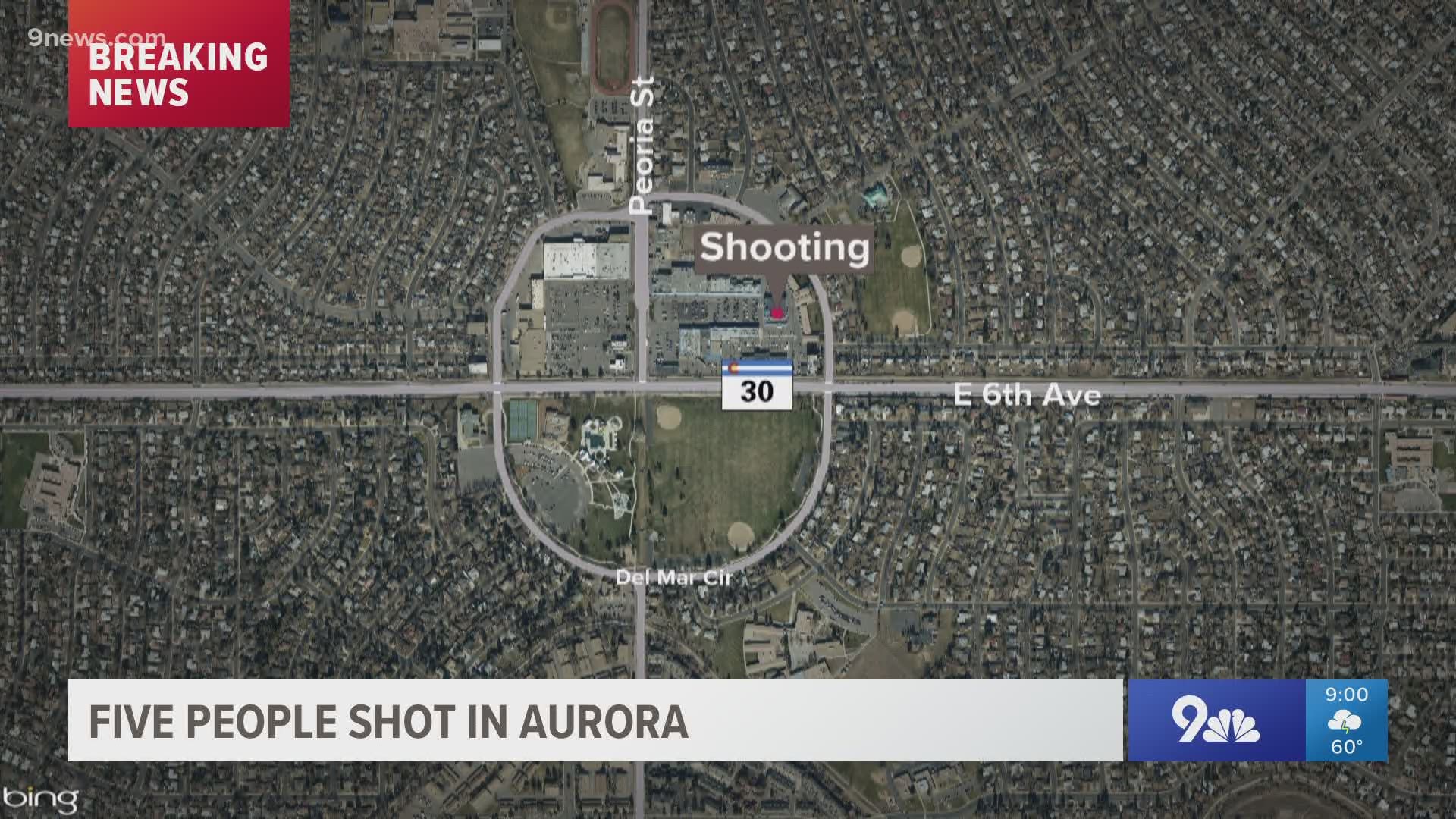 AURORA, Colo. — Aurora Police said Saturday that the five victims injured in a shooting the night before were all shot by the same person.

The victims were taken to hospitals after the shooting with injuries that were not thought to be life-threatening, according to the Aurora Police Department (APD).

APD has not released information on a suspect.

Officers were dispatched to 698 N. Peoria St. for a report of shots fired at 7:45 p.m. Friday, according to police.

Police said on Friday that early information was that two groups were shooting at each other. On Saturday morning, APD said on Twitter that interviews revealed that the five victims were all shot by the same person.

RELATED: No suspects after 24-year-old man killed in Aurora shooting

RELATED: 2 men die after shooting one another inside Aurora pawn shop, police said

APD said detectives are working to determine what led up to the shooting.