The mother of the 41-year-old found dead in Lory Park is asking anyone who might know something about what led to her death, to tell police. 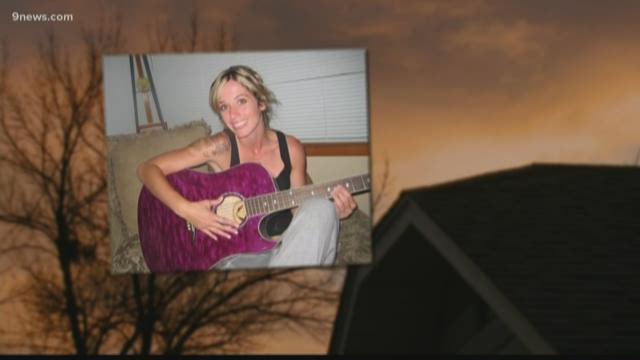 "My daughter, Kimberlee Graves," E.C. Waller pauses, the words tough to get out. "Has been killed."

She is saying them in hopes they will help find whoever left her daughter dead in Lory State Park in Fort Collins.

"You're not supposed to bury your children," she said.

Fort Collins police are investigating Graves's death as a homicide.

A few days later, when a friend couldn't reach her, she called police to request a welfare check.

On Dec. 8, police called on Graves' home. No one answered the door and her car was gone, police said.

Two days later, the same concerned friend went into Graves' home on Akin Street and discovered it had been ransacked. She called police again.

Then, almost a week later, detectives found Graves' SUV abandoned. The red Toyota Rav4 had been left in a parking garage at College Avenue and Mulberry Street. It was discovered on Dec. 13.

Graves leaves behind a 16-year-old daughter and a 7-year-old son.

"The message tonight is if you know any little thing, if you saw her on the 4th, where did you see her? What was she doing? Anything," Waller said. "Please come forward."

Anyone with information about the death of Kimberlee Graves should contact Fort Collins Police at 970-416-2825 or tipsline@fcgov.com. People may also contact Crime Stoppers of Larimer County at 970-221-6868 or www.stopcriminals.org. Tipsters can remain anonymous and may be eligible for a cash reward.