A jury found Andrew McCormick not guilty of third-degree assault on an inmate in August 2020. 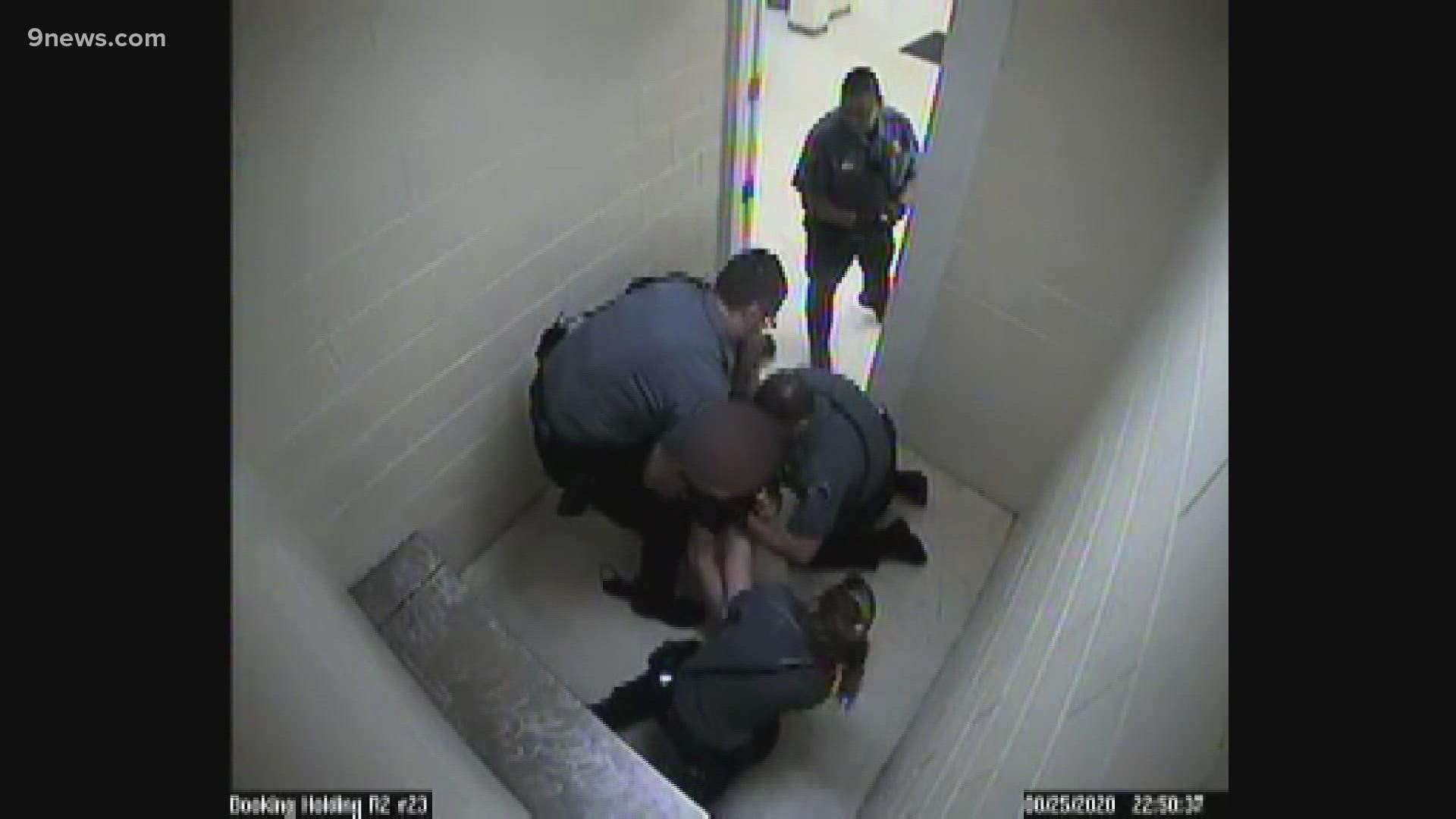 BRIGHTON, Colo. — A jury on Thursday found an Adams County Sheriff's deputy not guilty of third-degree assault on a handcuffed inmate at the county jail, according to the 17th Judicial District Attorney's Office.

Andrew McCormick was one of three deputies charged in an incident on Aug. 25, 2020, regarding a dispute over the position of an inmate's handcuffs. The inmate, Michael Cassidy, told 9NEWS that his hands were cuffed behind his back in a locked holding cell. He slipped them to the front of his body and was told by deputies to put them back. As he was doing so, "I got jumped and beat up."

According to the DA's Office, video captured by a camera inside the holding cell showed McCormick striking Cassidy several times in the shoulder. The other deputies in the case -- Chad Krause, Michael Montgomery and Jaimie Malecha -- brought Cassidy down to the floor, the DA's Office said.

"In this case, the jury saw the evidence differently than we did, and we must, and do, respect their verdict," said 17th Judicial District Attorney Brian Mason in a news release. "Our mission at the District Attorney's Office is to keep our community safe and to make the criminal justice system better. We remain firmly committed to that mission."

Krause and Montgomery were also facing charges of third-degree assault and failure to intervene. After the not guilty verdict for McCormick, the DA's Office said it has filed a motion to dismiss those cases.

"If, in fact, [McCormick's maneuver] wasn't a crime, then the other two deputies who we charged with failure to intervene -- we don't have a reasonable likelihood of convicting them on that," Mason said of dismissing the charges, in an interview with 9NEWS. "A future jury would then hear that this other conduct was essentially deemed appropriate, then we don't have a basis to continue to prosecute these other two deputies."

This was the first time in Colorado that anyone was charged with failure to intervene.

Malecha was not charged in the incident.

The Weld County Sheriff's Office conducted the investigation into the incident, which resulted in the DA's Office filing the charges in September 2020.

The Adams County Board of Commissioners paid Cassidy $300,000 as a result of what happened in the Adams County Detention Center. The charges against Cassidy were ultimately dismissed.

RELATED: Some Loveland city leaders concerned with how Karen Garner case was handled