The shooting took place in the area of East 25th Avenue and Imboden Road on Tuesday morning, killing a woman. 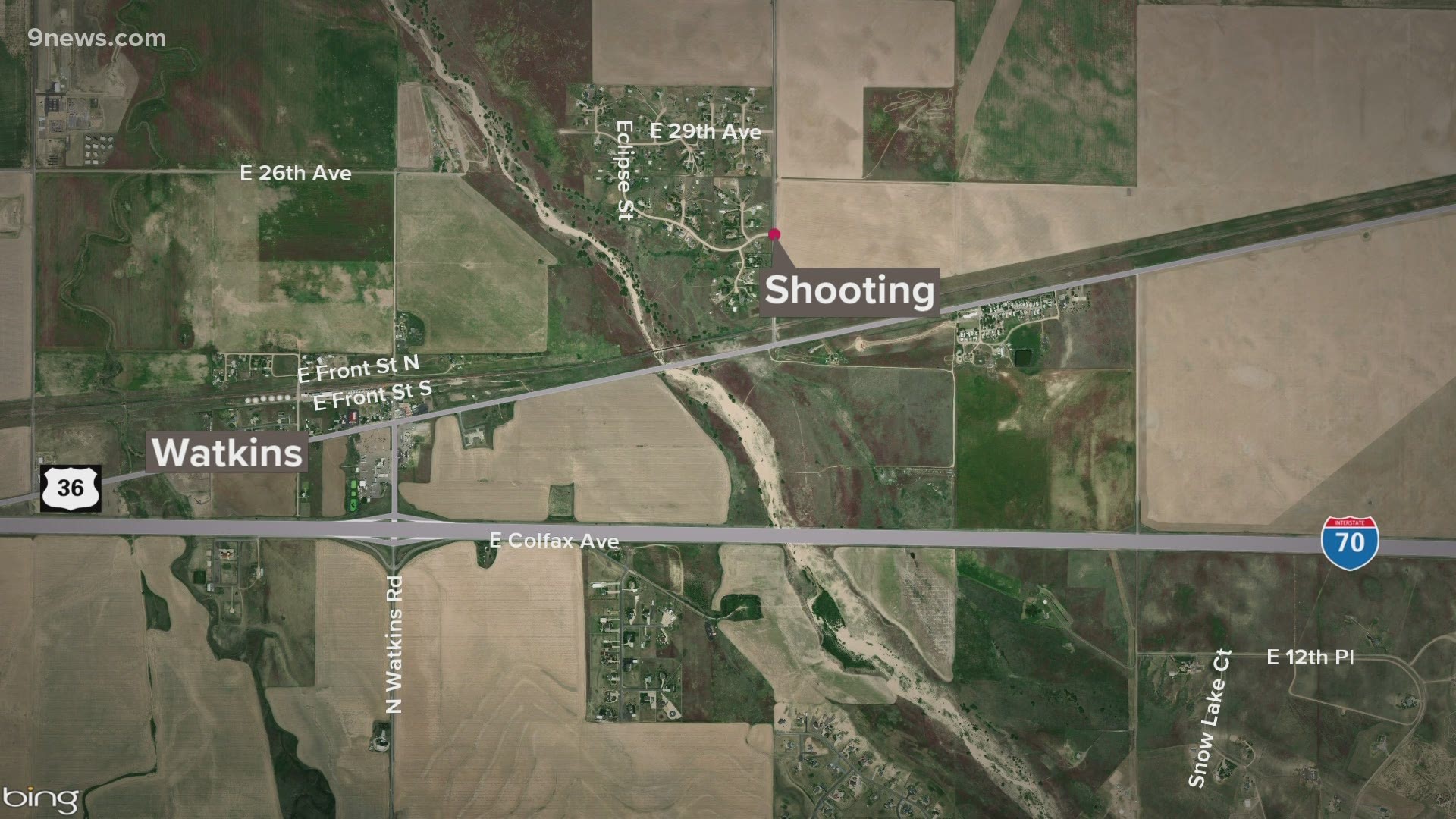 ADAMS COUNTY, Colo. — A woman was killed following an officer-involved shooting that took place in Adams County on Tuesday morning.

The shooting happened in the area of East 25th Avenue and Imoden Road, stemming from a pursuit that ended in that area, according to the Adams County Sheriff's Office (ACSO). That's northeast of Watkins.

At about 12:18 a.m., ACSO deputies located a suspected stolen vehicle, described as a gray Jeep SUV, on westbound Interstate 76 near East 88th Avenue and started a pursuit, ACSO said in a Facebook post.

Deputies lost sight of the Jeep, and it was eventually found abandoned near East 25th Avenue and Imboden Road, the post said. As deputies were searching the area, they found two female suspects on the property, according to ACSO.

Deputies were alerted that one of the women was armed, though it's unclear how they discovered the gun, and she was fatally shot, ACSO said.

ACSO has not released details on what led to a deputy or deputies firing their weapons.

The investigation into the shooting is still active. Investigators are conducting interviews with witnesses and individuals who were involved in the incident.