Affidavit: Youth pastor charged with child sex crimes told teen he wished he was married to her

Josh Clemons, the affidavit read, was married at the time of his relationship with the teen and would often tell her he didn't love his wife and wished he was married to the teen. 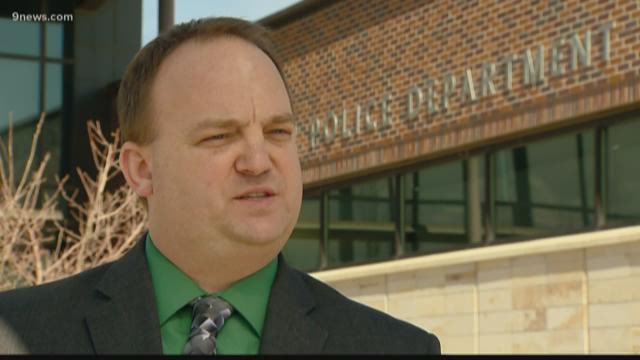 The youth pastor and former teacher accused of having sexual relationships with teen girls threatened suicide and created fake social media accounts to communicate with one of his victims, according to an affidavit from the Denver Police Department.

Joshua Clemons, 35, was taken into custody by the Denver Police Department on Tuesday on a single charge of sexual assault on a child by one in a position of trust. Since his arrest, two more identical charges were filed by the Parker Police Department.

"All three victims he met while he was at Crossroads Church," said Josh Hans with the Parker Police Department. "Without the strength with this victim and the other two victims, we wouldn't know about this."

Clemons worked as a youth pastor at Crossroads Community Church in Parker from 2006 to September 2015, according to the church.

According to the newly-released and heavily-redacted affidavit from the Denver Police Department, Clemons began his relationship with the unnamed victim in September 2014 and it ended in August 2015.

"Two years and a half years later the victim now realizes you know, what was actually going on," Hans said. "Now, she has the voice to step forward because at the time she wasn't able to see the manipulation and what was happening."

During an interview with a detective, the teen said she started her sexual relationship with Clemons when she was 17. Although she'd known him since she was in 5th grade through the youth group at Crossroads, they didn't become "involved" until she was a senior in high school.

In the affidavit, the teen said she and Clemons would often talk about how it was not "technically" legal for them to have sex. When she turned 18 in the fall of 2015, Clemons allegedly even brought her a birthday card that said something like "we're legal."

A 17-year-old in Colorado can legally consent to have sex with someone who is 10 years older than they are. In 2015, when the victim and Clemons were allegedly having sex, Clemons was 32.

When the teen went off the college, she said he would frequently visit her at school. The weekend of her 18th birthday, Clemons bought her emergency contraception Plan B and made her take the pill, she said in the affidavit, because "neither of them could have a baby."

"They don't understand what's going on and that they're being manipulated," Hans said. "What you have is a lot of times individuals who prey on younger people, prey on those who are innocent, naive."

Clemons, the affidavit read, was married at the time of his relationship with the teen and would often tell her he didn't love his wife and wished he was married to the teen.

The victim said when her relationship with Clemons ended, he "blew up" her email, created fake social media accounts and called her from unknown phone numbers. She also said he threatened to come to her house and showed up to her new church one weekend.

She told detectives at this time, she warned Clemons she was considering getting a restraining order against him. After this, she said, he still sent her emails and asked why she would want a restraining order. The victim said at this time, Clemons stalked her social media and gave her a hard time when he saw her with other men. He even threatened suicide, the affidavit read.

When other people asked the victim about her relationship with Clemons, she said she would say nothing sexual happened between the pair until after she turned 18.

Clemons' ex-wife, who was not named in the affidavit, told detectives she found emails in April 2016 between Clemons and the teen that talked about how they were in love. When asked why she specifically searched the teen's name, the ex-wife said she "had a suspicion something was going on because Josh was always spending time with her and her family."

The victim said she decided to come forward about what happened with Clemons after she learned he got a job as a youth pastor at Restoration Community Church in Denver. She said she worried about his possible access to young girls.

"When she found out he was going to have a similar role," Hans said. "She now, as time had passed realized what had happened and how wrong that really was and she wanted to make sure it didn't happen again."

Crossroads sent a letter home to all parishioners Tuesday afternoon. The letter, which was forwarded to 9NEWS, says the allegations against Clemons were first brought up to church staff on February 1 and that the church immediately notified the authorities.

The letter also says Clemons resigned his duties citing stress in 2015. The following year, the church learned he'd started dating a former member of his youth group who had recently turned 18.

Clemons also reportedly taught at the International Academy of Denver, according to a letter sent home by Denver Public Schools.

The letter says Clemons resigned in December and that school administrators have no reason to think he harmed any of their students.

9NEWS requested to interview Clemons. He denied our request.

Parker Police and DPD are asking for any witnesses or victims to come forward. Anyone with relevant information should call Parker Police Detective Wilson at 303-805-6561 as soon as possible.