After the theft on Monday, two men were seen unloading packages into a gray Ford F-150 in the Columbine Knolls neighborhood, authorities said. 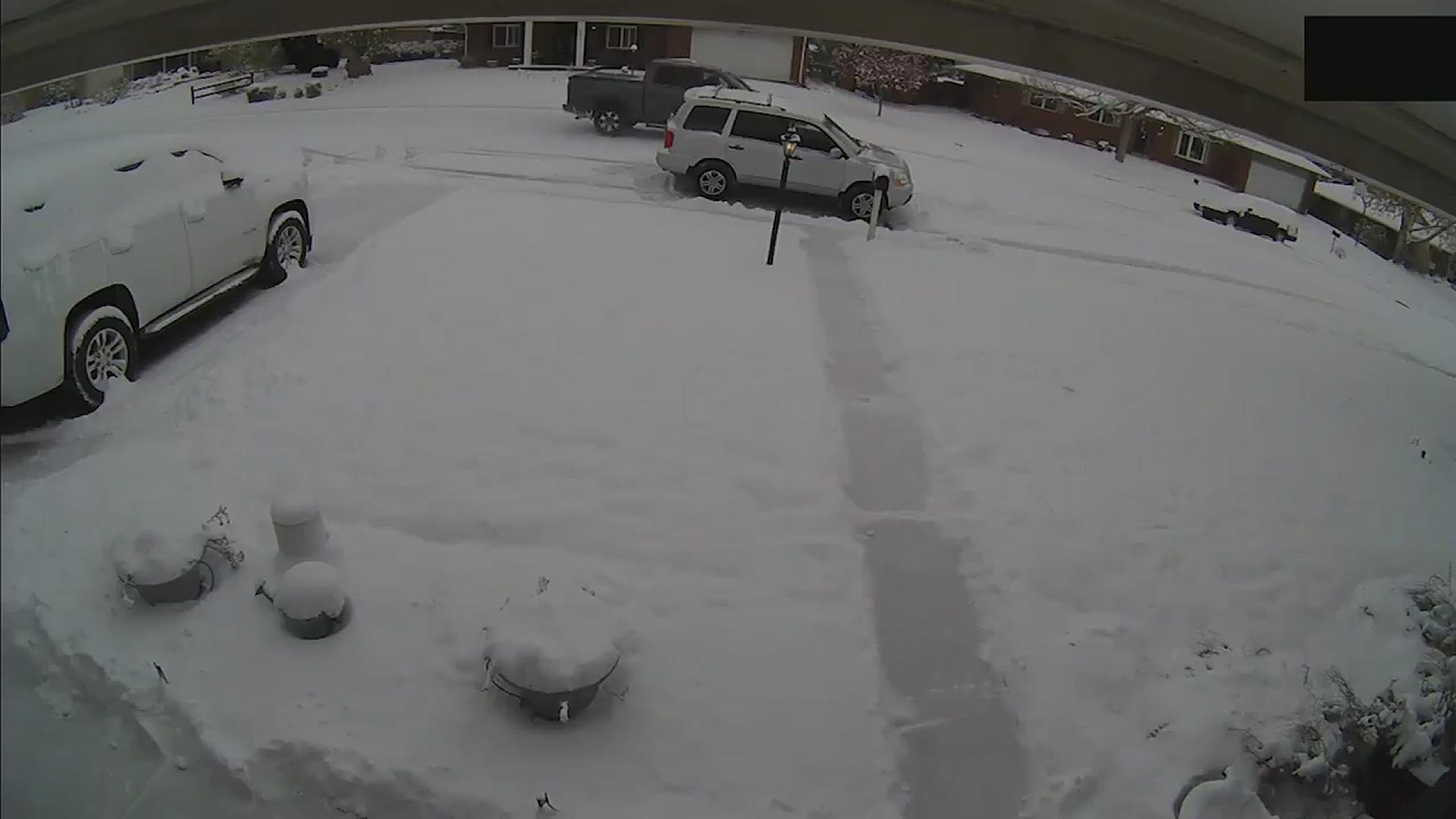 JEFFERSON COUNTY, Colo. — The Jefferson County Sheriff's Office (JCSO) was looking for suspects in the carjacking of an Amazon van on Monday morning in a neighborhood near South Platte Canyon Road and West Ken Caryl Avenue.

The Sheriff's Office released surveillance video of a dark grey 4-door Ford F-150 with a black cover over the truck bed that was associated with the carjacking suspects.

A man with a weapon stole the Amazon van about 10:15 a.m. in the 5000 block of West Rowland Place. The delivery driver was outside the van, having just delivered a package, and wasn't injured, a Sheriff's Office spokesperson said.

Afterward, the carjacking suspect and another man were seen a few blocks away, near South Depew Street and West Plymouth Drive, unloading packages from the van and into the F-150. The Sheriff's Office spokesperson said some but not all of the packages in the van were taken.

The Amazon van was found and recovered, but the suspects and the F-150 are still at large, the Sheriff's Office said.

Tipsters can also contact Metro Denver Crime Stoppers at 720-913-7867 or metrodenvercrimestoppers.com. Tipsters can be eligible for a reward of up to $2,000 for information leading to an arrest.

RELATED: Arson suspected as cause of fire that destroyed Jeffco garden gazebo built to honor a fallen deputy