A woman posted a photo on social media claiming she had been "jumped" by the Aurora Police Department. 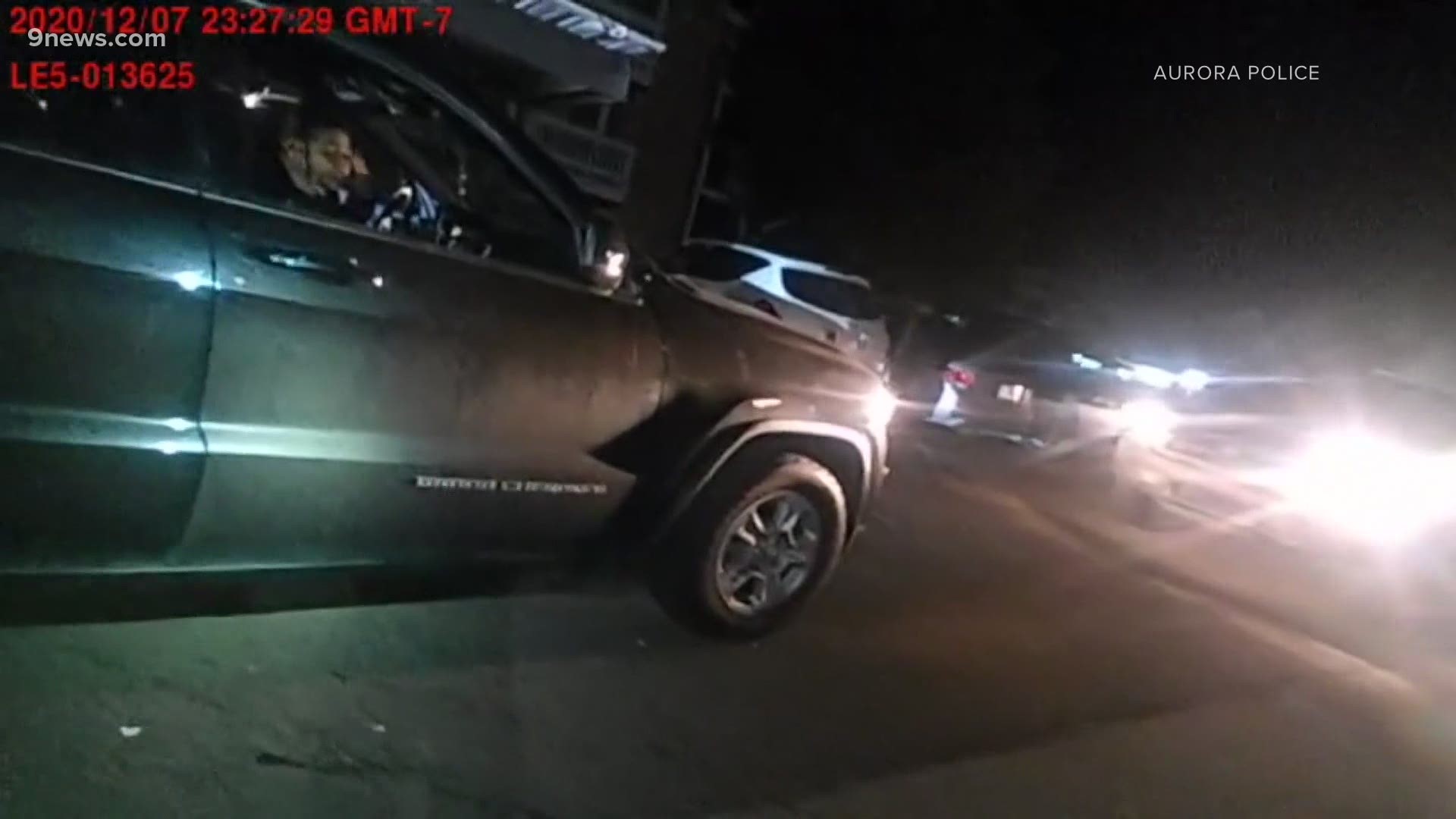 AURORA, Colo. — Aurora Police are responding after a photo of a woman with injuries on her face and a claim that she was "jumped" by officers was shared widely on social media.

The picture shows a Black woman with red abrasions on the side of her face and text that reads, "I really got jumped by @AuroraPoliceDepartment G like I can't believe this s***."

A statement from the Aurora Police Department (APD) says the incident in question happened on Dec. 7 at 11:12 p.m.

APD said they responded to the Cambrian Apartment Complex at 15601 E. Caspian Cir. because callers said a woman had been honking her horn in the parking lot for 20-30 minutes, yelling at residents and threatening to shoot people.

When police officers arrived, they said they found Alexandra Stevenson alone in a vehicle with a handgun.

APD said Stevenson was asked to exit her vehicle "multiple times" and was forcibly removed when she did not follow those orders.

"She refused to comply with the officers' lawful orders, and the decision was made to remove her from the vehicle due to the fact the officers had information she was in possession of another weapon," the statement says. "Ms. Stevenson received asphalt scrapes to one side of her have when she was removed from the vehicle to the ground."

The video shows officers arrive on the scene, ask Stevenson to get out of the vehicle and to put her hands on her face.

Stevenson points out her handgun in the video and tells officers they can have it. One of the officers is seen on video opening the passenger side door and taking the gun from the car.

At some point, Stevenson is pulled from the vehicle and handcuffed on the ground.

The video then shows officers speaking to her while she is in the back of a patrol car.

Stevenson tells officers that someone is parked in the spot she pays for and she was trying to get that person's attention. When people came outside to confront her, she says in the video that she got worried for her safety and got her gun from her apartment but never threatened anyone.

Police are seen eventually removing her handcuffs, returning her gun and letting her go.

Stevenson was issued a criminal summons for disorderly conduct and obstructing a peace officer, APD said.

APD said that because force was used to arrest Stevenson, an internal review is being conducted.