Witness: Man arrested for shooting during Aurora protest seemed 'horrified at what he did'

Police said the suspect fired a weapon as a Jeep drove through a crowd of protesters Saturday, injuring two people. 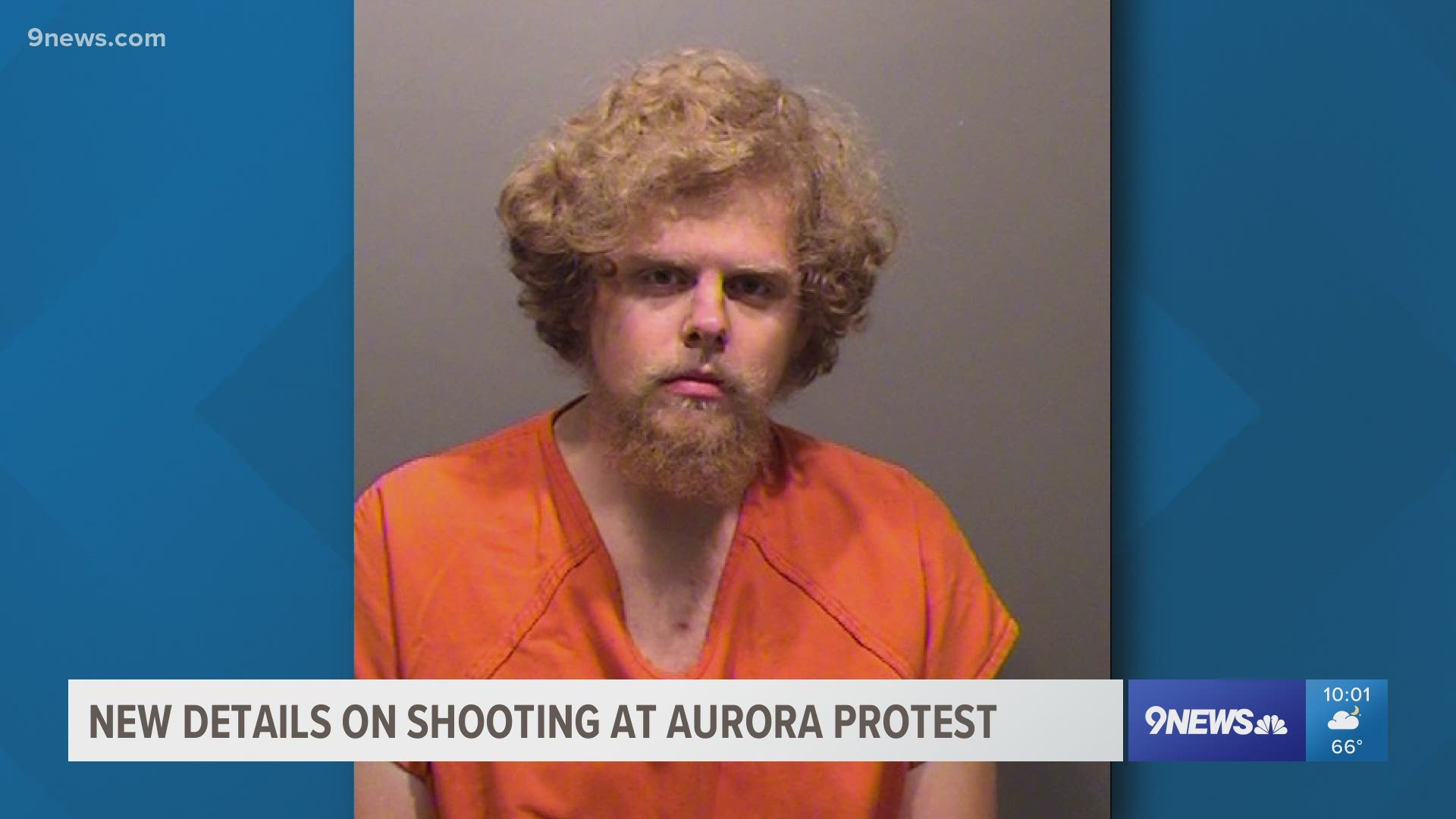 AURORA, Colo. — Aurora Police (APD) have arrested a suspect in the shooting of two people during a protest on Interstate 225 Saturday.

According to an arrest affidavit obtained by 9NEWS on Tuesday, Young turned himself in to police and said he'd be willing to speak with legal representation.

One witness told police that Young had a "wild west-style gun" and appeared to be "horrified at what he did."

"After firing his weapon, he placed his gun back into his pocket, and entered a state of shock which she describes as the male's legs weakened, causing him to fall to the ground," the affidavit says the witness told police.

The affidavit says Young dumped the shell casings from his weapon onto the highway. They were later recovered by investigators.

According to the affidavit, Young began firing at a Jeep that drove through the crowd of protesters at around 7 p.m. as they gathered on northbound I-225.

Two people were struck by gunfire, APD said: One man was shot in the leg and was taken to the hospital, and another was grazed on the head. That man also went to the hospital. There have been no reports of anyone being injured by the Jeep, police said.

UPDATE: Thank you for all the tips submitted to us. We have been able to positively identify this male.

More information should be released this afternoon. https://t.co/maVzfWkWau

The Jeep continued on I-225, police said, eventually exiting at East 6th Avenue. The driver of the jeep pulled over at East 6th Avenue and Billings Street, where he found officers who were investigating an unrelated crash. Police said the driver was positively identified and questioned, and that the Jeep was impounded for "evidentiary purposes."

During preliminary interviews with the driver, police said he told officers that while he was on I-225, protesters surrounded his Jeep and were yelling and striking his vehicle. He also told officers that a white pickup truck struck the front of his vehicle and that the reason he drove toward the protesters is that he was scared and trying to get away.

APD said detectives are in contact with the shooting victims who might have captured pictures or videos of the incident. One of the victims is still in the hospital, police said.

Police are continuing to ask for help from the public. They want any pictures, videos or eyewitness accounts that show the events leading up to the Jeep driving into the crowd and from the shooting.

APD said its Major Crimes Unit spent time Sunday at the scene of the incident investigating and searching for evidence, which temporarily closed the northbound lanes of I-225. Police said the event organizers have not reached out to detectives, and that's why they need the public's help.

Police said once all of the evidence is gathered, the case will be presented to the 18th Judicial District Attorney's Office for criminal culpability.

“I not only find great concern with someone making the decision to drive their vehicle toward protesters on the interstate, but that someone in the protester group opened fire, recklessly shooting two people," said Interim Chief Vanessa Wilson.

Young was released from the Arapahoe County Sheriff's Office on a $75,000 bond Tuesday night. He will appear in court Wednesday morning.