Rita Desjardine, 36, was found dead in a motel room at the Broadway Plaza Motel on the morning of Dec. 7, 1994. 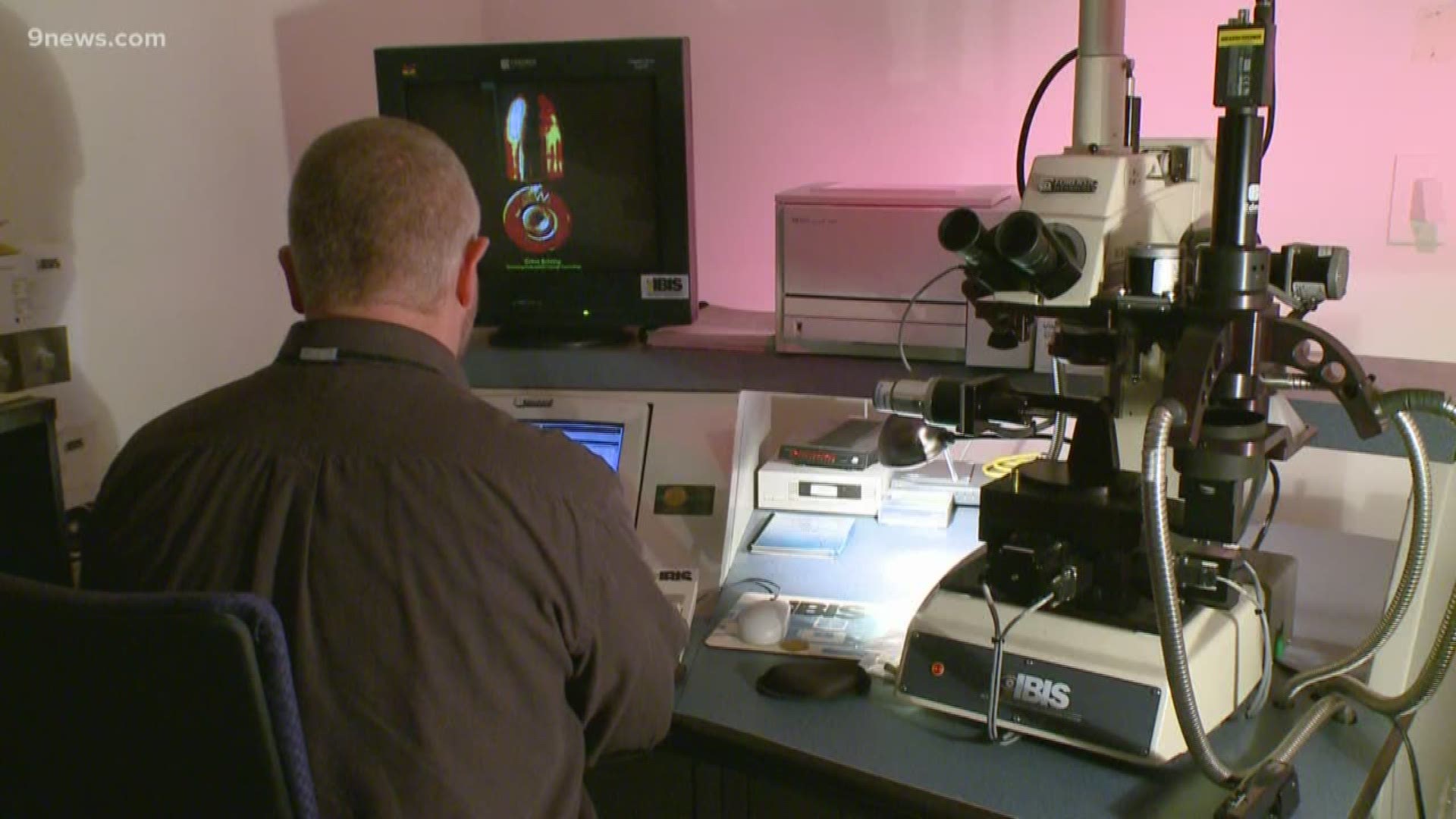 DENVER — A Virginia man has been arrested and extradited to Colorado where he now faces murder charges in connection with the 1994 death of a woman at a Denver motel.

Steven Cumberbatch, 58, is charged with murder, the Denver District Attorney's office announced. He was arrested in Virginia and is back in Denver to face charges.

>The video above is about a grant that helped fund the work in this case.

According to an arrest affidavit, a worker at the motel knocked on the door of room 202 of the Broadway Plaza Motel on the morning of Dec. 6, 1994 around 11 a.m. but got no answer. When she returned later that same day and again got no answer, she used a key pass to open the door and saw what she believed was a woman sleeping on the bed. The worker closed the door and left.

The next morning two workers went back to the room and again got no answer, according to the affidavit. They again used the key pass to open the door and found the woman appearing to be in the same position on the bed as the day before, the affidavit says. That prompted them to move further into the room where they noticed bruises on the woman's face and blood on the sheets, the affidavit says.

Both workers left the room and called 911.

Police responded to the room and located the following items:

An autopsy conducted on Dec. 8, 1994, concluded that Desjardine had been smothered to death. It also noted various other injuries which were redacted in the arrest affidavit.

A witness who had helped set up Desjardine with groceries at the motel said he stopped by her motel room around 8:30 a.m. on Dec. 6 for a health and welfare check, the affidavit says. He said he didn't get an answer at the door, but said while he was at the door, he saw a hand belonging to an African American person part the curtains of the window next to the door and then pull them closed.

He told police, according to the affidavit, that he then left to get into his car. As he was leaving, he said he saw a Black man leaving room 202.

In the immediate months following the killing, the palm and fingerprints were sent to labs but no matches were found.

In 2004, evidence in the case was re-examined to see if any DNA evidence existed that could be tested.

In researching his name, investigators found that Cumberbatch had been arrested in Denver on Oct. 31, 1994. He was arrested just two blocks from the hotel where Desjardine was found dead less than two months later.

As a result of the DNA match from the gin bottle, other items found in the room were tested, including the men's clothing. DNA found on the inside waistband of the shorts matched to Cumberbatch, the affidavit says.

They were also able to match Cumberbatch's fingerprints to various items in the room including the bloody prints and the broken brackets from the table.

The break in the case is due in part to a National Institute of Justice $500,000 grant that was awarded in late 2019.

“Violent crime cold cases are among the most challenging of all our cases,” said Denver DA Beth McCann. “This federal funding was key to building the case that led to charging Steven Cumberbatch with the murder of Rita Desjardine.

I am proud of the collaboration between the Cold Case Units of DPD and the DA’s Office and the DPD Crime Laboratory that this grant is enabling,” said Denver Police Chief Paul Pazen. “The work being done under this grant is innovative and important for our community.”