The man who was shot during a road rage incident in May now faces charges. 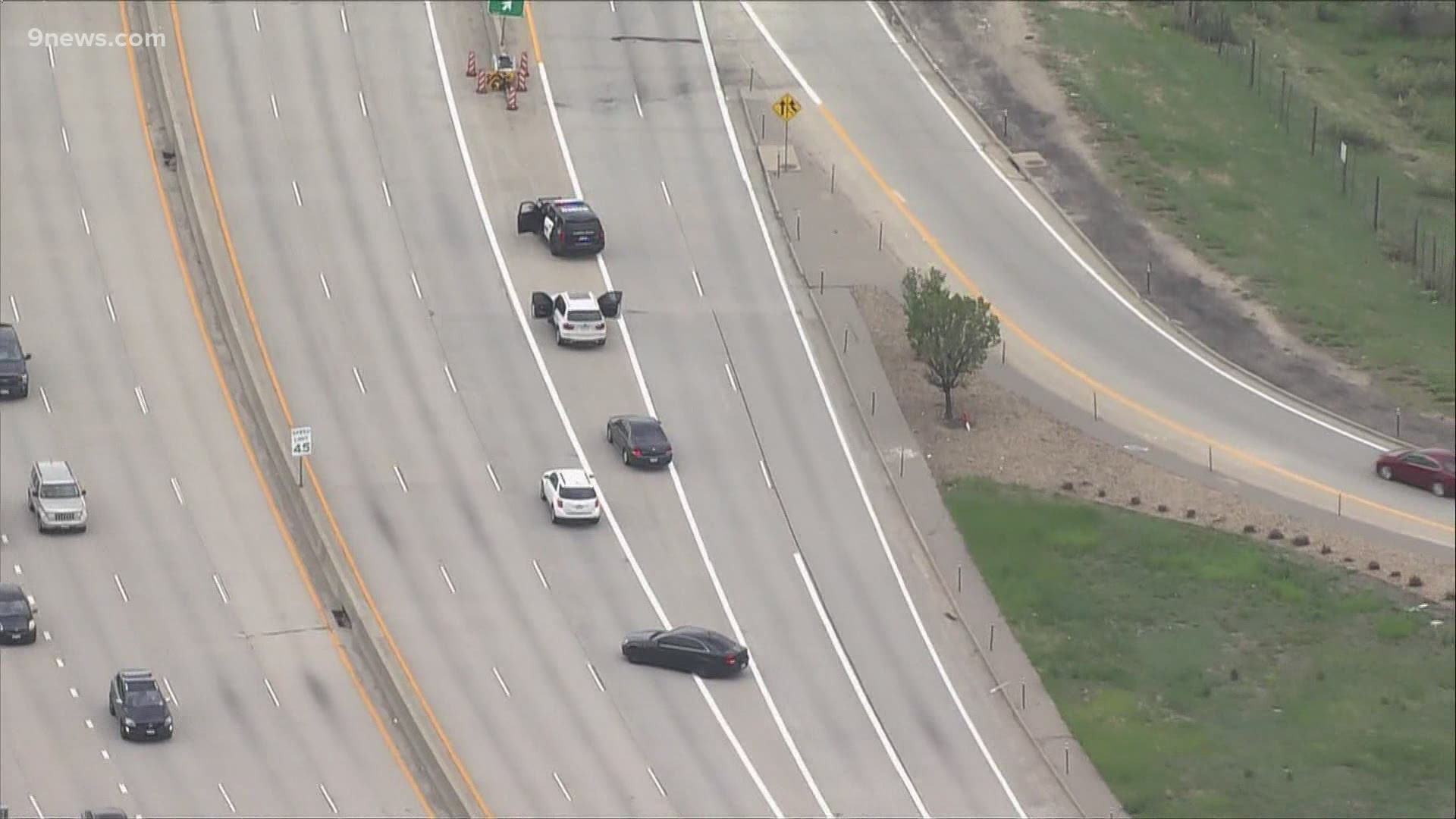 AURORA, Colo. — The man who was arrested this month in connection with a road rage shooting in Aurora in May is the person who was shot and wounded during the incident, an arrest affidavit says.

According to the affidavit, one man called 911 around 12:30 p.m. on May 26 to report that he had shot someone after he had been punched while in his car near South Parker Road and East Hampden Avenue.

That man was told to wait in a parking lot near South Parker Road and Quincy Avenue for deputies to arrive, the affidavit says.

A short time later, 38-year-old Ali Sulais called 911 to report that he had been shot and first responders were sent to check on his welfare.

>The video above aired in May at the time of the incident.

The other person was initially taken into custody, the affidavit says. While in a patrol car, officers noticed the man had "noticeable" swelling and redness on the side of his face, according to the affidavit. It also notes that the man was "compliant."

Responding officers spoke with a person who was a passenger in Sulais' vehicle. She reported that they were on southbound Interstate 225 near Parker Road and there was a red car that wouldn't let them merge onto the off ramp and that same car had been "brake checking" them as they went down the off ramp, the affidavit says.

The woman said she then became "engrossed" in her phone and didn't remember anything until she heard a gunshot and looked up and saw a red car in front of them. She said the driver of the red car was waving a black handgun, the affidavit says, and that she noted Sulais was bleeding.

She reported that their vehicle never stopped and that she believed the shooting happened while they were moving, according to the document. She insisted, the affidavit says, Sulais never exited the vehicle.

Sulais, however, contradicted her statements. When interviewed in the hospital, he said that his vehicle had mechanical issues just past the traffic light near Parker Road and I-225 and that he had to stop it abruptly and couldn't immediately restart it, the affidavit says.

He told investigators, the person in the car behind him began to honk at him, the document states. Sulais said he got out, and told the other driver, "are you stupid? The car is shut down."

Sulais said he was shot as he walked back to his car and said he had never been closer than five feet from the front of the car, the affidavit says. He also, according to the document, denied there had been any type of road rage incident prior to that and he had "simply broken down."

Investigators interviewed several witnesses and none of their stories matched the narrative that Sulais and his passenger put forth.

One man said he was headed south on Parker Road after the I-225 interchange when he heard screeching and saw a white BMW had abruptly stopped in front of a red Volkswagen. The red car managed to swerve around the BMW, he told investigators. The man then said the BMW sped up, and swerved into the center lane where it almost struck another vehicle and then swerved back in front of the red car and abruptly stopped again, the affidavit says.

That time, the red car, stopped as well, according to the witness. He reported that the driver of the BMW got out and it appeared he was going to fight the other driver, but he was driving and didn't know what happened after that.

Another witness reported that he saw the BMW try to "crash" the red car several times and during one of the incidents, he thought the red car might have hit the BMW because the driver had "nowhere to go", the affidavit says.

The witness said the BMW driver got out and "furiously started punching" the driver of the red car, according to the affidavit. He said he heard a gunshot as he drove by.

He reported that he believed the driver of the red vehicle was "only defending himself," according to the affidavit.

The driver of the red car said due to the several attempts to crash his vehicle he had moved his pistol into his lap, the affidavit says. He reported that Sulais got out and punched him and that he was "dazed" but said he was worried that if he didn't do something he would "beat the [expletive] out of" him, the affidavit says.

When Sulais got ready to punch him again, the man reported that he fired a single shot which he believed struck the man in the shoulder area. He said he immediately called 911 to report the incident.

An arrest warrant was issued for Sulais on June 29 and he was arrested in Broomfield earlier this month. According to court documents, he faces the following charges:

Sulais posted bond and has since been released from custody, court records show.