Police arrest 1 suspect, looking for another in car break-ins, thefts

One suspect was arrested after a crime spree that included firing a gun and hitting a car owner with their vehicle, police said. 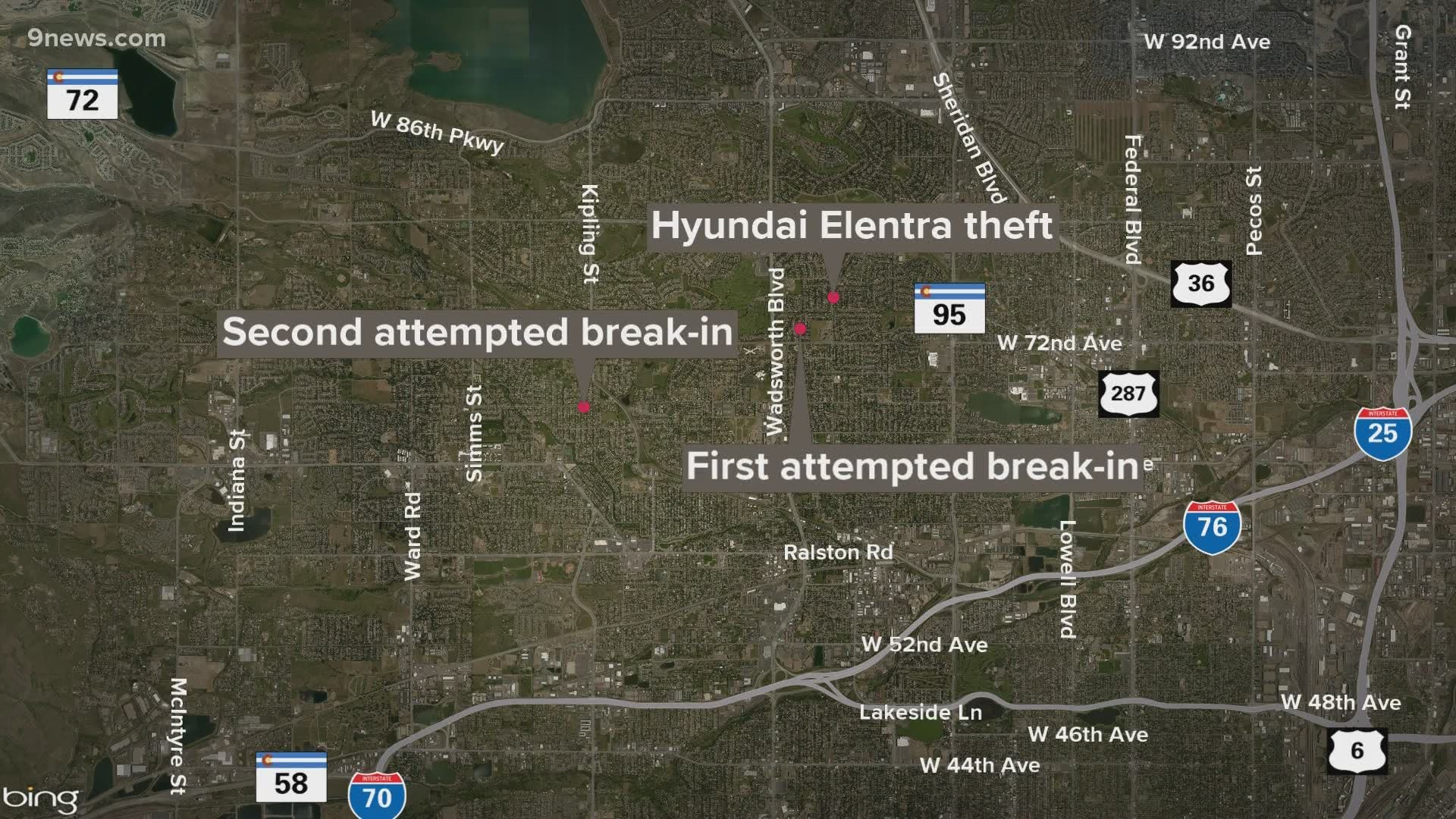 ARVADA, Colo. — The Arvada Police Department (APD) arrested one suspect and was looking for another in a crime spree that included several attempted vehicle break-ins and thefts early Saturday, according to a APD news release.

The incidents started about 2:50 a.m. when suspects in stolen Kia Soul attempted to break into a truck in the 7300 block of West 73rd Avenue, in the neighborhood just west of North Arvada Middle School, APD said.

The truck's owner confronted the suspects, who fired a gun and left the area. No one was injured, according to the release.

About four hours later and a half-mile away, a brown Kia Soul was reported at 6:42 a.m. at the theft of a Hyundai Elantra in the 7500 block of Pierce Street, police said.

At 7:05 a.m., the suspects in the Kia Soul and the Hyundai Elantra attempted to break into a vehicle in the 8100 block of Kline Street, about three miles southwest of the previous incidents, according to the release.

The car owner confronted the suspects, who then hit the owner with one of the suspect vehicles. The owner's injuries were not life-threatening, APD said.

A short time after that, the suspects abandoned the Kia Soul and were believed to be in the Hyundai Elantra, which an officer spotted in the 7400 block of West 84th Way.

The suspects fled, and APD officers pursued, police said. The officers ended the pursuit with a tactical maneuver, hitting the Elantra, near Sheridan Boulevard and Interstate 70, APD said.

There was one suspect in the vehicle, who attempted to run from the scene and was taken into custody, police said.

APD did not release the suspect's name due to the ongoing investigation.