Arvada Police officers were involved in an officer-involved shooting in the 8100 block of Garland Drive on June 2. 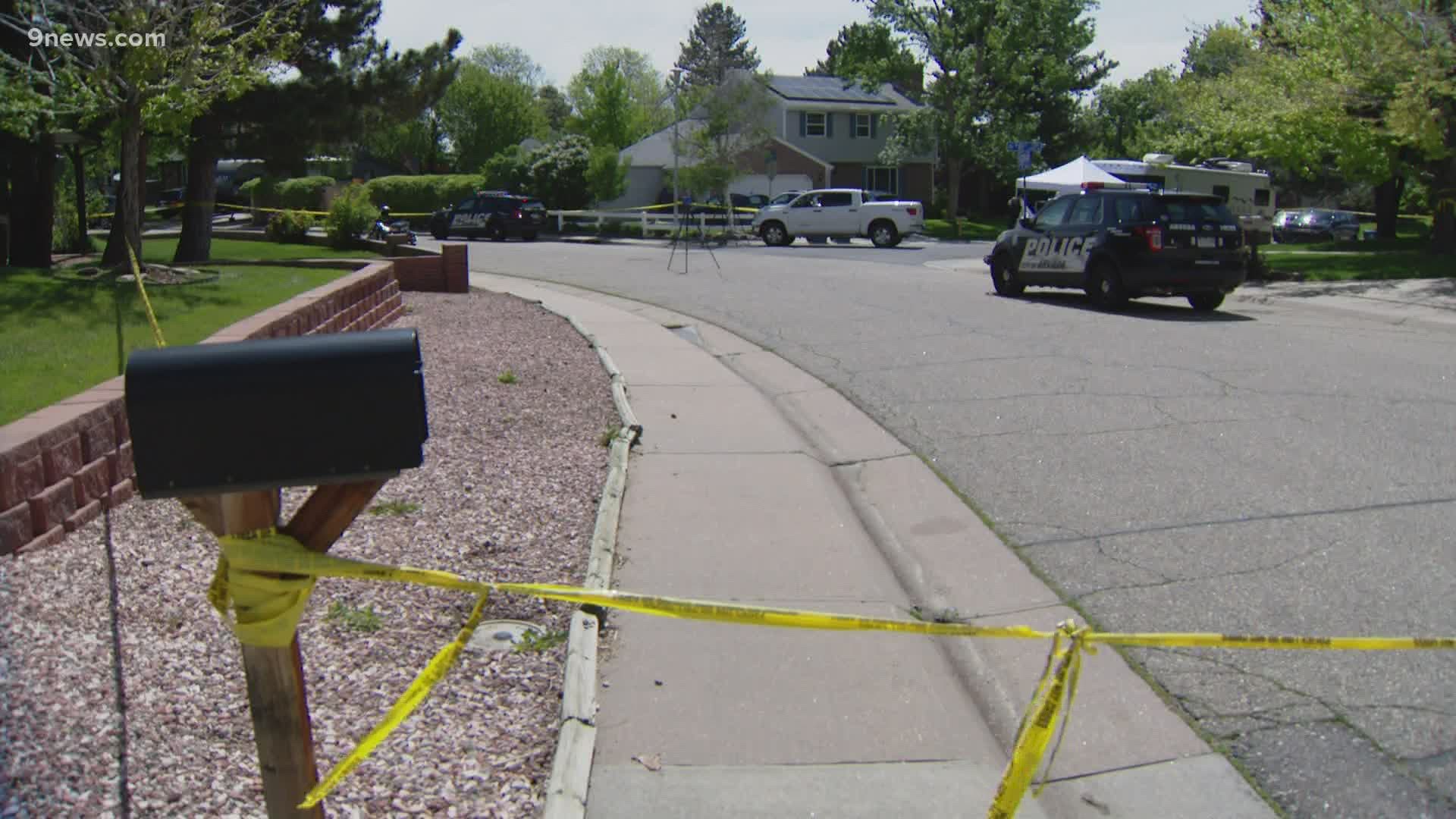 ARVADA, Colo. — The Arvada Police Department (APD) is investigating an officer-involved shooting that happened in the 8100 block of Garland Drive on Wednesday morning.

That's near Kipling Street and West 80th Avenue in Arvada.

The incident started when the suspect, identified as 24-year-old Eugene Matthews, confronted a woman who was in her SUV in the Target parking lot, located at West 79th Avenue and Wadsworth Boulevard, police said.

Matthews pointed a gun at the woman and opened her door, according to police. The woman was able to run away and was not harmed, police said.

Shortly after the first incident, police said they were called to an armed robbery at the same Target. The victim in the armed robbery said Matthews held her at gunpoint, stealing her phone and her black GMC Yukon SUV, police said.

Arvada police said Matthews then drove the stolen Yukon north from the parking lot toward Pomona Drive. He drove into a fire hydrant and through church property, and then drove into a neighborhood where he crashed into a trailer and a boat, police said. The SUV ended up near West 81st Avenue and Garland Drive and was undriveable after its collisions, according to police.

A neighbor who runs an in-home daycare saw the SUV and came outside where she was met by Matthews who was coming toward her, police said. The person ran back into their garage as Matthews began to pull his handgun, police said.

According to police, Matthews took out a weapon and fired at least once. Officers returned fire, hitting and killing Matthews.

According to police, Matthews was on parole at the time of the shooting.