The suspect was wanted on a felony warrant and was under investigation for violating a restraining order, Arvada Police said. 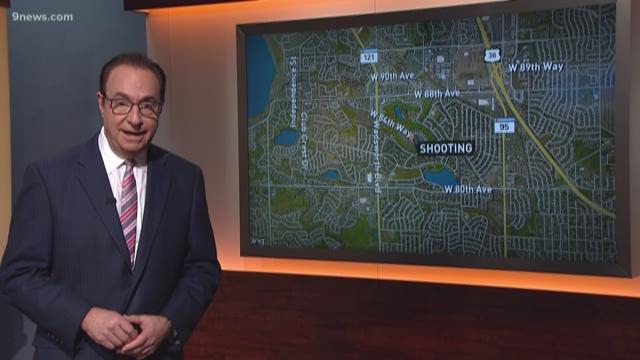 A man who Arvada Police say was wanted on a felony warrant was shot and killed by officers Wednesday evening after he allegedly threatened them and a K9 with a knife.

This happened shortly after Arvada Police officers responded to a report of a “suspicious person” in the 6900 block of 84th Way at around 8:40 p.m. Wednesday, according to a news release from the Arvada Police Department.

When officers arrived, they say they determined the suspect in the area was wanted on a felony warrant and was under investigation for a restraining order violation – prompting them to call a K9 to help.

They later found the suspect, who hasn’t been identified by name, in an “enclosed area,” according to the news release.

Police say they noticed the man had a knife and ordered him to drop the weapon. Officers say he didn’t comply and instead came at the officers – prompting them to open fire.

The suspect was pronounced dead at the scene.

As is common procedure in officer-involved shootings, the Jefferson County Critical Incident Response team is investigating the incident and the officers involved have been placed on administrative duty.

It’s unclear exactly how many officers fired their weapons.