DPD said the shooting victim is expected to survive. 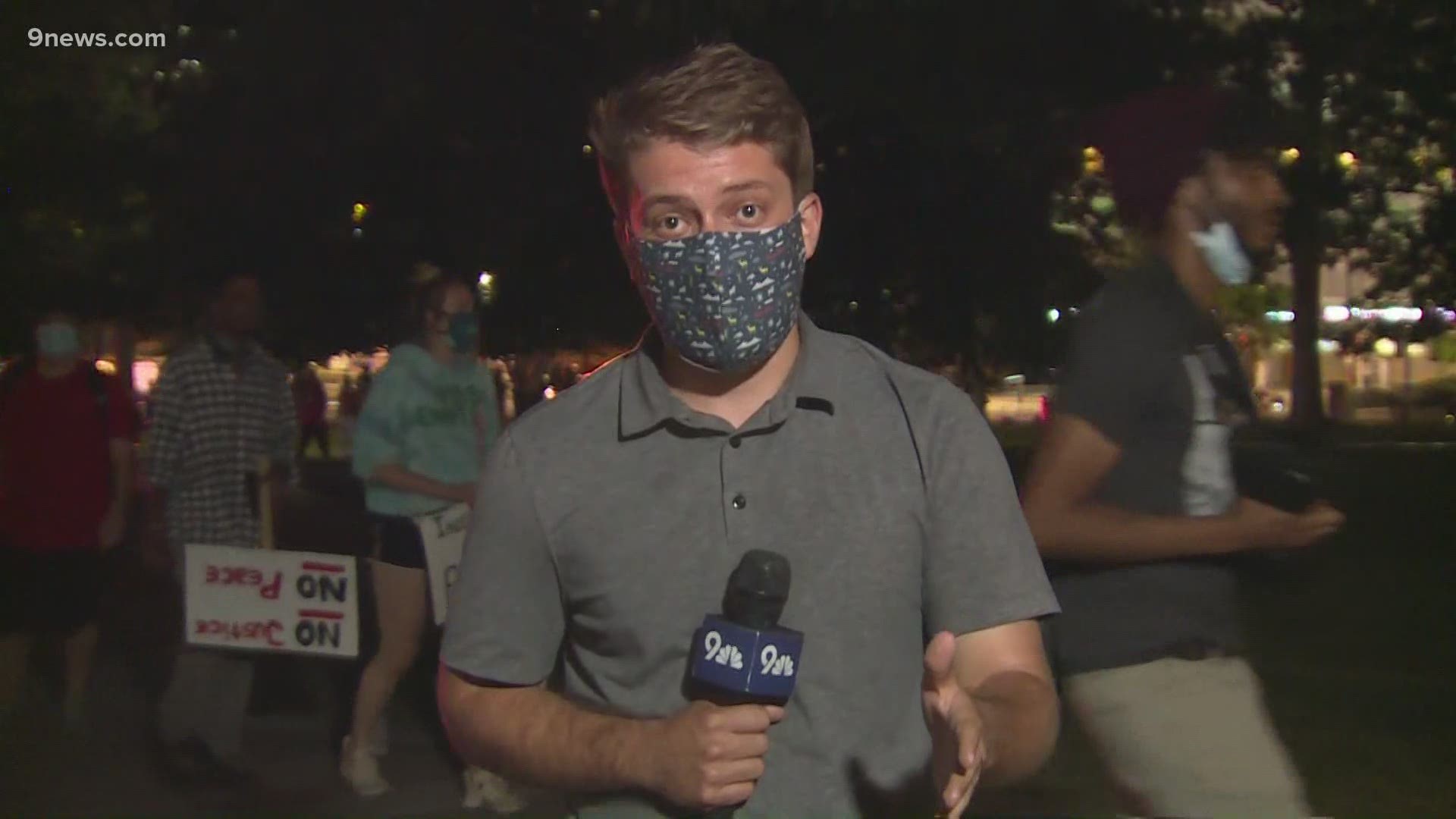 DENVER, Colorado — At least one person was injured in a shooting near Civic Center Park in Denver Thursday night, according to a tweet from the Denver Police Department (DPD).

DPD said that person was transported to the hospital and is expected to survive his injuries.

It happened near Colfax Avenue and Broadway on the corner of Civic Center Park just before 10 p.m.

Police later said two more people walked into Denver Health with what appeared to be stab wounds. They said these people are possibly related to the same incident, but as of Friday afternoon, they were still trying to determine that.

The shooting happened where protests into the in-custody death of George Floyd have been centered over the last eight days.

While many protesters were peacefully marching on a different section of Broadway at the time of the shooting, many others were gathered at the capitol nearby. DPD said Friday they don't believe it has a connection to the protests aside from the location of the incident.

No arrests have been made.

RELATED: Cost of vandalism to concession stands at Aurora high schools estimated at more than $22,000