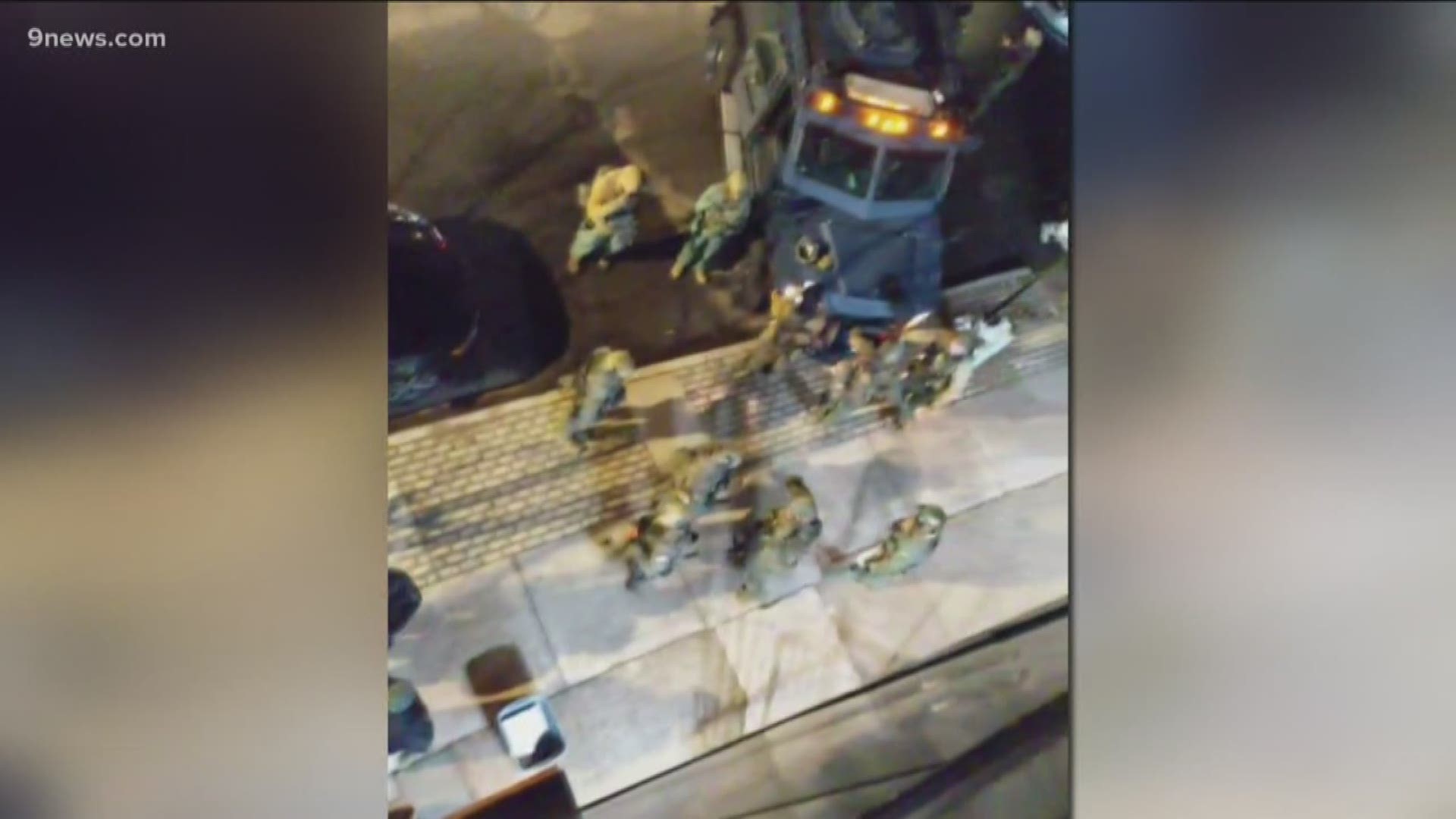 DENVER — Twelve people have been arrested and will likely face charges related to the Colorado Organized Crime Control Act (COCCA) after local law enforcement and agents with the Bureau of Alcohol, Tobacco, Firearms and Explosives (ATF) executed 19 search warrants around the Denver metro area early Thursday.

"I can confirm that some of those arrested do have ties to motorcycle gangs," said Special Agent in Charge David Booth with the Denver Division of the ATF.

Two of the 19 locations were in Lakewood, and a third location was in the 3200 block of Navajo Street in Denver, according to ATF spokesperson Matthew Deasharo.

A 9NEWS crew saw agents going in and out of the Hells Angels clubhouse on Navajo Street Thursday morning. Booth confirmed they were at that location and that the warrants involved at least two motorcycle gangs, but declined to specifically name Hells Angels as one of them. When pressed by reporters for more information, he mentioned the group.

"It's not just a Hells Angels case; there are other people involved," Booth said. "This is a case that started back in June. We were assisting the Denver Police Department, and it turned into a lot bigger [thing] than we thought."

Other search warrants were executed in the Denver metro area, Colorado Springs and Weld County, according to Booth. At one such location in Lakewood, a suspect was shot by a SWAT team member who executing a warrant on behalf of the ATF, according to the Jefferson County Sheriff's Office.

All agencies were tight-lipped about what type of crimes prompted the search warrants, but Denver District Attorney Beth McCann said the suspects will likely face charges related to COCCA.

"We use (COCCA) when we have a criminal enterprise and a conspiracy where we have several people working together to commit criminal activity," McCann said.

McCann said state charges would be filed, but said it's possible those arrested could also face federal charges.