A civil rights attorney working with Alex Domina’s family says the 19-year-old’s grandmother called 911 asking for help while he had a mental health crisis. 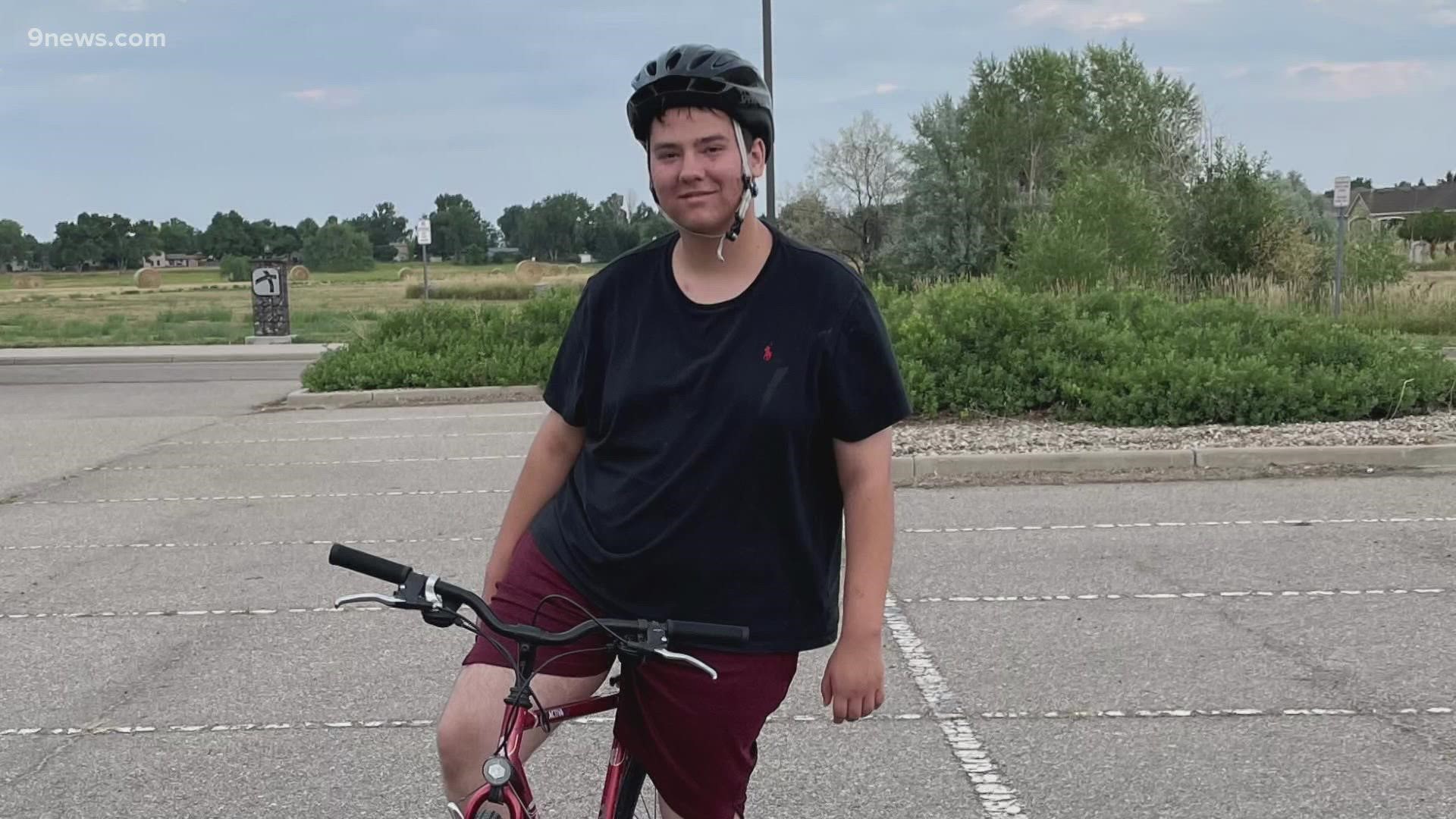 LOVELAND, Colo. — Loveland Police say they were responding to a "disturbance" at a home in Loveland Monday night when an officer shot a man who lived there. An attorney working with that man’s family says there is a lot more to the story.

CIRT says when Loveland officers arrived at the home on Tennessee Street, they found a man who lived there in the backyard of his residence armed with a knife.

“During the course of the interaction, the police officer fired several shots, striking the man,” the CIRT team wrote in a press release, although investigators did not explain what happened during that interaction, or why it led to an officer firing their weapon.

The injured man was identified by an attorney working with the family as 19-year-old Alex Domina.

“He was suffering from a mental health crisis when his grandmother called 911 to get the kind of help he needed,” said Mari Newman, a civil rights attorney.

Newman says Domina lived with his grandmother and had “severe mental disabilities” after years of abuse as a child.

“His IQ is around 62 and so he is really, functionally, more like a child than an adult,” she said.

Investigators said Domina was armed with a knife. Newman says Domina never threatened his family with the knife, instead, grabbed one from the kitchen because he was scared of the police.

“No family should ever have the fear that, when they call 911 for help, that what ends up happening is that their loved one ends up shot three times.”

Newman said Domina had three surgeries since the shooting, and remains seriously injured. She described his condition as “touch and go” and “dire,” and said he is currently unable to breathe on his own.

9NEWS reached out to Loveland Police and Fort Collins Police, which is leading the CIRT investigation into the shooting, to ask if the responding officer understood the call to be mental-health related (as Newman described it), and what exactly led to an officer firing their weapon.

In a release Thursday, the CIRT team acknowledged that the initial caller stated that a family member was having a mental health crisis and was "actively damaging" the home.

According to the Thursday release when officers arrived, Domina was in the backyard with a knife and when he moved forward, the officer fired his duty weapon, striking him.

Loveland police identified the officer involved on Thursday as Eddie Luzon and said he'd been with the department since 2019. He's currently on paid administrative leave pending the findings of the investigation.

An independent consultant is already looking into Loveland Police's current policies and procedures following a different, unrelated case from last year. That investigation is reviewing the details of a forcible arrest of a 73 year old woman with dementia. Two former Loveland police officers involved in that case are now facing charges.

RELATED: Man exchanges gunfire with deputies after barricading himself in garage