Attorney: Lower bond needed for alleged drug ring leader so he can care for his 7 kids

The defense attorney for the alleged ring leader of a drug organization that ran marijuana illegally across state lines – and was busted by local and federal cops last week -- asked the judge to lower his client’s bond from $1 million. 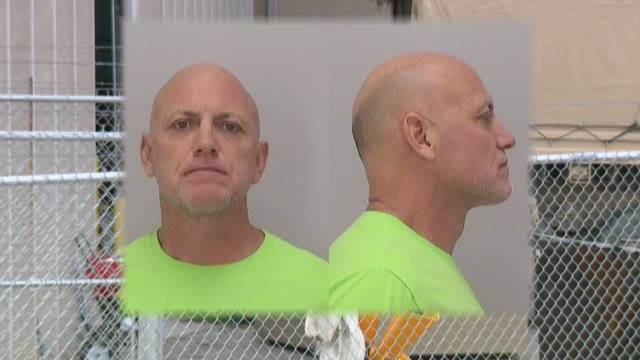 The defense attorney for the alleged ring leader of a drug organization that ran marijuana illegally across state lines – and was busted by local and federal cops last week -- asked the judge to lower his client’s bond from $1 million.

Attorney Christopher Decker said Michael Stonehouse, 52, was not a flight risk and needed to be out of jail to help take care of his seven children -- including two disabled boys.

Stonehouse and a dozen other defendants were arrested March 16 in a marijuana raid that went from Northglenn to Colorado Springs and was a result of a grand jury indictment.

The indictment alleges Stonehouse and his associates grew marijuana and transported it across state lines, which is illegal.

According to court documents, Stonehouse and partner Rudy Saenz “appeared to have had state-approved marijuana licensing and were knowledgeable of the process and laws associated with legal marijuana in Colorado.”

The indictment alleges the men operated illegal pot businesses under the guise of licensed and legal businesses, including not reporting or paying associated marijuana-specific sales and taxes.

During his argument for lowering the bond, Decker told the court that portions of Stonehouse’s business were completely legitimate.

“Some of the locations and some of the assets that have been seized are clearly related to legitimate business operations,” Decker said. “There was no evidence there was a transaction going on that day, that there was any risk to anybody at the house, this is just again [an] artificially militarized tactical field day. I’m all in favor of law enforcement, they have an important job to do, when we talk about community safety, throwing dozens of grenades into the house at the ranch, when they raided that is a perfect example.”

Guns, cash and drugs were seized during the raid.

Investigators said they also found two hash oil labs during their investigation into this organization.

Stonehouse’s assets have been seized as part of this investigation.

Decker was not appointed by the court. He declined to tell 9Wants to Know how he was being paid.

The 18th Judicial District Attorney’s office declined to comment on the case outside of what was said in court.

Stonehouse’s next court date is in April.