"you'd think at the zoo it would be a safe place to come, but at the same time, this is the city of New Orleans..." 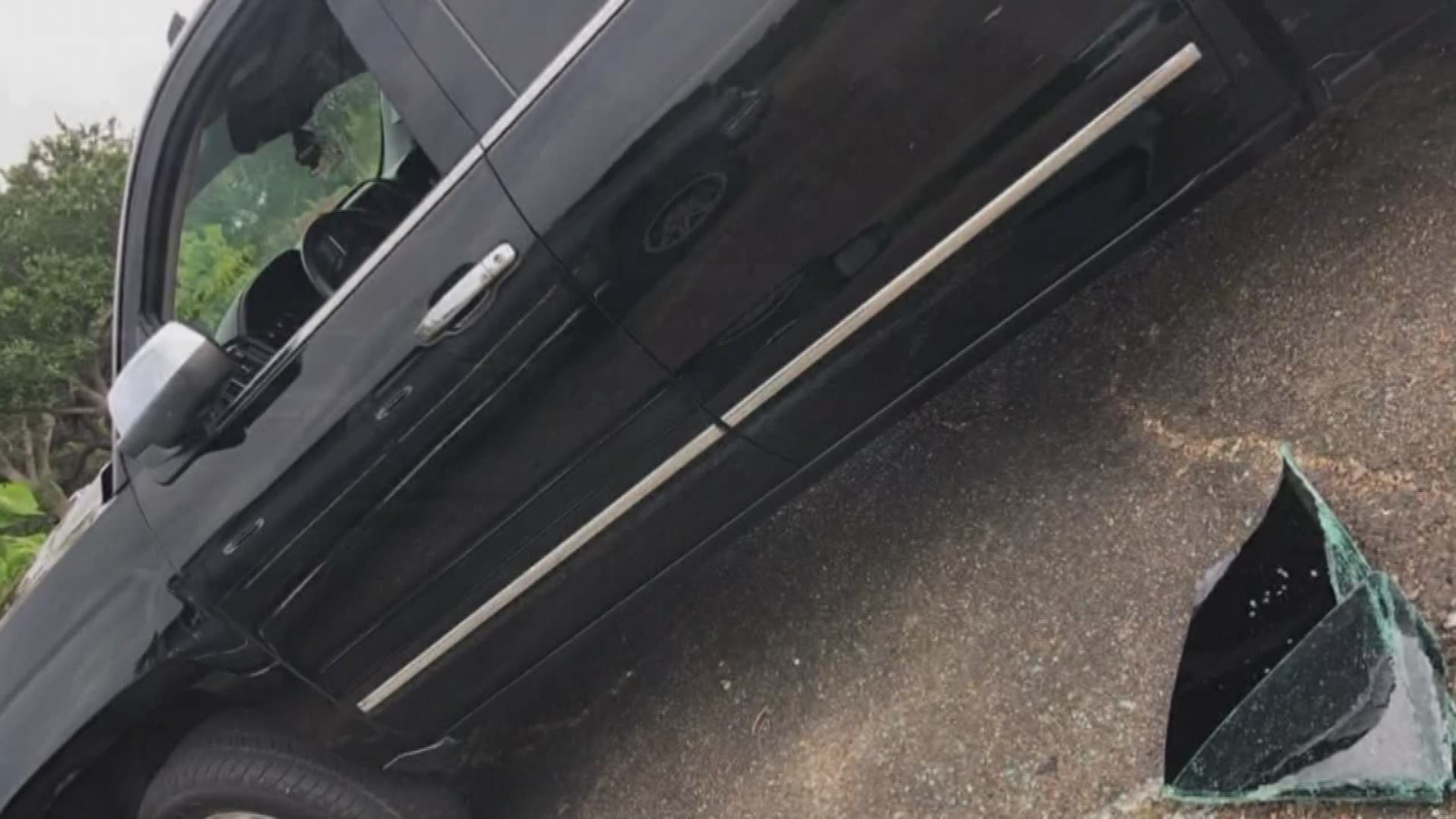 NEW ORLEANS — The Audubon Zoo parking lot has been the target of a group of criminals.

About two dozen cars parked there have been broken into or stolen in the past two weeks. There are security patrols in the lot, but one zoo official admitted that was not enough to deter what he called a highly orchestrated series of crime here.

A Loranger family posted pictures on Facebook, showing what happened to their black pickup truck at the Audubon Zoo.

Jordan Jarrell told us they were throwing a birthday party for his two young sons at the zoo on Sunday.

When they returned to their truck around 3:30 p.m., they noticed their vehicle and others nearby were broken in to.

Jarrell said there was a man rummaging through his truck, a window was broken and his wife’s purse was stolen. He tried to chase the vandals down.

“I grabbed the passenger door and tried to open the door and jump in the truck with them,” Jarrell said. “They had the door locked and they sped off as soon as I yanked on the door handle.”

RELATED: 13-year-old on ankle monitor, armed with gun arrested for rash of car thefts, burglaries with other young teens

According to New Orleans Police, there have been 22 vehicle break-ins and two vehicles stolen in and around the Audubon Zoo parking lot over the past two weekends.

Zoo Director Steve Marshall admits they were not prepared for this level of crime.

“These incidents were highly orchestrated,” Marshall said. “It seems like there was some planning that went behind this and they just overwhelmed our existing security at the time.”

Zoo patrons are urging management to beef up security.

“I'm kind of shocked, because you'd think at the zoo it would be a safe place to come, but at the same time, this is the city of New Orleans and break-ins do happen,” Cynthia Schaefer said.

Marshall would not reveal what steps the zoo is taking to improve safety in the parking lot.

“We are going to do more,” he said. “This is not the normal situation that anyone would normally defend against.”

Jordan Jarrell and his family left the zoo disgusted, vowing not to return anytime soon.

“Times have definitely changed,” he said.

The Zoo is now working with the NOPD to solve these crimes.

In the meantime, police have increased their patrols around the zoo, it’s parking lot and the surrounding area.