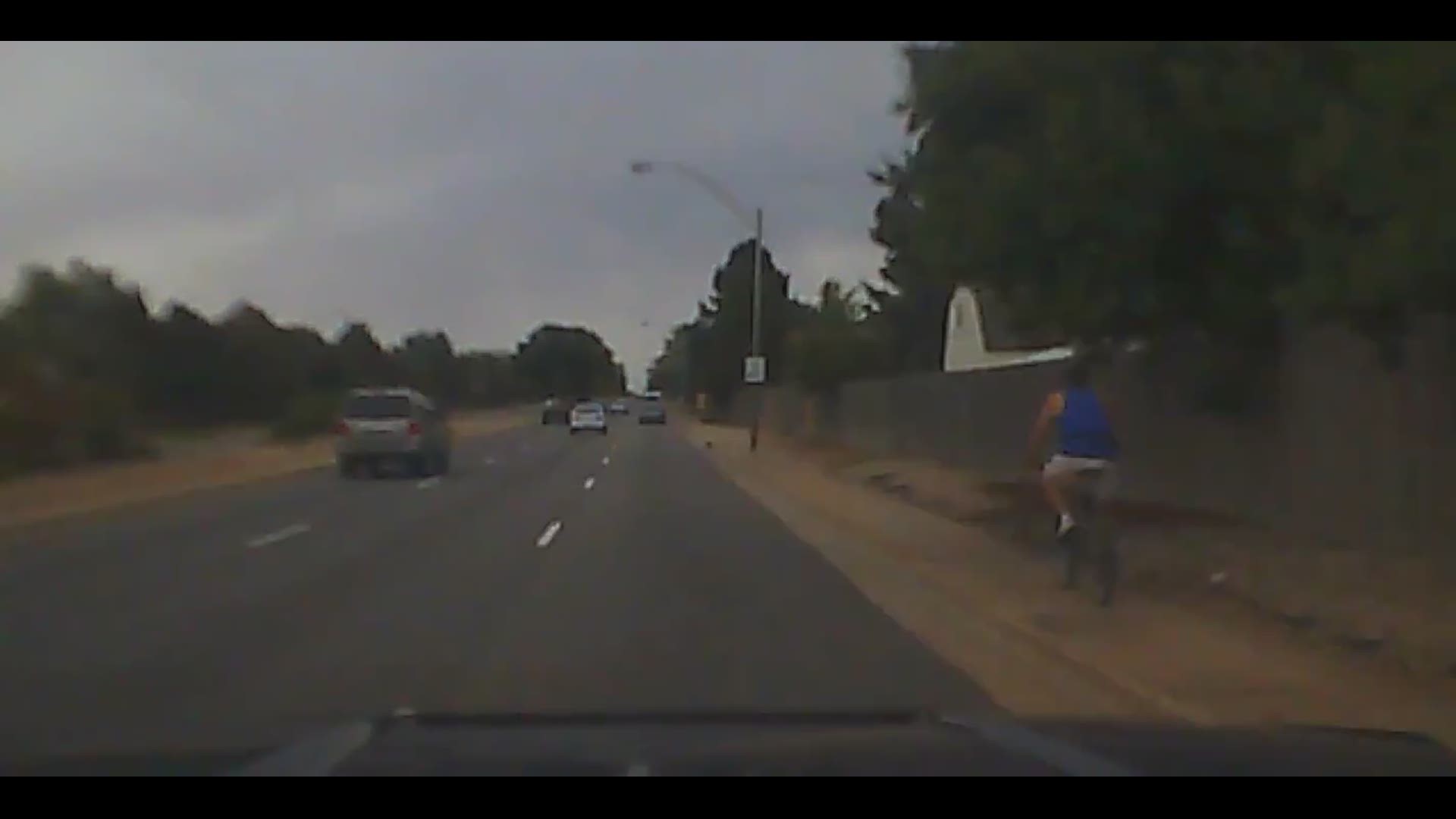 AURORA, Colo. — APD  has released of a photo of a silver sedan that they said rear-ended a Ford Explorer Thursday afternoon, causing it to crash through a fence and hit a 5-year-old boy playing in his backyard.

The crash happened just before 4 p.m. in the 14500 block of East Radcliff Drive, not far from the intersection of East Quincy Avenue and East Smoky Hill Road.

According to a Facebook post from APD, just before the crash, the Explorer was in the eastbound lane of East Quincy Avenue. The silver sedan took off, police said.

>>> Watch the video above for dashcam footage of the incident.

The 5-year-old boy was taken to the hospital with serious injuries but is expected to survive.

The driver of the Explorer was also taken to the hospital with minor injuries.

Police released the below photo of the actual suspect vehicle on Thursday:

Credit: Courtesy Aurora Police
A vehicle suspected of causing a crash that left a 5-year-old playing in their backyard injured.

Anyone who may have witnessed the crash or who has information that could be helpful for investigators is asked to call the Traffic Operations Unit at 303-739-6317.

Anonymous tips can be submitted to Metro Denver Crime Stoppers at 720-913-STOP. Information that leads to an arrest could be eligible for an award of up to $2,000.