Teen accused in ‘highway takeover’ of I-225 in Aurora, other suspect killed in unrelated crash

Numerous vehicles were stranded on I-225 while other cars did burnouts in the middle of the highway the night of March 7. 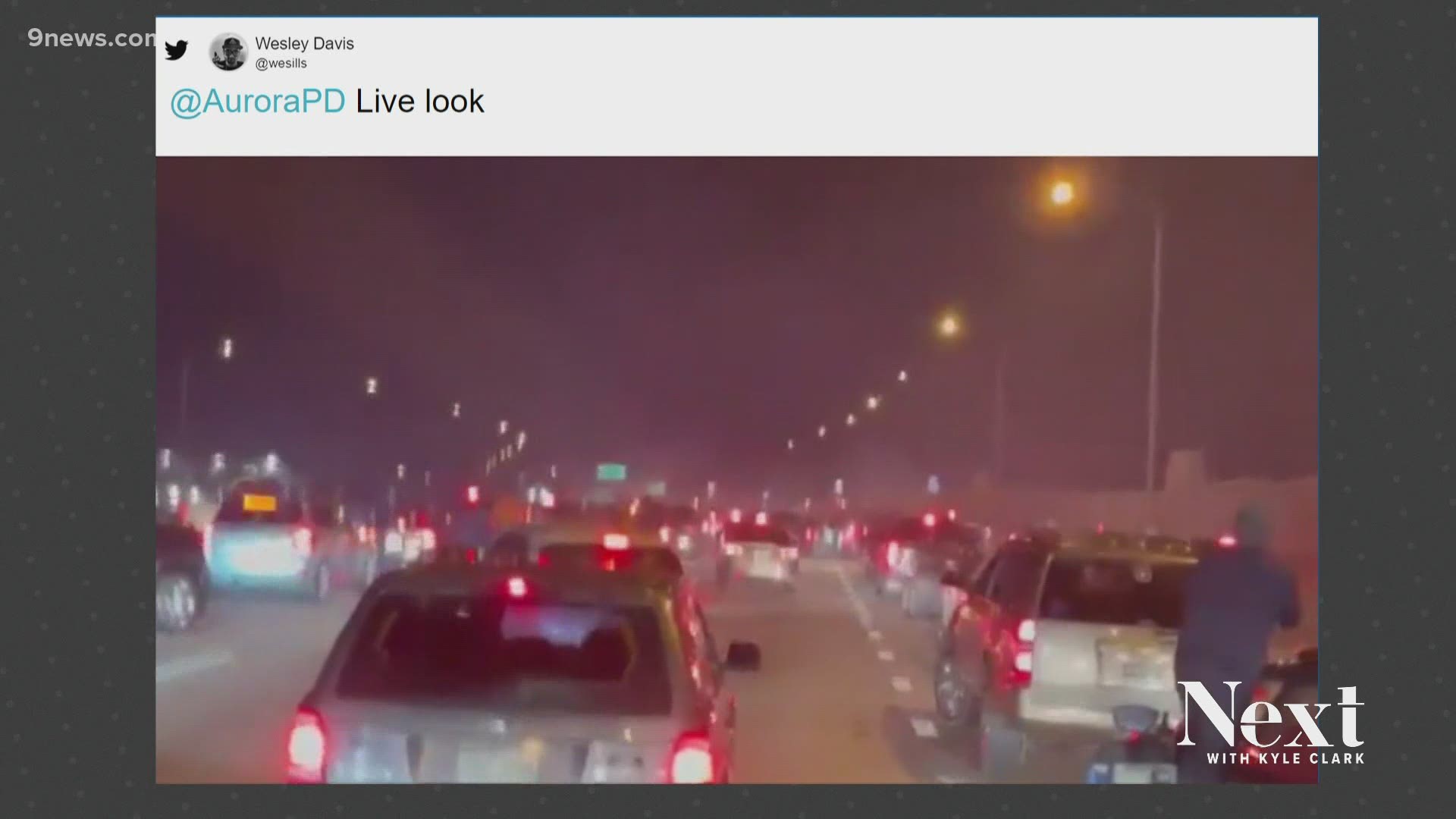 AURORA, Colo. — Investigators have identified two people they said were responsible for organizing a “highway takeover” of southbound Interstate 225 in Aurora last month that left hundreds of cars stuck in the middle of the road.

One of those suspects is a teenager who has been issued a summons for reckless driving, driving a vehicle with a canceled license and engaging in a speed exhibition. Because he is of driving age but under 18, Aurora Police are not identifying him by name.

The other suspect, identified as 21-year-old Anthony Corona, was on foot in the area of the I-25 frontage road between Highway 7 and County Road 6 on April 4 when he was struck and killed by a vehicle, according to the Broomfield Police Department.

> The video above is from a previous 9NEWS report about efforts the Aurora City Council is taking to find illegal street racers.

Corona died before Aurora Police Traffic Unit investigators could formally file charges against him in the I-225 incident. He had been accused of:

Aurora Police had initially said between "600 and 800 vehicles" were intentionally blocking traffic on southbound I-225 near East Colfax Avenue the night of March 7.

In a news release distributed on Wednesday, Aurora Police said further investigation has shown it's unclear how many people were involved in the highway takeover versus were just stuck in the traffic is caused.

When officers arrived, police said some vehicles were doing burnouts on the interstate, and that fireworks had apparently been ignited into the air. Police also said witnesses had claimed some vehicle occupants were holding guns out of their windows.

Aurora Police said Wednesday that these will likely be the only charges in this incident.