Traffic detectives are investigating to identify any participants in more than 600-800 cars intentionally shutting down the highway near East Colfax to street race. 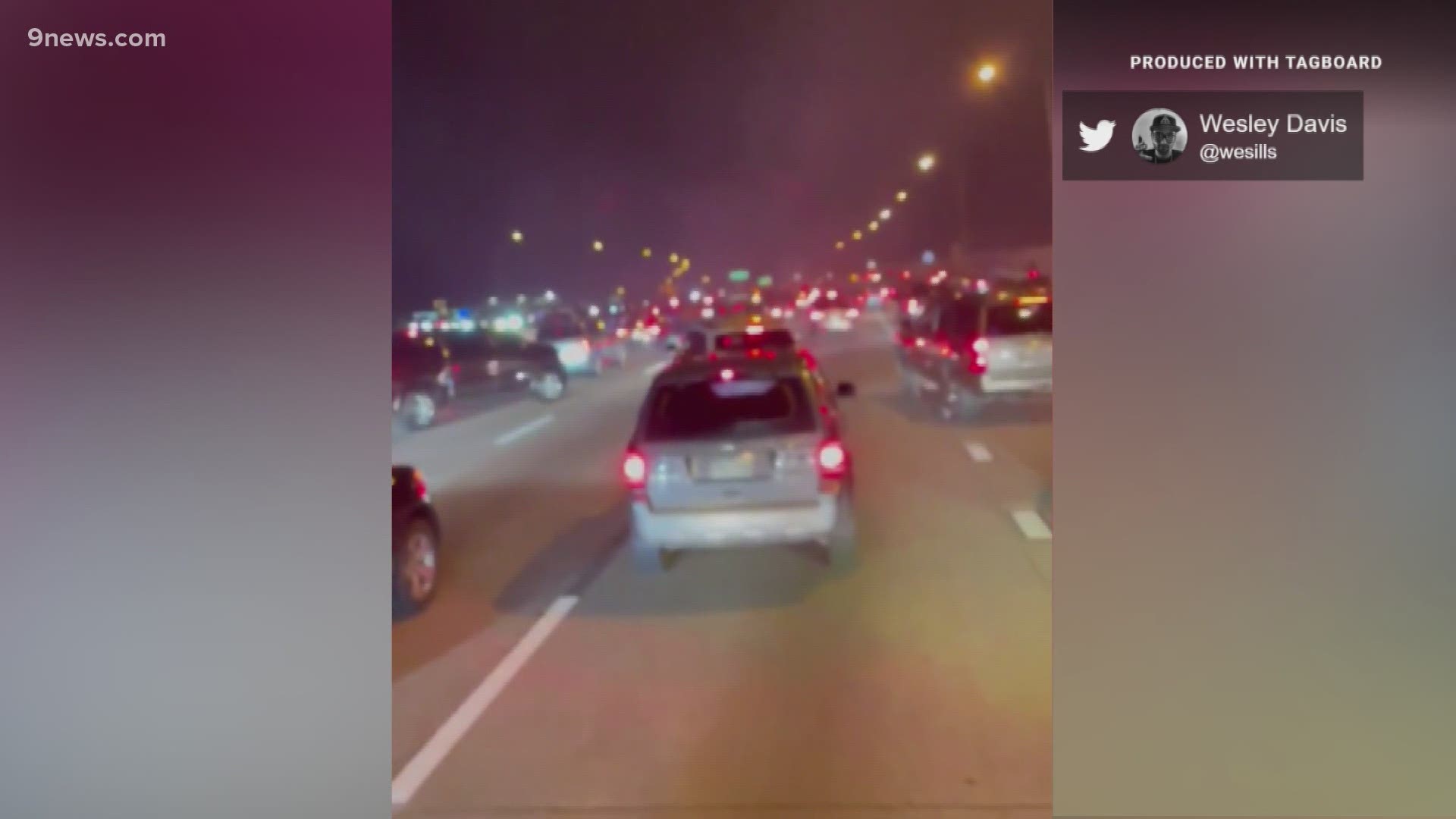 AURORA, Colo. — If you were stuck in the Aurora area near Interstate 225 and East Colfax on Sunday and took any pictures or video of the highway being shut down by what Aurora Police (APD) described as illegal street racers – the department wants your help.

APD traffic detectives need the public's help in identifying any participants that were part of the event that shut down traffic in the area for hours.

Detectives are asking anyone in the community who has pictures or videos of any cars or people from that night to share them.

Those with tips can email APDCrimeTips@auroragov.org or anonymously share tips through Metro Denver Crimestoppers.

If you were traveling the night of 3/7, in the area of I-225 & E. Colfax Ave & witnessed this illegal gathering, our detectives want to hear from you. We are hopeful that our community has pics or videos of any vehicles or people involved they would be willing to share with us.

"We are frustrated & angered, as is our community, by the blatant disregard to the safety of other motorists. We must work in collaboration with one another to prevent future incidents like this. With your help, we will hold those involved responsible for their dangerous actions," said APD in a Tuesday tweet.

There are 2 ways that you can submit your tips: email us at APDCrimeTips@auroragov.org or visit the @CrimeStoppersCO website. Using Crime Stoppers you can remain anonymous & you could be eligible for a REWARD of up to $2,000.

Working together we can make Aurora safer everyday. pic.twitter.com/44i8rUvMYj

On Sunday, APD said 600-800 cars were intentionally blocking officers from accessing southbound I-225 where there were reports of people racing and waving weapons.

APD said it's likely the group will continue street racing in other areas.

"Racing has been a growing problem throughout the metro area. It takes a lot of social media chatter to pull off an event like this so I absolutely don't understand how our police department didn't know that this was going to happen. What I need to know now is what they are going to do to make sure that it doesn't happen again. I expect more from our department and the residents of the City of Aurora expect more from our department."

On Tuesday morning, Aurora Police Chief Vanessa Wilson tweeted her own statement on the incident:

"The community can be reassured my officers dealt w/an extraordinarily challenging situation Sunday with professionalism. I want to thank Mayor Pro Tem Bergan for researching an ordinance to combat street racing to help us."

Anyone with information about any crime can call Crime Stoppers at 720-913-7867 or visit metrodenvercrimestoppers.com. Tipsters can remain anonymous and may be eligible for a reward of up to $2,000.