Police said the suspect, Julio Gonzalez, was in custody on unrelated charges when police tied him to the alleged assault. 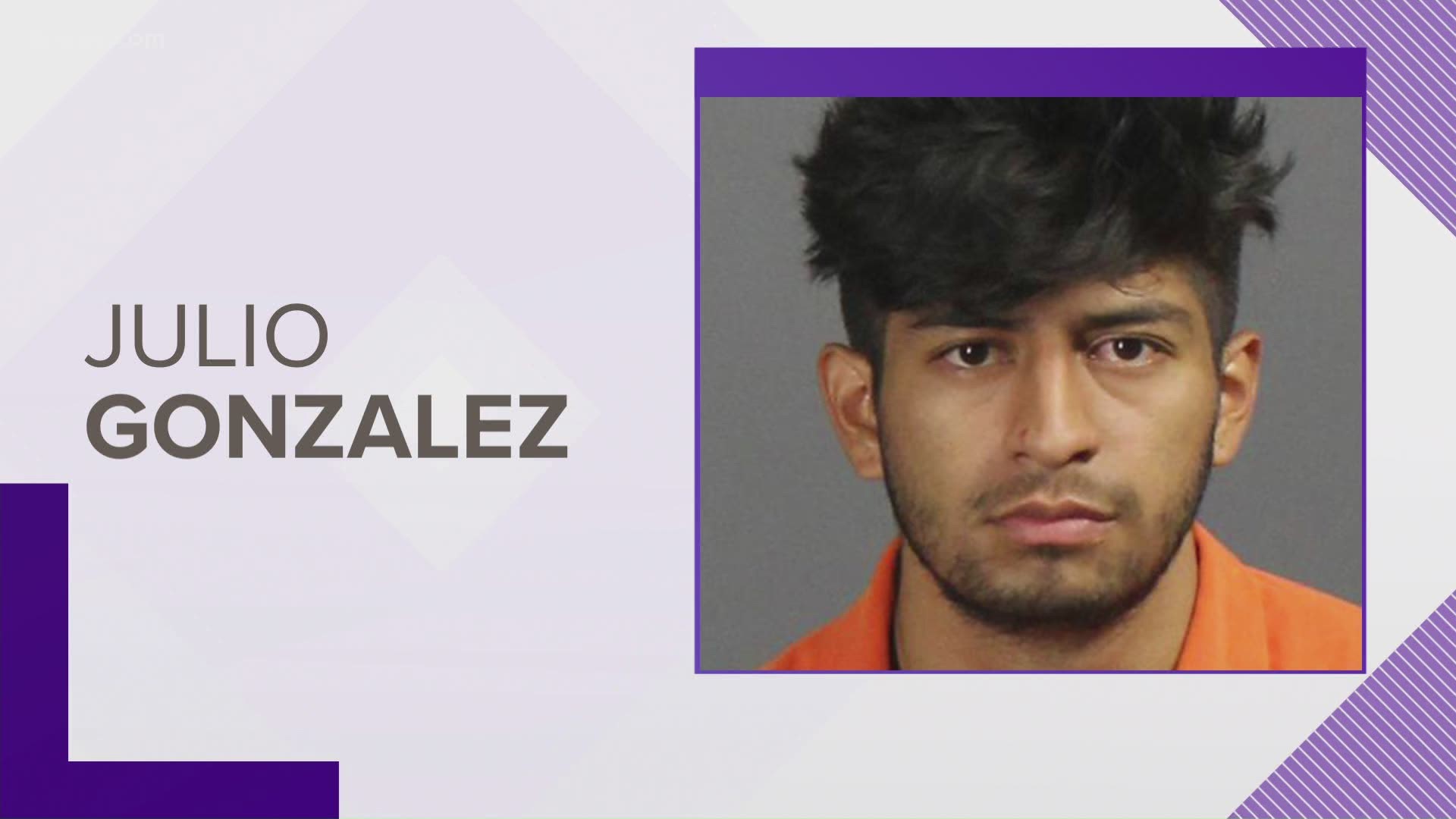 AURORA, Colo. — Aurora Police said a 23-year-old man has been arrested in connection with an assault that happened on the High Line Canal Trail Saturday morning.

Julio Cesar Gonzalez is being held at the Arapahoe County Detention Center.

Information from the jail said Gonzalez was in custody on a felony from justice charge.

Aurora Police said they filed an arrest warrant on Gonzalez for first-degree assault in relation to the High Line Trail attack that happened July 11.

In that attack, police said a woman was jogging on the trail near East 1st Avenue and Moline Street at around 6 a.m. when the suspect hit the victim several times with a board.

Police said the woman suffered serious injuries from the attack. Her current condition is not known.

On Sunday, Aurora Police released a sketch of the suspect from the Saturday attack.

Another woman was attacked along the trail on July 8, according to police.

In that attack, a woman who was riding her bike with her children near East 2nd Avenue reported to police that she was hit with a 2x4 board and knocked from her bike. She and her children were able to escape the attacker and call police.

Police said the woman in the July 8 attack suffered minor injuries and was treated at a hospital.

Police are still looking to identify the suspect in the July 8 attack. The suspect is described as a Black male who is approximately 6 feet tall with curly hair. He was wearing a red shirt and black shorts at the time of the attack, police said.

Anyone with information on the July 8 suspect is asked to call Aurora Police or submit tips through Crime Stoppers at 720-913-7867.

RELATED: 1 dead, 1 injured in shooting at house party in Denver