Prosecutors only one case brought against Andrew Sandoval because they could not identify other victims seen in the videos. 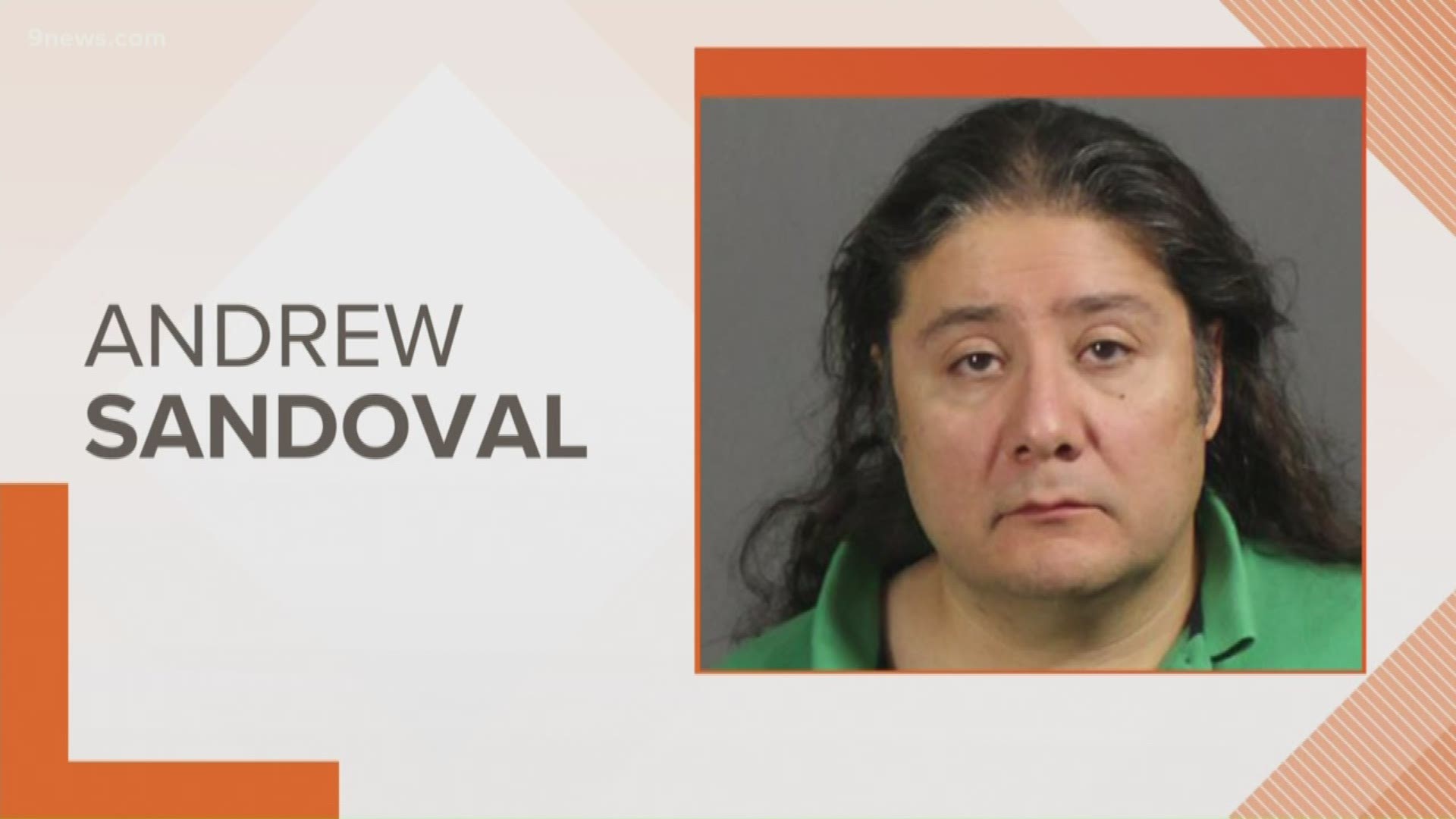 AURORA, Colo. — An Aurora man who videotaped himself sexually assaulting teenage boys was sentenced this week to 22 years to life in prison, according to the 18th Judicial District Attorney's Office.

Andrew Brian Sandoval, 51, was sentenced Monday after he pleaded guilty on Feb. 22 to one count of sexual assault on a child – pattern of abuse, a Class 3 felony. Other charges were dismissed as part of the plea agreement.

>The video above aired in January 2020 when Sandoval was arrested

“Those who prey on our children tear the fabric of our society, which is trained to protect our most vulnerable members at all costs,” said District Attorney John Kellner.

“This defendant was found to have dozens of videos of himself with teenage boys in his home. Problems with identification and cooperation meant we could only bring a case with one victim, but that is one too many. The life of the young victim is forever altered, as is that of his family. This defendant deserves a harsh sentence for his crimes.”

The crimes came to light when the mother of the 13-year-old victim found disturbing text messages on his phone and contacted Aurora police. Detectives from the Internet Crimes Against Children (ICAC) Unit of the Aurora Police Department began an investigation in November 2019 and Sandoval was arrested in January 2020.

“This defendant did this on a regular basis – he meets boys online, picks them up, brings them to his house and then films them engaged in sex acts with him,” Senior Deputy District Attorney Jake Adkins said during sentencing. “This was his choice and his actions, and he did this over and over.”

The mother of the victim also spoke during sentencing.

“A grown man enticed and lured a child for his sexual gratification – he is a sick and disgusting predator,” the mother told the judge. “Such disgusting acts of a predator can never be forgiven. We will be living with this forever.”

Judge Shay Whitaker acknowledged that Sandoval had no prior criminal history.

“But the facts are pretty horrific in this case,” she said. “It was a prolonged process committed numerous times, over time … There were calculated actions and activities. It was thought out and planned.”

An indeterminate sentence means that Sandoval will serve at least 22 years in the Department of Corrections. After that, he will be released only if he is deemed to have successfully completed treatment and is no longer a danger. If and when he is released, he must register as a sex offender for life and remain on parole for 20 years to life.

Anyone who believes they, or someone they know, may have been victimized should contact the Internet Crimes Against Children (ICAC)  Tip Line at 303-739-6164.