John Moreland was initially stopped by a DPD officer Monday afternoon for failing to drive in a single lane, DPD said. 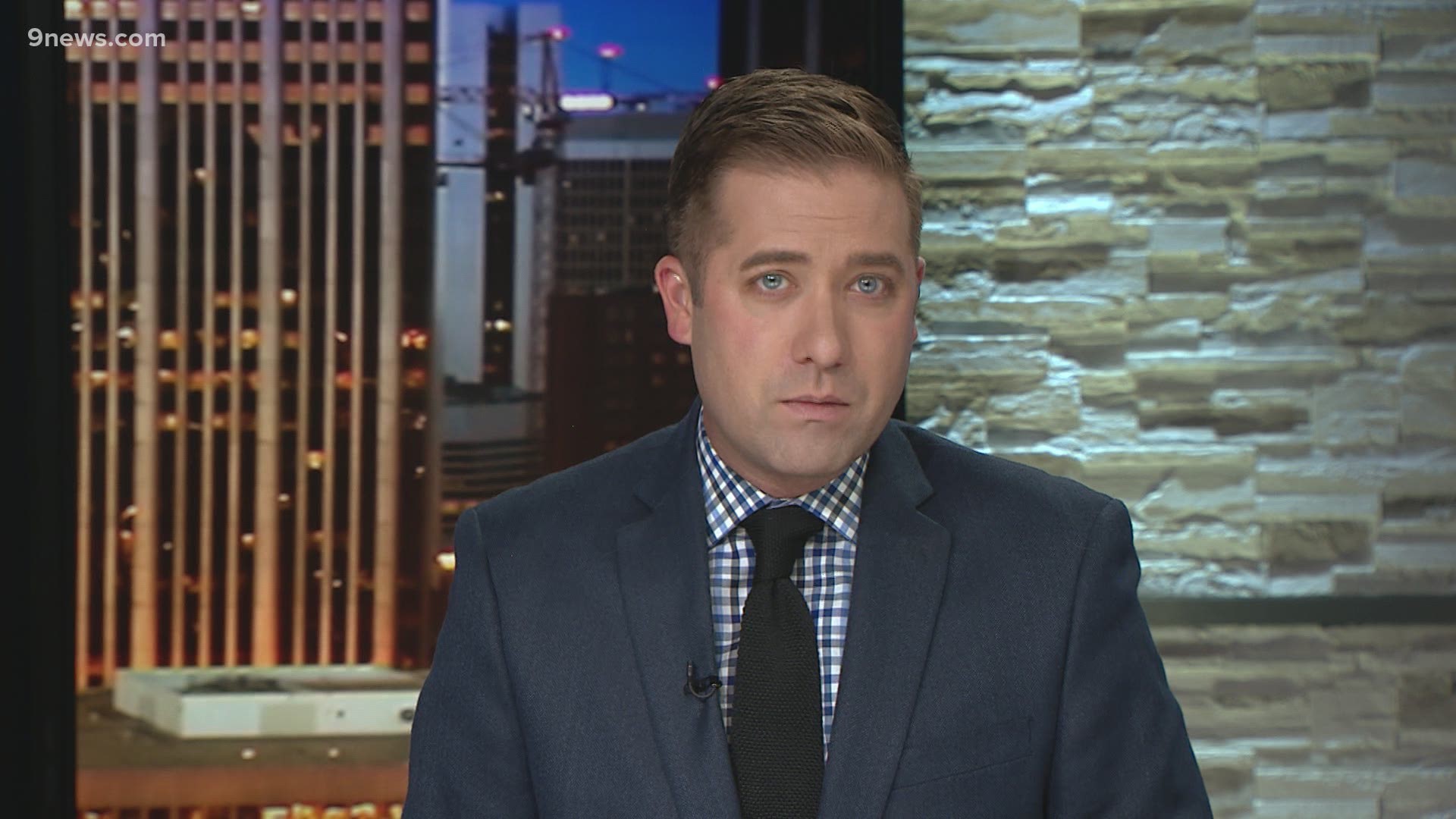 AURORA, Colo. — An Aurora Police (APD) officer was arrested for suspected drunk driving after a traffic stop in Denver Monday afternoon, according to a probable cause (PC) statement for his arrest from the Denver Police Department (DPD).

John Moreland, 41, was contacted by a DPD officer just after 3 p.m. on July 5 at 4270 Tower Rd. for failing to drive in a single lane, the PC statement says.

>The video above is about efforts to increase trust and accountability within APD.

According to the PC statement, the DPD officer noticed several indicators of impairment including slurred speech, a strong odor of alcohol and bloodshot eyes.

Moreland initially fled from the scene on foot, but returned a few minutes later, according to the PC statement. Due to the fact that he left the scene, the document says Moreland was not offered voluntary field sobriety tests and was immediately taken into custody.

He declined a chemical test, the PC statement says. 9NEWS asked for a picture of Moreland, but APD said they do not provide departmental pictures.

Moreland was also arrested for an alcohol-related incident in 2016 by Arapahoe County deputies. On Oct. 1, 2016 someone called 911 to report a possible auto theft in progress, however, before deputies arrived the person who had called determined that the person attempting to enter his truck was Moreland whom he recognized as his neighbor.

When deputies arrived they encountered Moreland on the sidewalk leaning over, and he appeared "unsteady", an arrest affidavit supporting his arrest says. A woman was with him. She reported that she was walking Moreland home after an evening of drinking at her home, the document says. She reported to deputies that Moreland got in the truck thinking that it was his.

Moreland told deputies he was an officer, so deputies asked if he had a gun, the document says, and he said no, however, during a pat down, deputies did find a gun in his pocket. While at the scene, deputies said, Moreland repeatedly pointed to a home on Malta Way insisting that it was his, even though it was not his house.

He was taken into custody for the prohibited use of a weapon. He later pleaded guilty to that charge, which is a class 2 misdemeanor on Feb. 6, 2017, and received a 2-month deferred judgment. Upon completion of that probation, the guilty plea was withdrawn and the count was dismissed.

The owners of the truck Moreland had entered did not want to press charges, according to the affidavit.

News of that incident wasn't reported until months later and prosecutors concluded at that time they couldn't charge the officer, in part because of the way fellow APD officers handled the case.

That incident happened before current Chief Vanessa Wilson began her tenure. Since taking over, she's promised more oversight and accountability within the department.