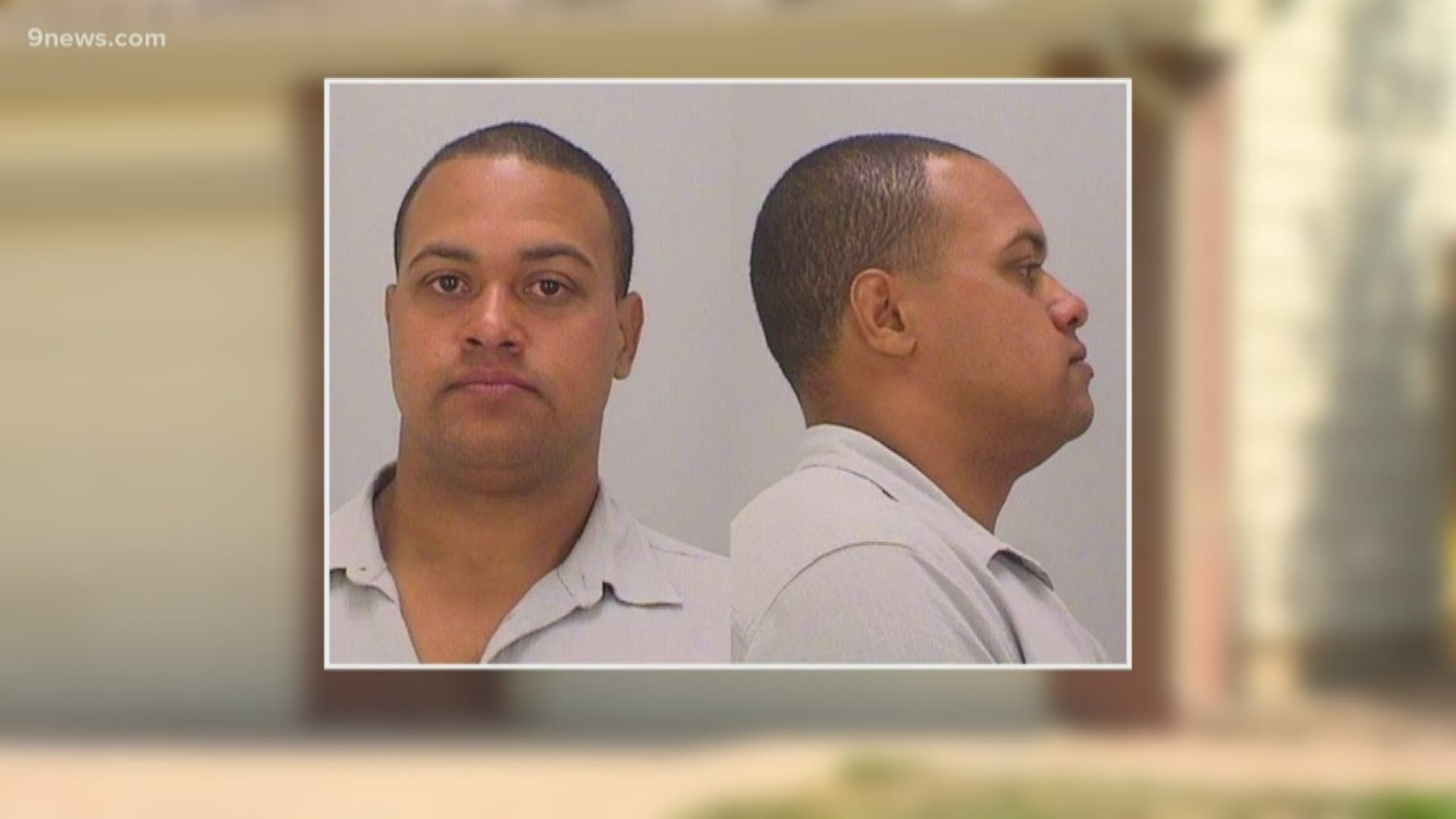 CASTLE ROCK, Colo. — An Aurora police officer has been placed on restrictive duty following a DUI arrest and other charges related to a hit-and-run crash near Interstate 25 and Plum Creek Parkway, according to a statement from Aurora Police.

Joshua Teeples, 31, faces the following charges in connection with the Aug. 27 crash:

Officers from CRPD were called to the area of Plum Creek Parkway and Interstate 25 around 4:30 p.m. for a report of a hit-and-run crash, according to an arrest affidavit from the Castle Rock Police Department (CRPD).

While headed to the area, the officers were told that the suspect's vehicle was a silver SUV and that it was headed west on Plum Creek Parkway. The witness also reported that the victim's vehicle had significant damage and was sitting in the middle of the intersection, according to the affidavit.

Witnesses also provided the license plate to police. Using that information, officers learned the vehicle was a silver Nissan Armada registered to an address in Castle Rock. Two officers responded there while other officers continued to the crash scene.

Officers who went to the Castle Rock home made contact with Teeples and located the Armada in the garage, the affidavit says.

Both officers noted an odor of alcohol coming from Teeples and requested a traffic unit respond to continue the investigation, according to the affidavit.

The traffic officer arrived and told Teeples that his vehicle had been seen in a motor vehicle accident, the affidavit says.

That officer noted that Teeples "appeared to have very bloodshot eyes and his balance appeared to be a bit unsteady," according to the affidavit.

According to the officer, Teeples stated, "he had not been involved in a crash" and said he wasn't going to say anything until he spoke to his attorney, the affidavit says.

Teeples refused roadside sobriety and blood tests and was placed under arrest for DUI, according to the affidavit.

While on the way to jail, Teeples asked numerous times to call his watch commander, the affidavit states.

The officer told Teeples, he would not make an exception based on the fact that he was an officer, the affidavit states.

“Joshua Teeples has been employed as an officer with the Aurora Police Department for two years. Upon notice of his arrest, he was placed on Restricted Duty, and is serving in a non-enforcement capacity at this time. “