The 2016 Ford C-Max had two police jackets and a ballistic vest inside, but no weapons, according to APD. 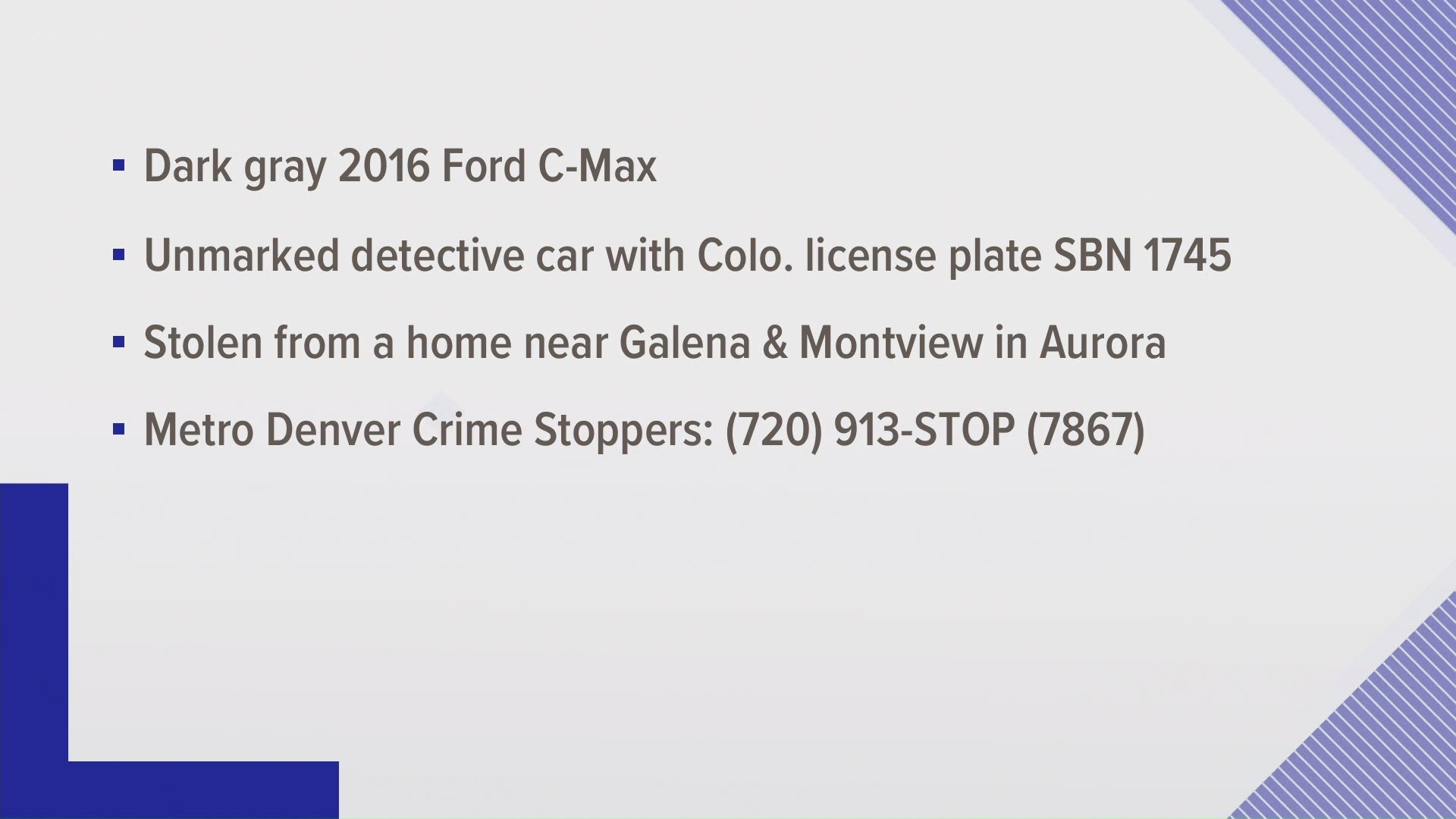 According to the Aurora Police Department (APD), the dark gray 2016 Ford C-Max was stolen from outside a detective's home in the 2000 block of North Galena Street late Saturday night or early Sunday morning.

The keys to the vehicle were inside another vehicle in the driveway, which was broken into, police said.

Police said the unmarked vehicle has police lights inside, but not on the roof.

It bears Colorado license plate SBN1745. It had two police jackets and a ballistic vest inside, but no weapons, according to APD.

Anyone who sees the vehicle is asked to contact Metro Denver Crime Stoppers at 720-913-7867 or metrodenvercrimestoppers.com.

>> Photo of a similar Ford C-Max is below

RELATED: Here are the 10 most stolen vehicles in Denver. Is your car on the list?