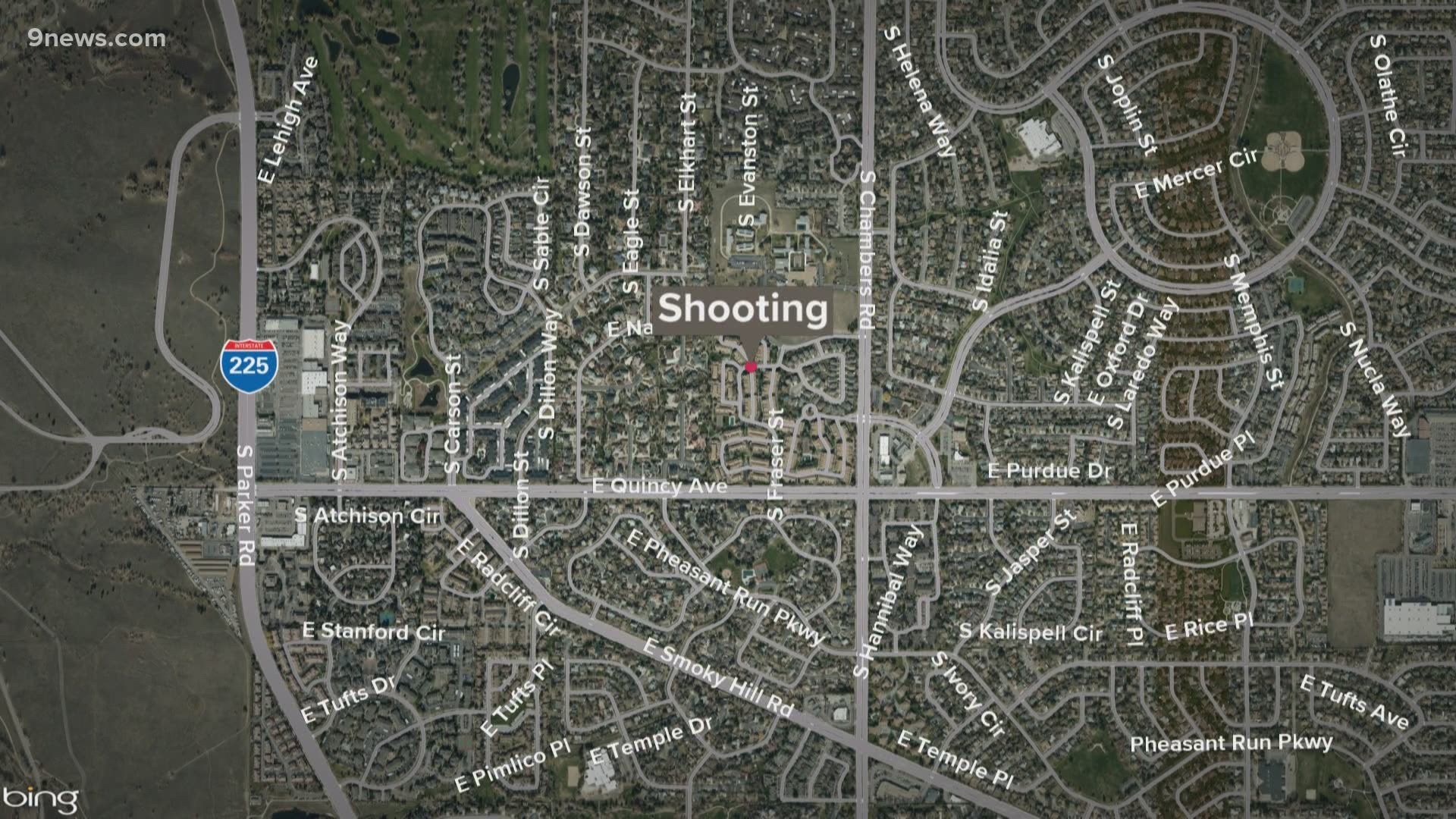 AURORA, Colo. — A man was killed and a juvenile was injured in a shooting late Friday in the Meadow Hills neighborhood, just east of Cherry Creek Reservoir, the Aurora Police Department (APD) said early Saturday.

Officers responded to a report at 10:20 p.m. Friday of shots fired in the area of South Fraser Street and South Fraser Court, according to police. That's north of East Quincy Avenue and west of South Chambers Road.

The responding officers found evidence of a shooting but no victims at the scene, APD said in a news release.

A short time later, two male victims arrived at a local hospital by private vehicle, APD said. One man died of his injuries, and a 17-year-old male was shot in the leg and released, police said.

Police were looking into what lead up to the shooting, and the investigation was active and ongoing, APD said.

Anyone with information can contact Metro Denver Crime Stoppers at 720-913-7867 or metrodenvercrimestoppers.com. Tipsters can remain anonymous and may be eligible for a reward of up to $2,000.