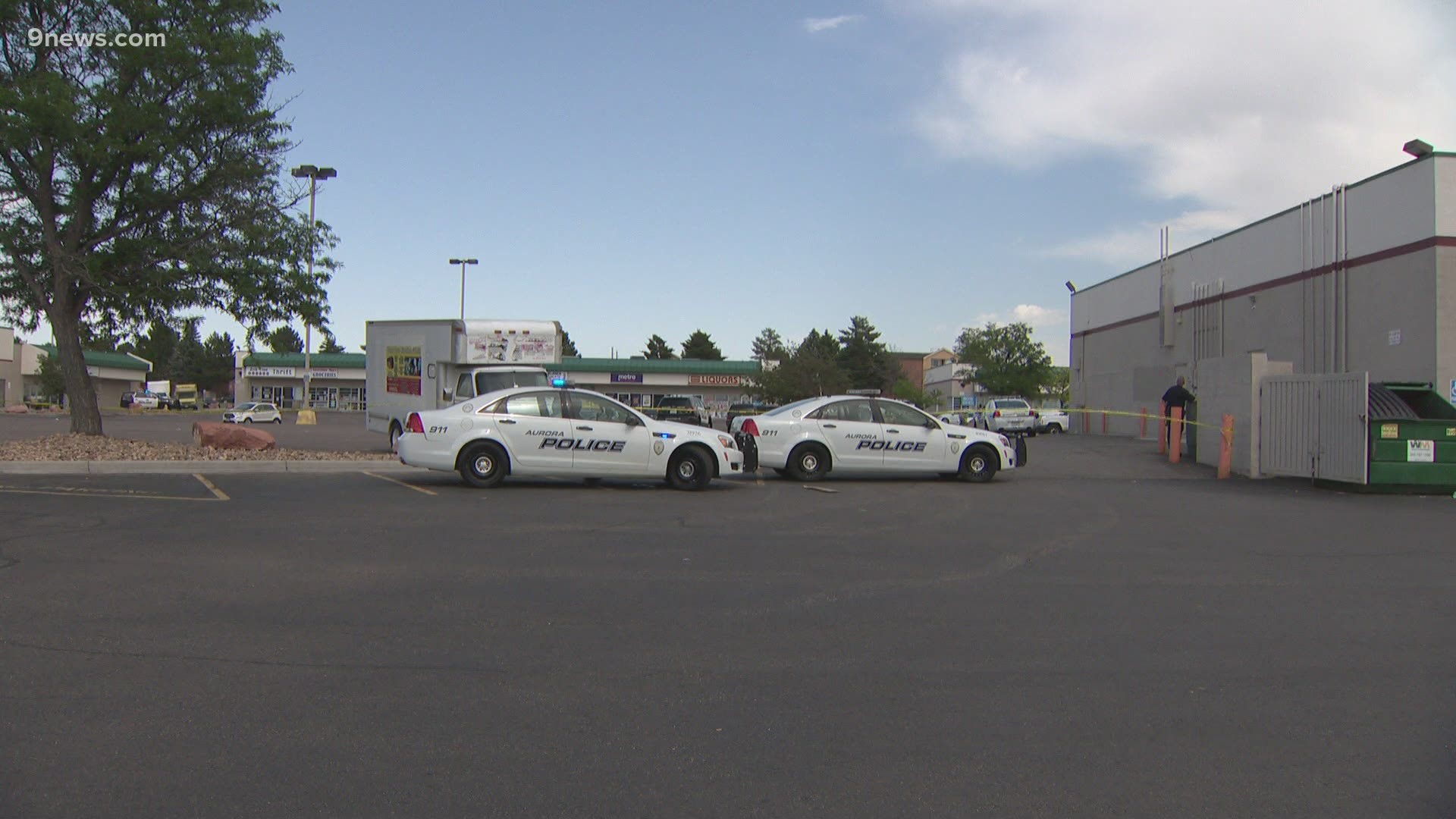 On early Saturday morning, officers investigated a shooting in the 14300 block of East Tennessee Avenue. APD said witnesses reported several shots were fired from at least two shooters. A mother and a four-year-old child were injured as a result of gunfire while inside their residence.

On Sunday, APD said the dispatch center received at least 50 calls for service just before 4:30 a.m. about shots being fired or an active shooter in a shopping mall parking lot located at 12455 East Mississippi Avenue. Police said one man died and four other adult victims were injured. Their injuries were not life-threatening, according to APD.

RELATED: No suspects in custody after 5 shot in Aurora, police say

APD said there was a Juneteenth celebration in an unnamed unit of the shopping mall. At some point in the evening, organizers of the celebration began denying access to the unit according to APD.

Investigators processed the scene most of Sunday and collected more than 100 shell casings. Crime scene tape was up for most of Sunday, closing some businesses for the day. Police said there were multiple shooters involved in this incident. As of Sunday evening, no descriptions of suspects had been released.

Officers then responded to a home on South Granby Street a few hours after responding to the incident at the shopping mall. APD said one woman was found dead in the home with an apparent gun shot wound.

APD reported Ryan Scott Avery as a person of interest in this homicide. Investigators believe Avery was in Limon Saturday evening. He is also wanted for an attempted homicide in Elizabeth.

RELATED: Police searching for 'armed and dangerous' person of interest in Aurora shooting

The recent violence prompted Aurora's Mayor Mike Coffman to post a tweet on Sunday. He wrote he had requested APD Chief Vanessa Wilson to come before the city council to give a briefing about the level of gun violence in the community and what actions the department is taking to bring it down.