According to Castle Rock Police, Joshua Teeples was drunk when he crashed into another vehicle last August. 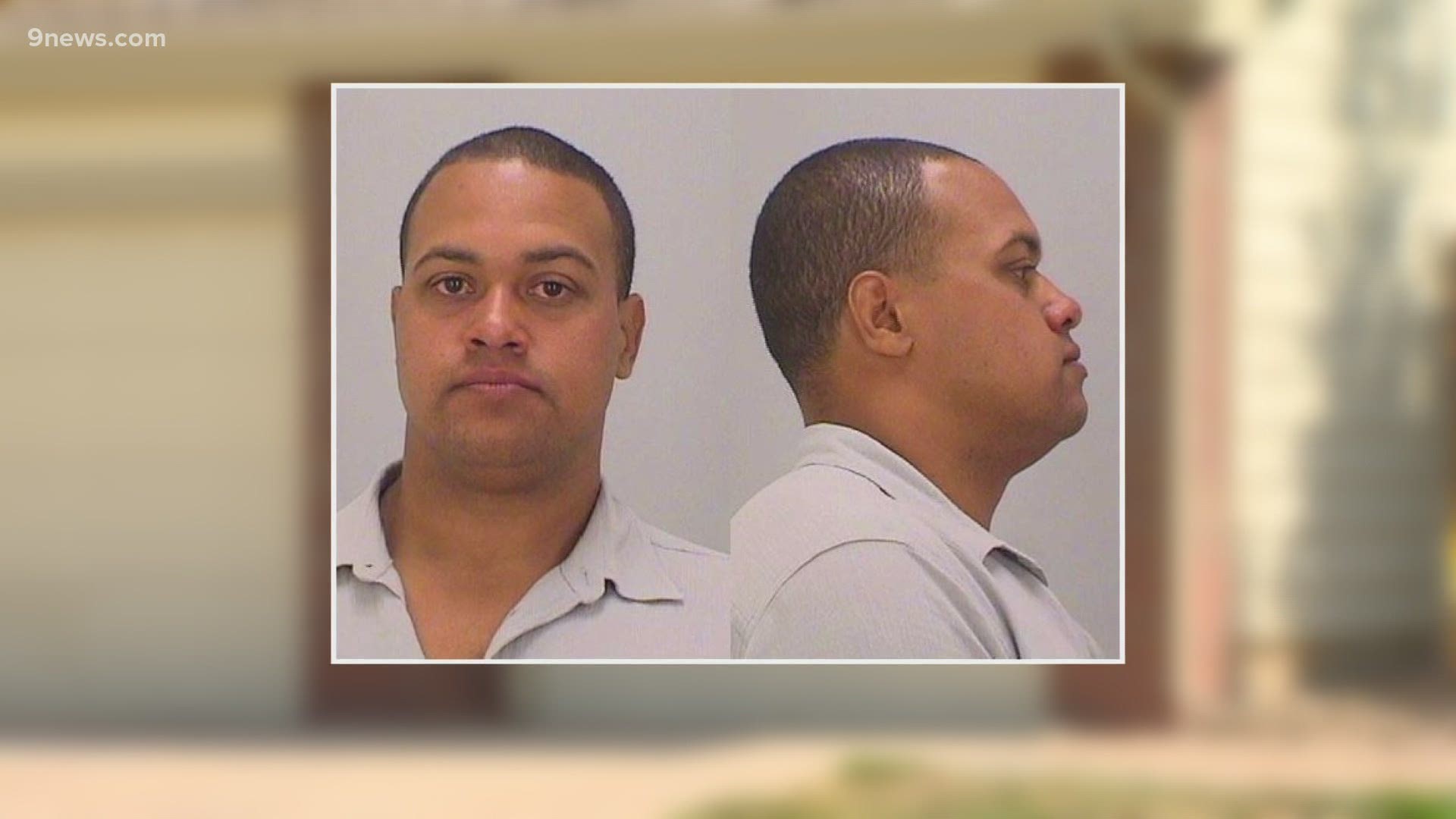 AURORA, Colo. — An Aurora police officer has been fired after he pleaded guilty to charges related to a DUI hit-and-run crash he was involved in while he was off-duty last year.

Aurora Police Department's (APD) Interim Police Chief Vanessa Wilson announced Monday that she had made the decision to fire Joshua Teeples for the August 2019 incident.

Officers from the Castle Rock Police Department (CRPD) were called to the area of Plum Creek Parkway and Interstate 25 around 4:30 p.m. on Aug. 27 for a report of a hit-and-run crash, according to an arrest affidavit from CRPD.

Using information from witnesses on the scene, officers were able to determine the suspect vehicle was a silver Nissan Armada registered to an address in Castle Rock.

Police responded to that home, made contact with Teeples and located the Armada in the garage, the affidavit says.

Both officers noted an odor of alcohol coming from Teeples and requested a traffic unit respond to continue the investigation, according to the affidavit.

The traffic officer arrived and told Teeples that his vehicle had been seen in a motor vehicle accident, the affidavit says.

That officer noted that Teeples "appeared to have very bloodshot eyes and his balance appeared to be a bit unsteady," according to the affidavit.

According to the officer, Teeples stated, "he had not been involved in a crash" and said he wasn't going to say anything until he spoke to his attorney, the affidavit says.

Teeples refused roadside sobriety and blood tests and was placed under arrest for DUI, according to the affidavit.

While on the way to jail, Teeples asked numerous times to call his watch commander, the affidavit states.

The officer told Teeples, he would not make an exception based on the fact that he was an officer, the affidavit states.

Aurora Police said Teeples was initially placed on restricted duty following his arrest. After an internal affairs investigation, it was recommended that Teeples be fired.

"After taking over as the Interim Police Chief, it has been my duty to rebuild the trust within our community and hold my officers accountable for their actions," Wilson said in Monday's release. "The actions and decisions made by my officers, whether on-duty or off, always need to reflect the professionalism that APD, city officials and the Aurora residents expect of them."

Teeples had been with the Aurora Police Department since June 2017.

On June 8, he was sentenced to 18 months probation after pleading guilty in February to DUI, failure to report an accident and careless driving.

“Any time my office is presented with a prosecutable case against a law enforcement officer, we will not — we have not -- hesitated to charge the offense and pursue justice,” said District Attorney George Brauchler. “Here, the Castle Rock Police Department gave this officer no special treatment, and neither did we. Anyone who vows to uphold the law must be held to that same law. No person is above the law.”