Aurelio Jeronimo-Morales, 28, was arrested for DUI and hit-and-run, according to police. 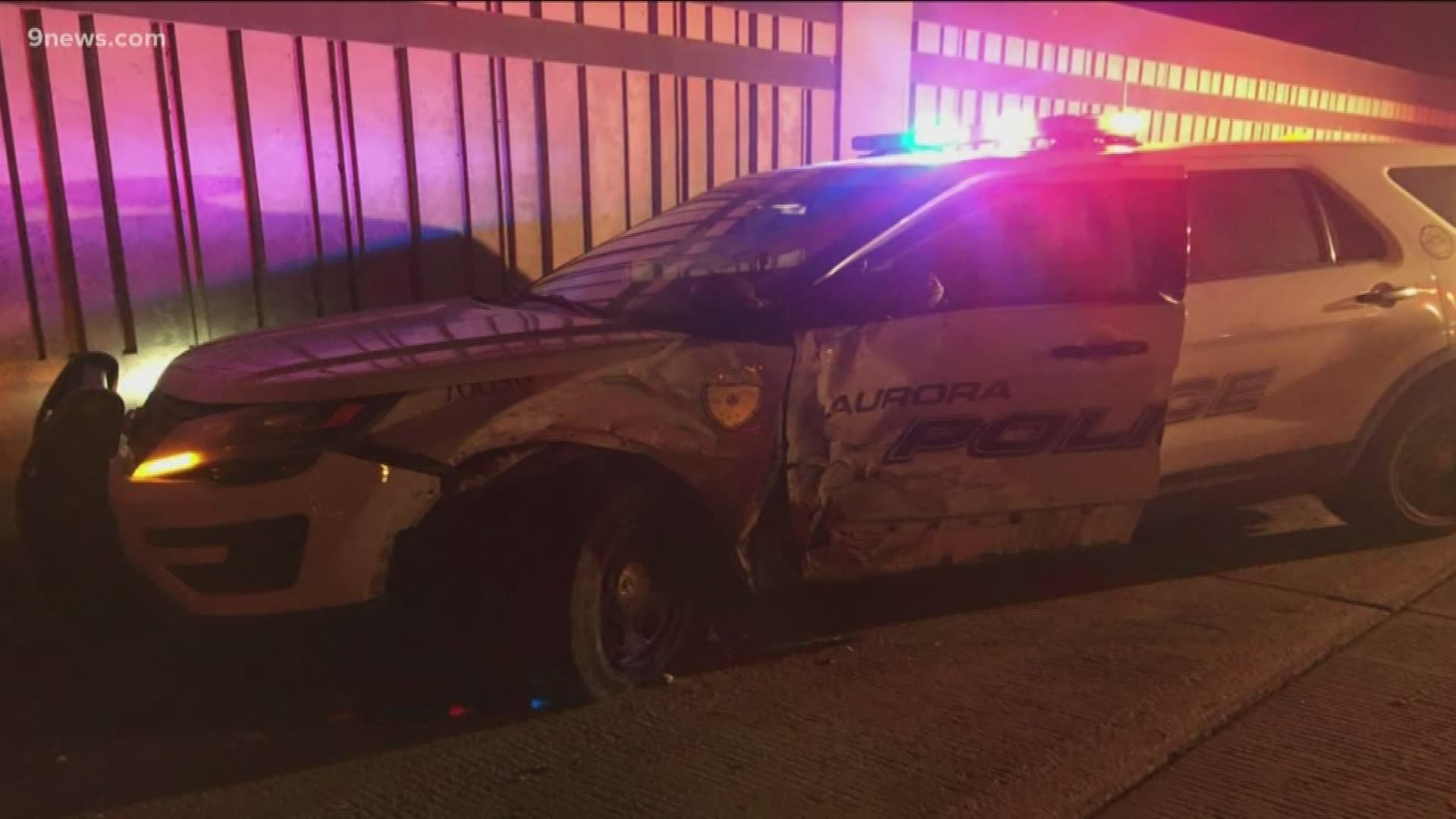 AURORA, Colo. — An Aurora police officer was taken to the hospital after another driver crashed into his patrol vehicle Tuesday night.

According to the Aurora Police Department (APD), the officer had stopped to help three women around 10 p.m. who had run out of gas on westbound Interstate 70 just west of Chambers Road.

While the officer was inside the vehicle, a truck crashed into the driver's side, pushing it into the car he had stopped to help. Police said he was initially stuck in his vehicle, but managed to climb out through a window.

The driver, identified as 28-year-old Aurelio Jeronimo-Morales (below), then ran off, according to APD, but was caught soon after with some help from Denver police. He was arrested on charges including DUI, hit-and-run and careless driving.

The officer and the civilian riding with him were taken to the hospital with minor injuries. No one else was injured, police said.