APD said 116 were arrested in an operation with the U.S. Marshals Service and Drug Enforcement Agency targeting dangerous offenders with active arrest warrants. 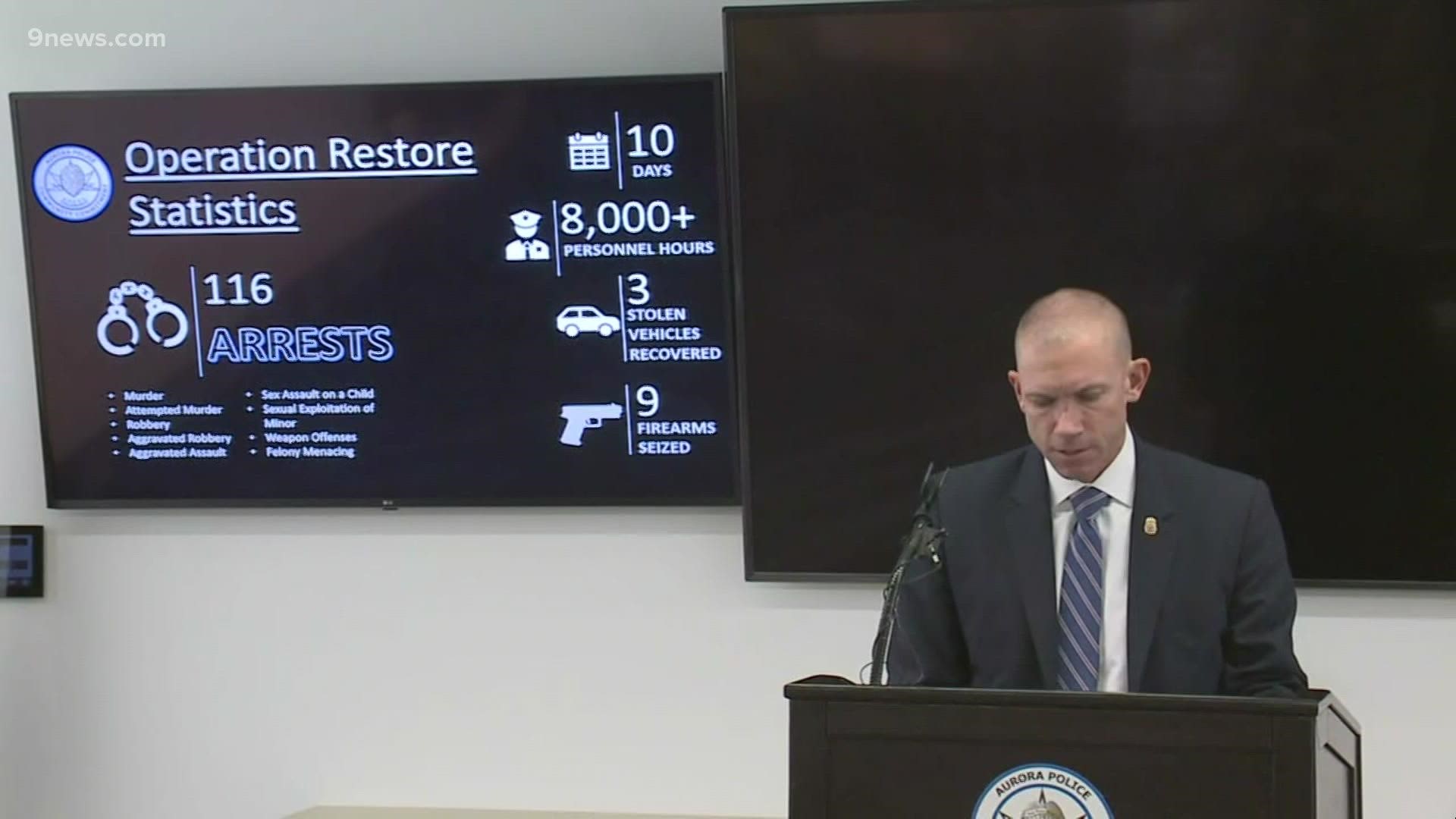 APD said Operation Restore was led by the department over the past two weeks targeting dangerous offenders with active warrants, resulting in 116 arrests.

Suspects were arrested on the following warrants, according to APD:

Olesky also said one suspect arrested is a major distributor of methamphetamine and counterfeit oxycodone pills, and is a member of an international drug trafficking organization responsible for distributing thousands of oxycodone pills laced with fentanyl.

"Operation Restore was spearheaded by the Aurora Police Department and the many units within it, and its success can be directly attributed the tremendous support from the U.S. Marshal’s Service, DEA, [U.S. Attorney's Office] and the 18th Judicial District Attorney’s Office," APD said in a statement. "These partnerships, and this operation, is a testament to our unified commitment of making our communities safer."

RELATED: 18-year-old shot to death; here are the neighbors that tried to help