Up to $7,000 reward offered in search for Aurora teen's killer

Xaviyar Lawrence Sturges, 17, was shot and killed at a Juneteenth celebration at Rocky Ridge Park off of East Mississippi Avenue. 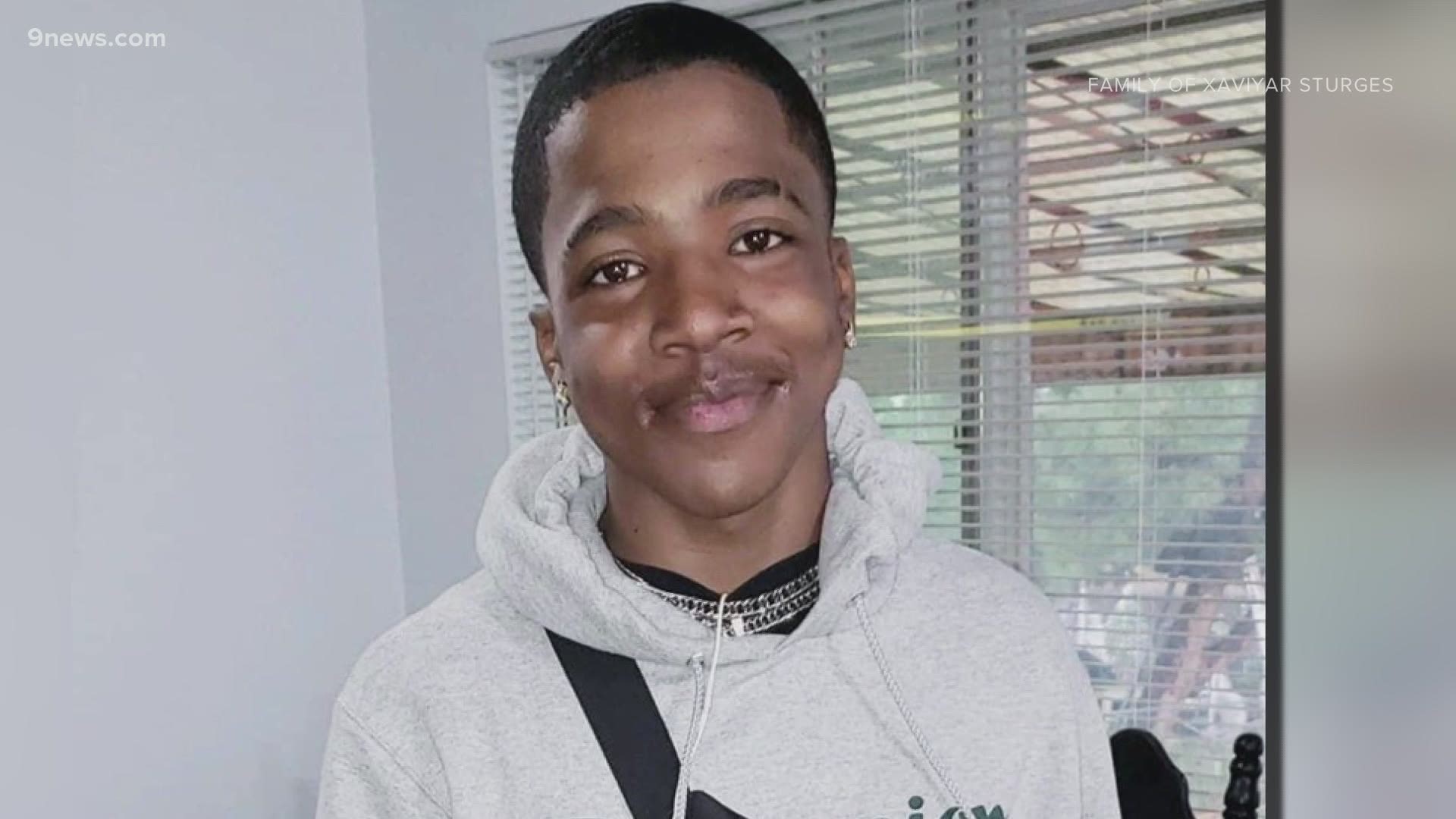 AURORA, Colo. — Police investigating a teen's shooting death are hoping a reward increase will compel someone to come forward with information to catch a killer.

Aurora Police (APD) are looking for the person who shot and killed 17-year-old Xaviyar Lawrence Sturges at a Juneteenth celebration that was being held at Rocky Ridge Park last June. Rocky Ridge Park is near the intersection of East Mississippi Avenue and South Lewiston Street.

>Video above: Uncle of homicide victim says his nephew was a good kid.

Aurora Police spokesperson Crystal McCoy said a witness estimated that there were around 1,000 people at the park at the time of the shooting.

He was taken to the hospital where he later died, APD said.

Aurora police said they are working to get information on a suspect but think the shooting was an isolated incident between the suspect and the victim. They said they do not think there is an immediate danger to the public.

Aurora Police announced Thursday the reward to find Sturges' killer has been increased to up to $7,000.

Aurora Police Chief Vanessa Wilson released a statement on Twitter after the shooting: “This tragedy cuts to the core of all our hearts. Praying for his family and friends. I ask the community to pray for peace for our city.”

RELATED: 'We can never bring him back': Uncle of teen killed on Juneteeth describes magnitude of loss

Anyone with information about or video of this incident is asked to call Crime Stoppers at 720-913-7867 or by visiting metrodenvercrimestoppers.com. Tipsters can remain anonymous and may be eligible for a reward of up to $2,000.

RELATED: Aurora murder suspect arrested after being on the run for nearly 9 months