The shooting happened at the PJ Mart on Peoria Street in Aurora on Nov. 2. 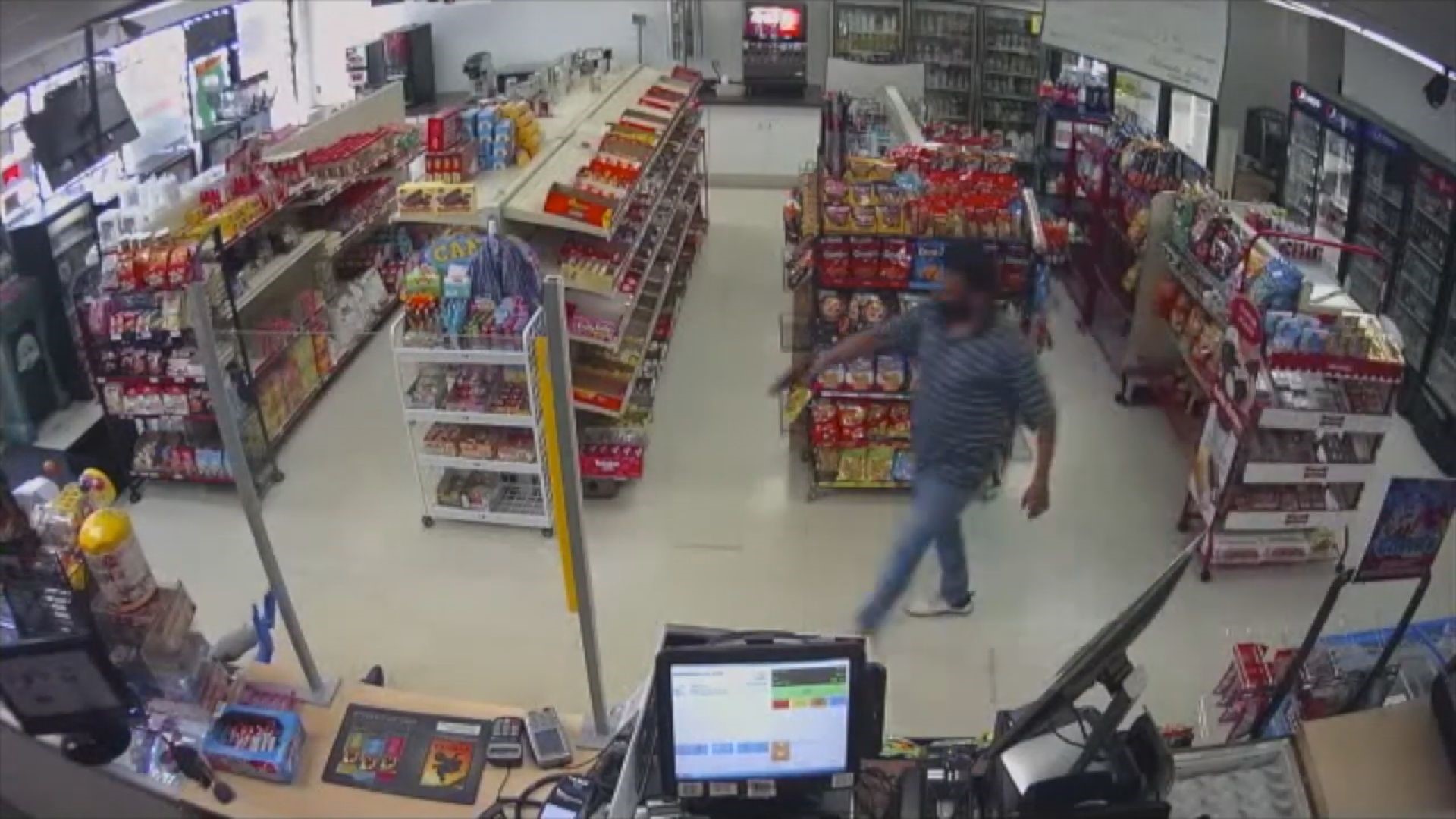 APD also shared security video of the incident. The video shows the suspect, who is wearing a gray hoodie, dark pants and beanie outside the store. He then walks into the store and goes to a cooler, gets a drink and heads for the counter.

When the suspect approaches the counter, he pulls out a gun, the video shows. The man is also wearing gloves, a medical-type mask over his face, and a winter hat under the hood of his sweatshirt, which he has pulled up on his head.

The video provided by APD doesn't show the actual shooting. Following the shooting, someone runs out from behind the counter armed with a gun.

Credit: APD
An employee (right) points a gun at the suspect, who is cowering on the floor in the bottom corner of the photo.

The suspect is then seen crouching down on the floor and putting his hands up before he's chased out of the store by the armed employee.

APD said the wounded clerk, only identified as an adult man, was taken to the hospital with serious injuries but is expected to survive.